A one vehicle accident occurred on April 8. Hunter J. Heitland, Williams, was traveling west on Second Street. Heitland reportedly fell asleep and crossed the road, hitting the guard rail on the south east side of the bridge, causing the vehicle to roll onto its top. Heitland’s vehicle sustained an estimated $7,500 in damage.

On April 7, Dorothy M. Holmquest, Webster City, was backing west bound out of a parking stall in the Hy-Vee parking lot. A 2015 Ford F15 was legally parked facing west bound. Holmquest did not see the F15 and hit the vehicle as a result. There were no injuries. The Ford F15 sustained an estimated $700 in minor damage.

Maggie Jo Atchison, Webster City, was traveling east down the alley between Bank Street and Division Street on April 5. While going down the alley, Atchison hit large pot holes in the alley which caused her to lose control of her vehicle. Atchison struck a power pole located in the alley. Atchison was given a citation for failure to maintain control. There were no injuries. Atchison’s vehicle sustained an estimated $1,200 in disabling damage. The power pole received an estimated $2,000 in damage.

On April 4 Billy D. Caquelin, Eagle Grove, was traveling north on Des Moines Street when he went to turn east on Division Street. Ashley D. Inman, Webster City, was following Caquelin and was unable to slow down in time for Caquelin to make the turn. Inman reportedly stated the brakes on the vehicle were getting old. Caqueiln’s vehicle sustained an estimated $100 in minor damage. There were no injuries.

A warrant was served to arrest Jared G. Prather, Webster City, on March 27.

Pangkham Somvong, Webster City, was arrested for possession of methamphetamine on March 26.

A warrant was served to arrest Jeffrey S. Johnson, Webster City, on March 26. 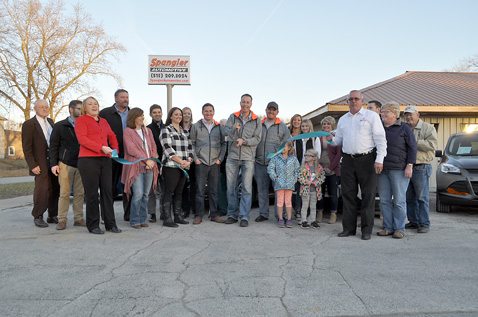