Chamber of Commerce cancels all events through Oct. 1 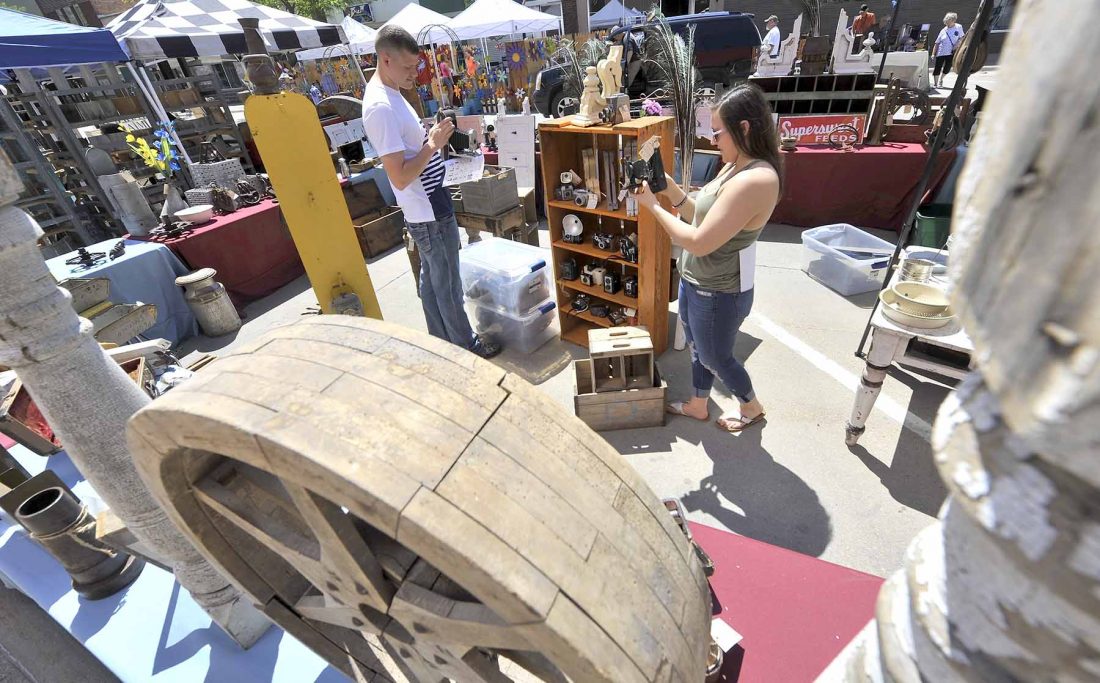 -Daily Freman-Journal file photo by Hans Madsen Jacob Naatz, at left, and Ashley Jochum, both of Fort Dodge, look over some of the old cameras for sale at the 2018 JunqueFest in Webster City. The 2020 JunqueFest, originally moved from May to August, has now been canceled by the Chamber of Commerce.

Junk enthusiasts will have to wait until next May to search for treasures at Webster City’s annual JunqueFest.

The annual event, sponsored by the Webster City Area Chamber of Commerce, has become another victim of the COVID-19 pandemic. Chamber officials announced Thursday that the celebration would be canceled. The Shoetown Market and the Chamber Golf Outing were also canceled. Shoetown Market was a second antique and salvage event planned for fall.

JunqueFest was scheduled for Memorial Day Weekend and later was rescheduled to Aug. 29 and 30 when the pandemic hit. This year would have marked the first time the event would be held at the Hamilton County Fairgrounds. For the past several years, JunqueFest had been held in downtown Webster City. Prior to that, Wilson Brewer Park was the venue for JunqueFest.

The annual event billed as “the best in all things rusty, dusty and salvaged” attracted thousands of shoppers and junk enthusiasts to the community each year.

“This was one of the hardest decisions of the Chamber Board of Directors. Knowing the rich history behind JunqueFest, we assure you this decision was not made lightly or without extensive conversation amongst the Board,” the group said in a statement.

The Board cited the increasing number of cases in Hamilton and surrounding counties. The organization said the decision was made after consultation with local public health and county officials.

“The safety and health of the community and participants is of the utmost importance to us. We will be back in 2021 and it will be bigger and better,” the Board statement said.