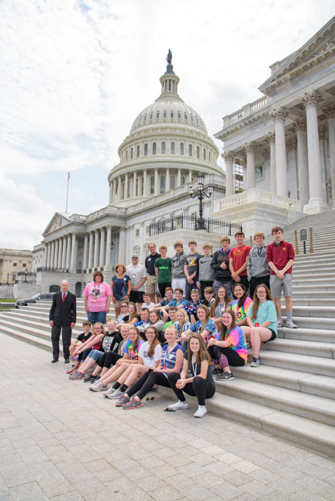 — Submitted photo Webster City students pose on the steps of the Senate with Sen. Charles Grassley during the WC2DC trip recently.

Thirty-two Webster City Middle School students and four adults took part in the annual WC2DC trip to Washington DC on April 28 to May 1.

On April 28, the group toured the Smithsonian Museum of Natural History and American History Museum, Iwo Jima Marine Memorial, Arlington National Cemetery where they observed the changing of the guard, World War II Memorial and the Korean Memorial.

The next day, the group had a White House picture stop; took a photo of the group on Einstein Statue; visited Vietnam Veterans’ Memorial Wall, where they did etchings of the names of men from Webster City and Highview; Lincoln Memorial; they watched the march for Climate Change Awareness that went from the capitol to the White House; visited the National Archives where we saw the Declaration of Independence, the Constitution, and the Bill of Rights, among other things; the Smithsonian Air and Space Museum; the Holocaust Museum; the Martin Luther King, Jr., Memorial; the Pentagon September 11 Memorial; The FDR (Franklin Delano Roosevelt) Memorial; and the Jefferson Memorial. That evening, near our hotel at National Harbor, they saw The Awakening sculpture on the sandy beach.

On Sunday, the group attended a church service at the National Cathedral; then went to the zoo to see the pandas and a few other animals; then to Mount Vernon to see George Washington’s home and plantation and the education center. Following dinner, they went to a play, “Shear Madness,” at the Kennedy Center for the Performing Arts.

On Monday, they made a quick stop at the Trump Hotel (formerly the Old Post Office) to see the recent renovations; to Ford’s Theater to hear the story of the assassination of President Lincoln; across the street to the Peterson House, where Lincoln died; and the education center. After lunch at Union Station, the group walked past the Supreme Court building, before we toured the Capitol and met with Sen. Charles Grassley on the steps of the Senate. Then, we had the group photo taken on the steps of the Grant Memorial in front of the capitol, and went to the National Gallery of Art and walked through the sculpture garden before heading to the airport for the return trip. 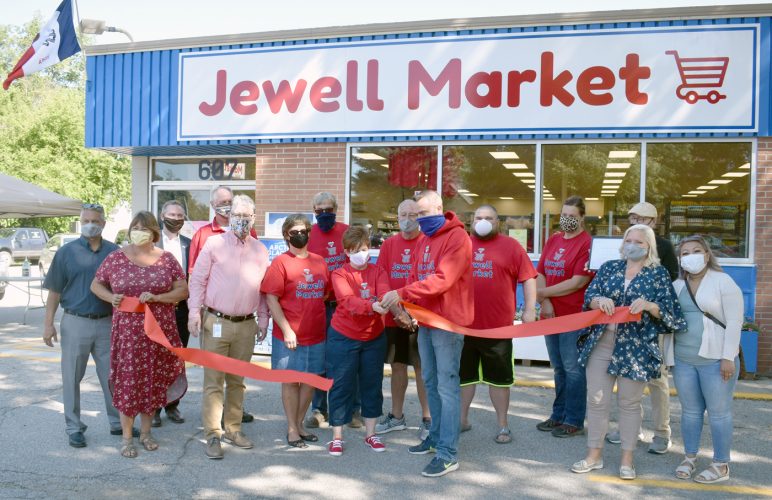 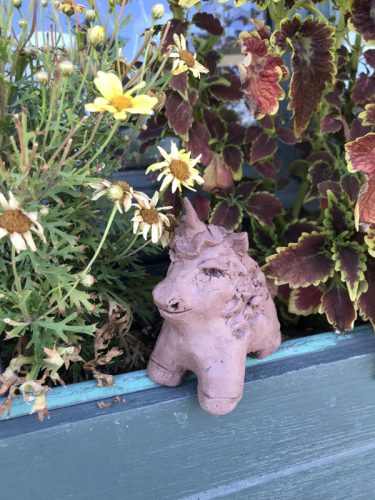