Adams’ No. 1-ranked Dodgers put on a show against Lynx 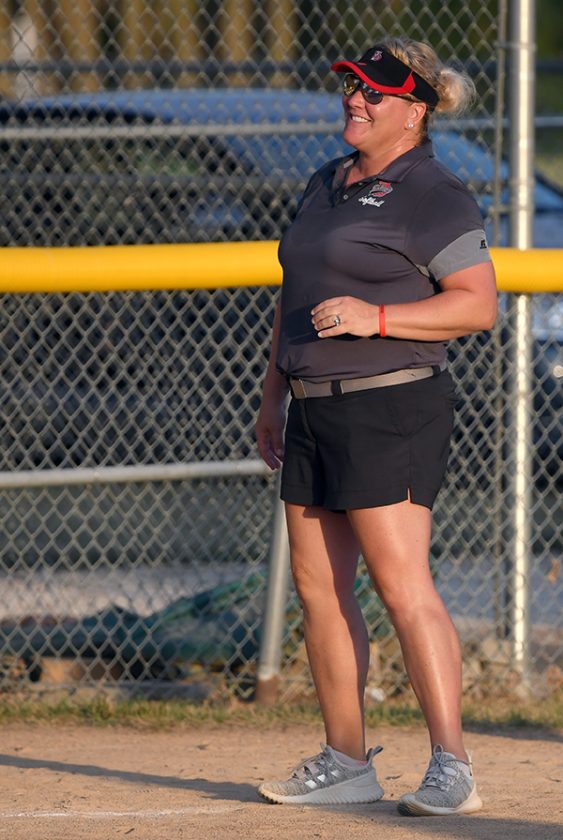 WEBSTER CITY — The legend of Andi Adams echoes around Lynx Field each time that it comes to life during the summer months. It was on that small chunk of dirt that one of Webster City’s all-time great softball players left an impregnable impression on the program and the community that watched her play all those years ago.

Some of those same diehard fans welcomed her back to her former home with open arms Tuesday night and were treated to another show by the Webster City Hall of Fame member. Only this time, Adams was in the third-base coaching box and it was her daughter, Jalen, who was responsible for the gasps from beyond the fences.

Jalen Adams, an all-state sophomore, tossed a no-hitter and went 3 for 3 at the plate with a double and two RBIs to power top-ranked (Class 5A) Fort Dodge to a runaway 16-0, 4-inning victory over WCHS. The Dodgers (21-3) ripped off 15 hits and scored multiple runs in each of their at bats to overwhelm a Lynx club that simply couldn’t keep pace.

Andi Adams, also a member of the Buena Vista University and Iowa Girls Coaches Association Halls of Fame who is nearing 700 career coaching victories, stood near her former home at first base and bathed in the nostalgia with a smile on her face afterwards. She doesn’t get many opportunities to return to her former stomping ground, so she took a moment to enjoy it, and her daughter’s exploits only added to the experience.

“It’s nostalgic, really,” Adams said. “My players don’t care that I played and they don’t even know if I was good or not, but I’m standing right here like I used to and it was just as packed as it was (Tuesday night). It was fun. 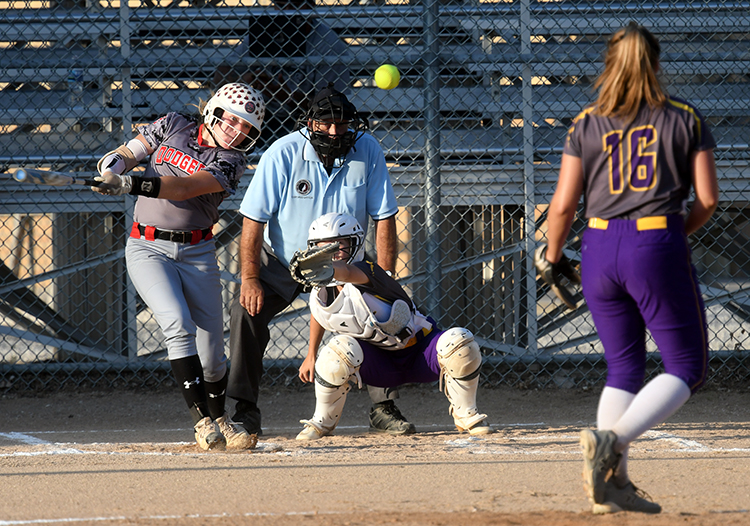 “Jalen, I don’t ever say anything about my kid, but she’s almost impossible to get out right now. She’s on fire. She and I talked a little bit (earlier in the day) about it … I told her it’s going to be kind of weird because this is where momma played, and she just had this smirk on her face.”

Webster City’s only base runners were by Jalen Adams’ own doing. The hard-throwing right hander hit the first two batters of the game — Kelly Stoakes and Taylor McKinney — and then plunked Stoakes again in the third inning. McKinney, a five-year starter at shortstop, took a heater to the ribs and later was forced to leave the game. She was taken to Van Diest Medical Center for an X-ray; no ribs were cracked, and WCHS head coach Jess Howard is hopeful McKinney will be able to finish out her career on the field.

“That’s going to hurt us both offensively and defensively if she has to miss time, so we’re hoping for the best,” Howard said.

WCHS (6-4), which saw its three-game win streak evaporate, struck out just four times and hit the ball hard on several occasions. Leah Kasch had two potential doubles taken away in the gaps by Fort Dodge’s speedy and dynamic outfield, and Fallon Casey was robbed of a base hit down the first-base line in the third inning when Dodger right fielder Malia Lowrey seemingly came out of nowhere to make a sliding basket catch. Lowrey then threw a bullet from her knee to first base to double off Stoakes, who was only three or four steps off the base. 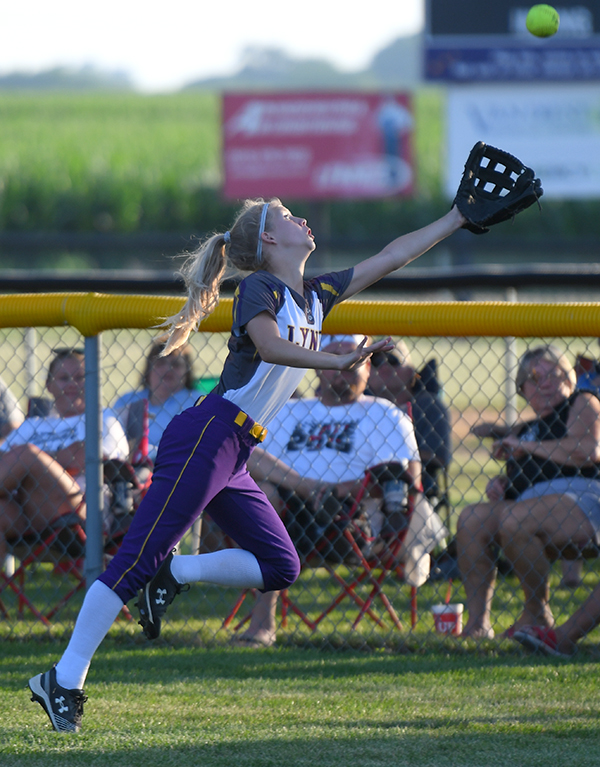 A double off the bat of Fort Dodge’s Martyne Lowrey is just out of the reach of WCHS right fielder Addie Tesdahl on Tuesday. DFJ photo/Troy Banning

“That’s a very good team we competed against and a couple of those would have dropped for us (against other teams),” Howard said. “Knowing that we can hit all-state pitching is going to take us into the next couple of games.”

The Lowrey twins — Malia and Martyne — combined to go 6 for 6 at the plate and score four runs. Haley Wills added two hits, and eight of the Dodgers’ nine starters had at least one knock.

Jalen Adams, who is hitting .600 on the season, laced a lead-off single to center in the first that eventually led to the only run the Dodgers would need. She also roped an RBI double to left in the second and an RBI single to the same part of the park in the fourth. 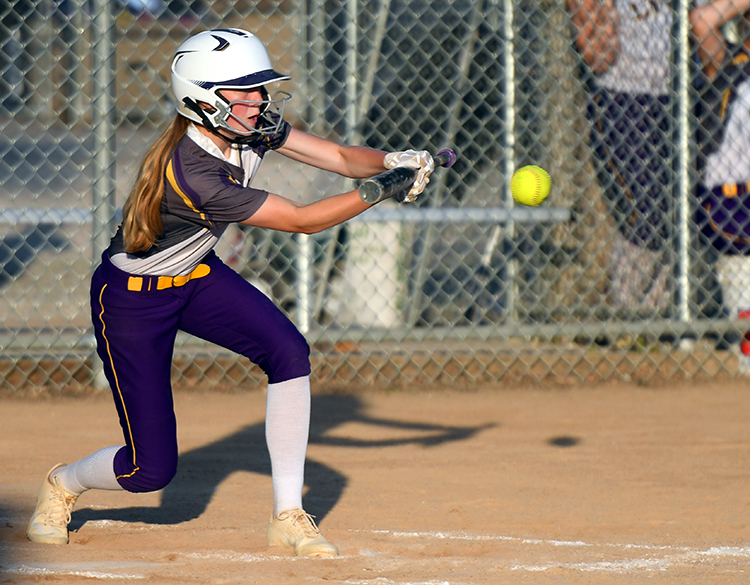 “We just play hard,” Andi Adams said. “We run hard, we hit hard and we have to because of the (5A) juggernauts that we play. We have to be ready. And these girls work and work and work. If they struggle, there will be players that go home and hit, so I’m blessed. I really am.”

The Lynx tough week continued last night with a contest against fourth-ranked (1A) Bishop Garrigan in Algona. WCHS will wrap up the week on Friday with a home date against another No. 1 — (4A) Carlisle. 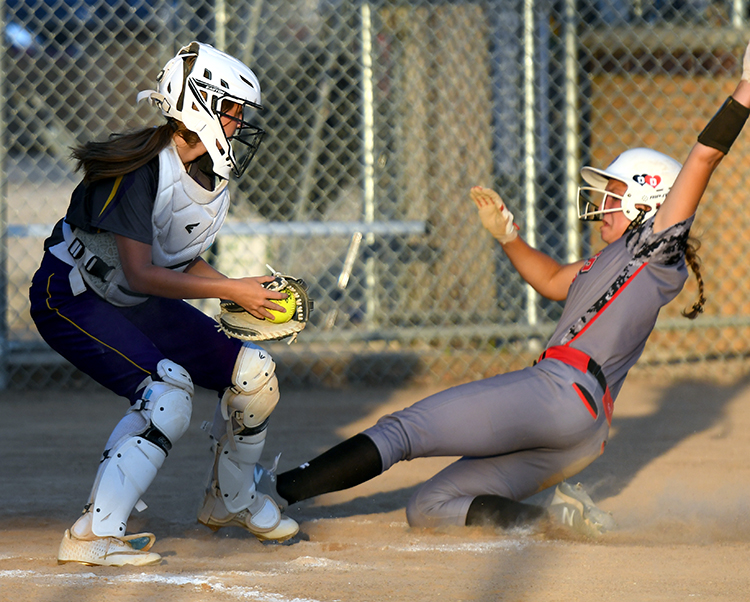 A double off the bat of Fort Dodge’s Martyne Lowrey is just out of the reach of WCHS right fielder Addie Tesdahl on Tuesday. DFJ photo/Troy Banning