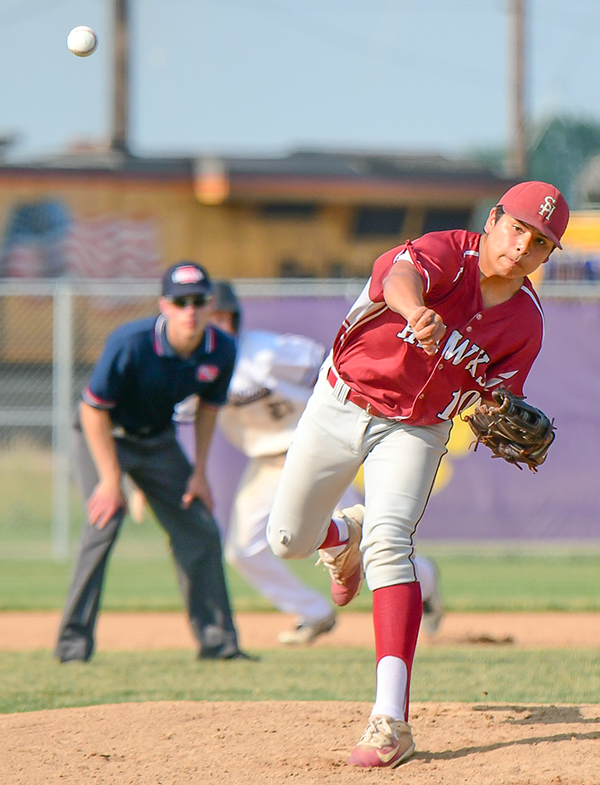 South Hamilton pitcher Elijah Balderas works off the mound during Game 1 of a doubleheader against Nevada on Monday. DFJ photo/Angela Hewitt

And the bottom of the Hawks’ order was a big reason why they sailed through the twinbill with relative ease.

“We don’t miss a beat usually with those guys (at the bottom of the order),” South Hamilton head coach Kyle Galetich said. “A lot of times the middle of our order gets on and they do a great job of swinging the bat at the bottom. I think that’s why we get some bigger innings.”

South Hamilton broke out a six-run third inning to overcome an early 2-0 deficit in Game 1, and the Hawks rolled the rest of the way. They scored once in the fourth and then twice in the fifth to put the Cubs (4-10, 2-8 HOIC) away. 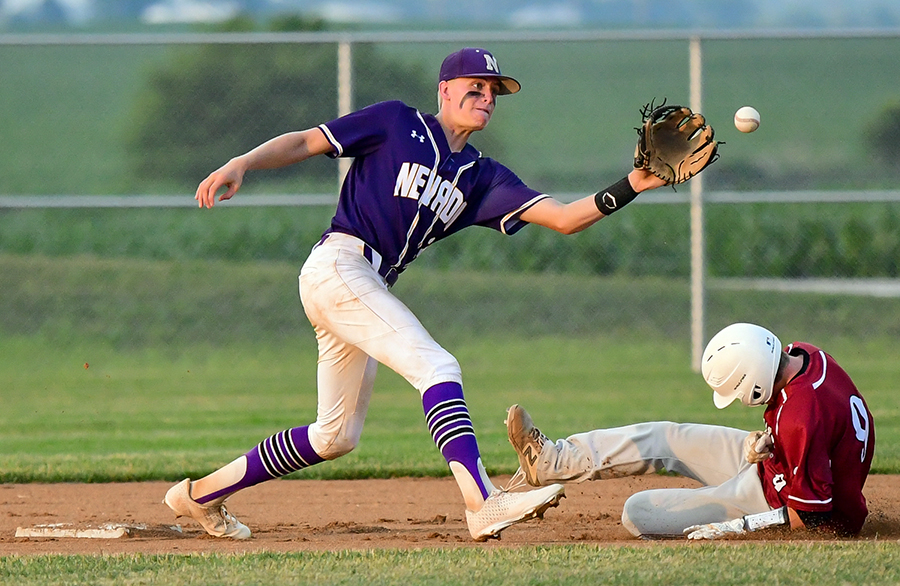 South Hamilton’s Brock Galetich (9) slides into second base under the throw against Nevada on Monday in Nevada. DFJ photo/Angela Hewitt

Balderas worked six innings on the bump before he handed the ball off to Tanner Blue in the seventh. Balderas allowed five hits, walked four and struck out three.

“We did a good job of working all of their pitchers,” Kyle Galetich said. “We worked counts and still put good swings on the ball.”

Quinton Grove joined Balderas and Feighner with two hits in Game 2. Grove found the gap for a double and drove in one run. Lane Swenson also laced an extra base hit and plated a run. 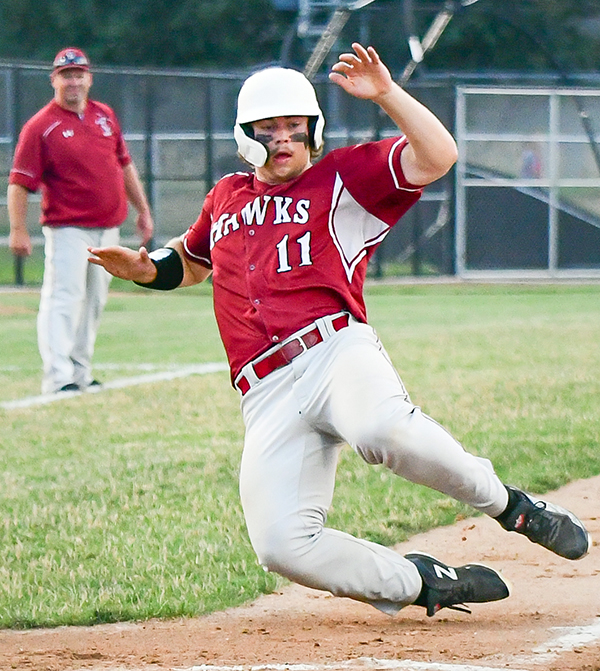 Brock Galetich, Barkema and Hewitt all had one hit. Flaugh had an RBI.

Brock Galetich limited Nevada’s bats over 61⁄3 innings on the mound before, once again, Blue came on in relief. Galetich fanned eight and walked just one to earn the victory.

South Hamilton will head to Des Moines this evening to take on Saydel. The Hawks will close out the regular season on Thursday at home against fifth-ranked (Class 3A) Gilbert, and will then turn their attention to Saturday’s 2A district game against Prairie City-Monroe in State Center.

South Hamilton pitcher Elijah Balderas works off the mound during Game 1 of a doubleheader against Nevada on Monday. DFJ photo/Angela Hewitt

South Hamilton’s Brock Galetich (9) slides into second base under the throw against Nevada on Monday in Nevada. DFJ photo/Angela Hewitt