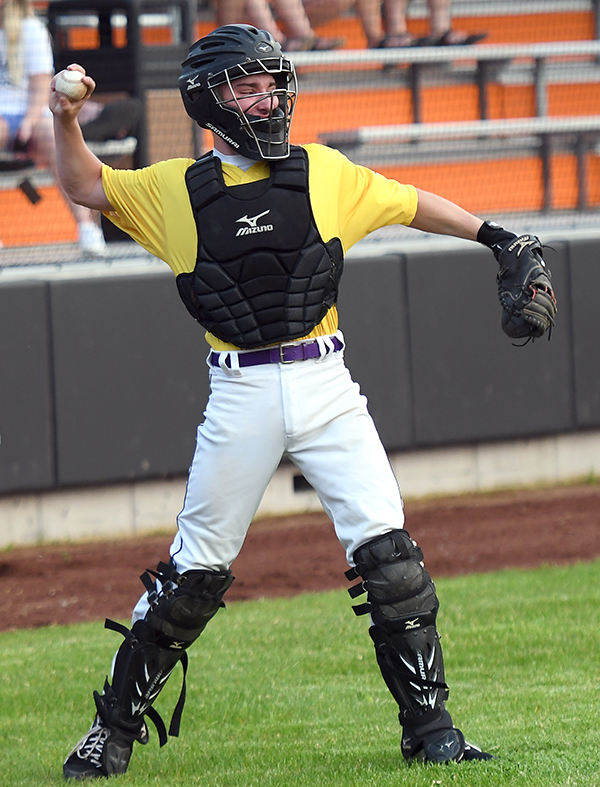 Webster City catcher Devon Stoakes tosses the ball back to the pitcher during a game against Ames last summer. WCHS will open its 2020 season at Hampton-Dumont/CAL on June 15. DFJ file photo/Troy Banning

WEBSTER CITY — Officially, Webster City will play baseball and softball this summer. Officially, the teams now know what their month-long journeys will look like too.

Schedules were released for both teams yesterday afternoon. The Lynx baseball team has 14 games on its docket — eight at home and six on the road. The Lynx softball squad will play 13 games — five at home and eight on the road.

WCHS athletic director Joe Shanks and head softball coach Jess Howard were in agreement that removing weekend tournaments was the right course of action to ease novel coronavirus concerns. The Lynx were originally scheduled to take part in tournaments hosted by Roland-Story and Martensdale St. Marys over the final month of the season; the Roland-Story tournament was canceled, while WCHS removed itself from the Martensdale St. Marys event.

Both Lynx squads will open up on the road against North Central Conference rival Hampton-Dumont/CAL on June 15.

Other non-conference opponents for the WCHS baseball team include Boone, Ballard, Nevada and Coon Rapids-Bayard.

Practices will get under way on June 1.