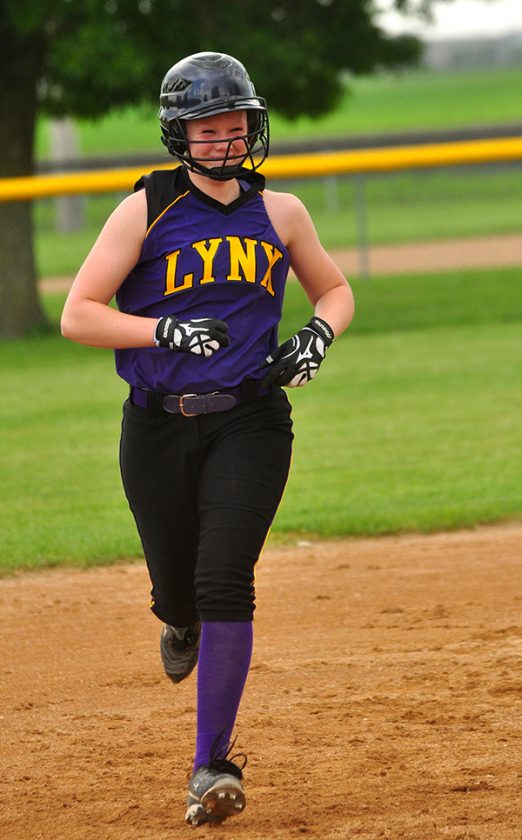 Kaitlyn Biere holds Webster City records for home runs in a season (11) and home runs in a career (16). But inside the pitcher's circle is where she was a multiple-time all-state selection. The 2013 WCHS graduate is the DFJ's Softball Player of the Decade.

Webster City softball coach Jess Howard knows how lucky she is; her rookie season at the helm in 2009 just happened to be the same summer that Kaitlyn Biere stepped onto the scene.

And for five years Howard never had to worry about the Lynx pitching staff.

So when it came time to choose the Daily Freeman-Journal’s Softball Player of the Decade, Biere was an easy choice. And it wasn’t just because of her work inside the circle.

The girl was a fantastic softball player. Not just a pitcher, but an all-around player.

“She was actually a God send to me,” Howard said. “I was told that I had a pitcher coming in, but I didn’t realize how good she was until I started working with her. She’s a product of working hard in the offseason … we were definitely very lucky to have her on the mound for five years.”

Biere’s career numbers inside the circle — 98 victories, a 1.19 ERA and 990 strikeouts — put her in select company in Webster City’s rich history. Of the 1,079 innings the Lynx played over her five years, she pitched 935 of them. And in North Central Conference play, she threw all but 13 of nearly 600 innings.

But don’t forget, Biere could hit too. In fact, she’s one of the program’s all-time best power hitters. She set a single-season school record with 11 home runs as a senior in 2013, and her 16 career dingers tops the career leaderboard. She hit .321 over her career, including .376 as a junior and .429 as a senior.

“Her consistency at the plate was really good and she hit for power,” Howard said. “She was a heck of a base runner too … she just understood the game.”

Biere currently is an elementary teacher and lives in Ames.