Lynx, ’Dogs both perfect; something must give 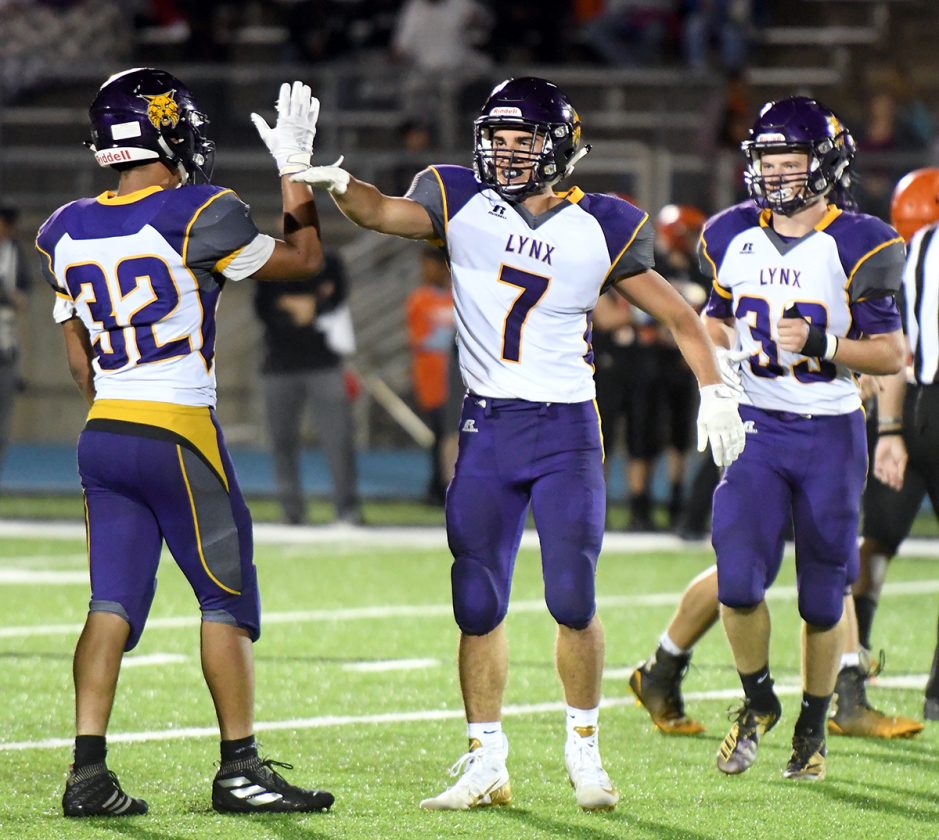 WEBSTER CITY — The numbers scream PlayStation, not reality with flesh and blood players and a 48-minute clock.

There’s no way they’re real, right? That’s the story Wyatt Wegener’s resume tells through three weeks. Algona’s 6-foot, 200-pound wingback who has drawn interest from both Iowa and Iowa State has an obscene amount of talent, and so far he’s left dejected defenders littered all over the gridiron.

Wegener averages 19.8 yards per touch — per touch! — and scores a touchdown on every third or fourth time he has the ball. And it’s not like his number is being called only a handful of times per outing.

If anyone wonders why third-ranked (Class 2A) Algona (3-0) is unbeaten, averaging better than 48 points per game and outscoring its foes by nearly 33 points, well, there you go. 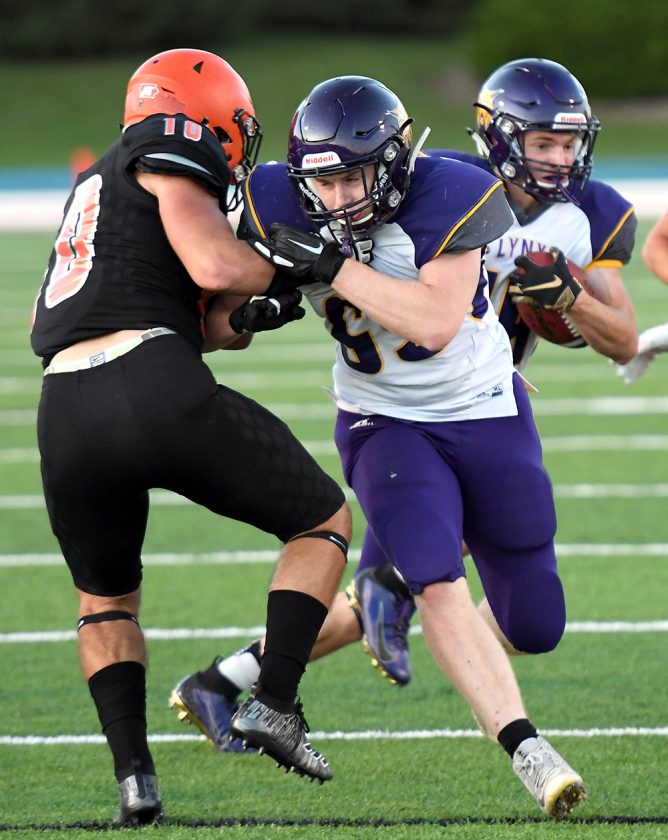 Webster City (3-0) will get a first-hand look at Wegener this evening when it puts its own unblemished record on the line against the North Central Conference rival Bulldogs at Lynx Field. Kickoff is set for 7:30 p.m.

However, Lynx head coach Bob Howard went a different route when explaining why Algona is so dominant. Sure, Wegener jumps off the screen when you watch film, but so does the Bulldogs’ all-senior offensive line of Andrew Hamilton, Gavin Meints, Caleb Larsen, Sawyer Curtis and Cole Lewis — a group that averages 249 pounds across the front.

“Wegener is a great athlete, but everybody has got a good athlete or two,” Howard said. “The main thing is their line. Four of them are back from last year, they’re big and they’re physical and they play with an attitude.”

While Wegener does most of his damage on the perimeter — sweeps after coming in motion, or on direct snaps out of the wildcat — it’s Algona’s running ability between the tackles that has Howard concerned. In last season’s 34-21 win over WCHS, Algona received 260 yards from tailback Jacob Durant. He’s gone, but Monte Bawden, the fastest kid on the track in the NCC last spring, has taken over and is averaging 9.4 yards per touch.

“We have to control the line of scrimmage from tackle to tackle and not let them run for 300 yards,” Howard said. “We need to get the ball to the outside or over our heads, but not up the middle. We can’t be gutted first and that’s what they did last year.”

With quarterback Tyler Manske throwing for 548 yards and six TDs, it’s easy to see why Algona has the No. 1 offense in 2A. It’s a versatile, speedy and powerful group that won’t be easy to stop.

“They’re good and the accolades they’ve got are deserved until somebody beats them,” Howard said. “They’re going to be very fired up when they come in here and we need to be more ready to play than we were last year, and we will be.”

But WCHS isn’t exactly meek on the offensive side of the ball.

Algona will have its own problems with the Lynx, who own the No. 6-ranked rushing offense in 3A. Led by tailback Trey Mathis and wingback Garrett Whitmore, WCHS averages 278 yards on the ground and is coming off its most successful assault in last week’s 48-32 victory over Waterloo East.

Mathis is No. 4 in 3A with 421 rushing yards and he’s already reached the end zone 10 times. If Mathis supplies the thunder, then Whitmore is most certainly the lightning with 359 yards and three TDs. With dizzying speed on the outside, Whitmore is more than capable of getting past the defense each time he touches the ball.

But once again, Howard goes right back to the line of scrimmage. Algona’s defensive front will be a handful.

“They’re physical up front on defense and they’ve got good size,” he said. “That’s a challenge for us because if they can move the line of scrimmage into our backfield then we can’t move the ball.”

This will be the final opportunity for both teams to improve before the start of the district slate in Week 5. But be sure that neither is looking ahead. Even without any district title implications in the picture, this is a big game.

“The main thing is we want to keep getting better every week,” Howard said. “If we play as well as we can play, we can come out on top.”