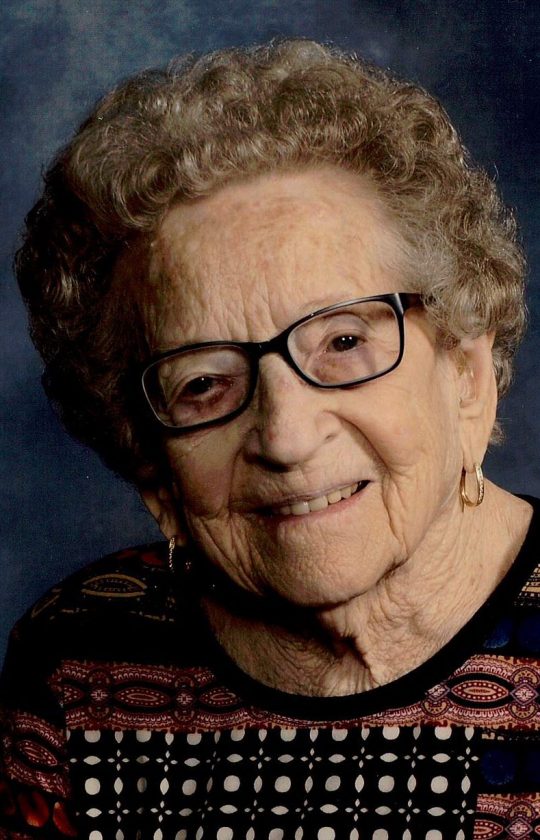 Lillie Anna Hinrichsen Gronbach, 99, surrounded by her loved ones passed away peacefully at home on Saturday, February 29, 2020. Funeral services will be held at 11:00 a.m. on Friday, March 6, 2020, at Foster Funeral and Cremation Center with Pastor Gina Sterk, officiating. Burial will be at the French Cemetery northeast of Woolstock. Visitation will be one hour prior to the service.

Lillie was born October 7, 1920, in Moorland, to Henry and Anna Guse Hinrichson.

She attended rural schools and Woolstock High School. Lillie married Robert A. Hisler on October 16, 1936. Born to this union was Robert Vern, Barbara Kay and Marilyn Joyce. Robert A. passed away in 1975. On September 19, 1981 she was united in marriage to Vern Gronbach, to this union brought two step-children, Phil and Susan. Vern passed away in 2000.

Lillie had worked for R.A. Patterson for 30 years before retiring. She was an avid card player and the game 500 was by far her favorite. Lillie also loved to watch the birds, dance, listen to polka music and torment the squirrels that liked to hang out on her bird feeder.