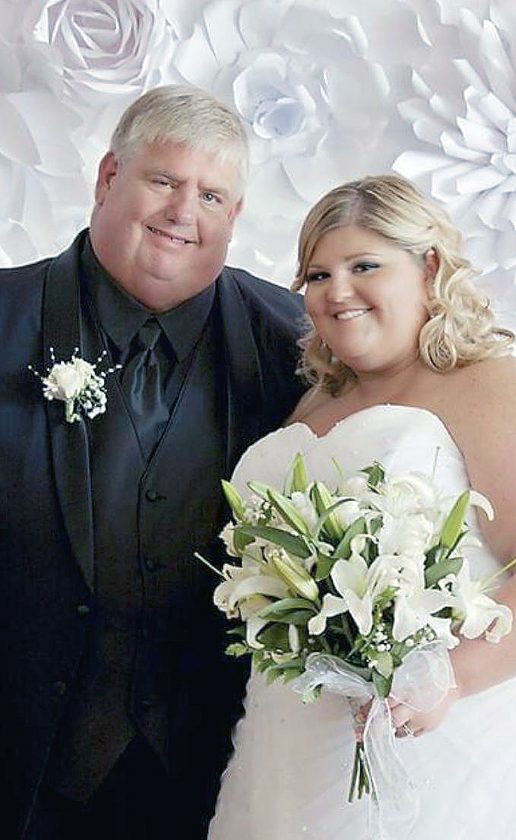 — Submitted photo Larry Ross poses with his daughter Molly Pickett on her wedding day. Friends and family are remembering the Webster City businessman who died on Tuesday.

His daughter Molly Pickett loved seeing him interact with his three grandsons — Cole, Drew and Henry –making breakfast for them on Saturday mornings or chasing geese in the golf cart at the golf course.

Those memories are bubbling to the surface this week as the family, friends, employees and the community is reeling from the news of Larry Ross’ death.

Ross, 68, longtime owner of Seneca St. Saloon, died Tuesday at Mercy Medical Center in Des Moines. His wife, Kay, said Ross pulled a muscle in his abdomen last week. By Saturday night, the pain from the injury had gotten worse and in the middle of the night, she took him to Van Diest Medical Center. A CT scan revealed a tear in abdominal muscle that was bleeding into itself, causing a large hematoma. 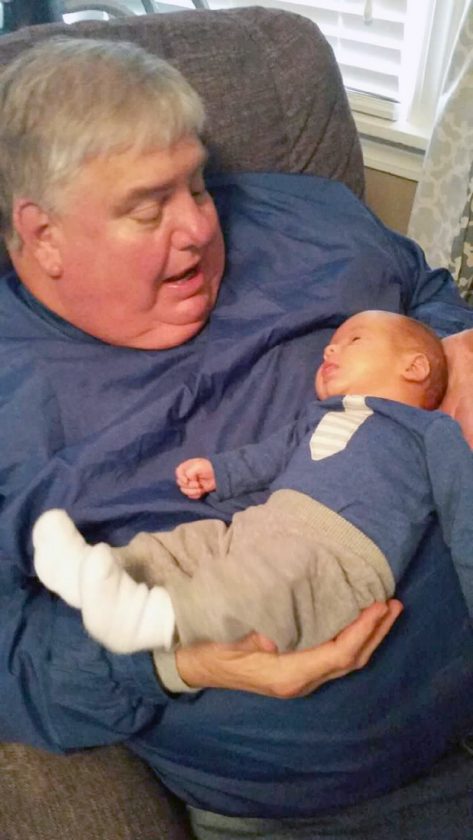 “It was very painful,” Kay said. “And all they could do was try to manage the pain with meds.”

He returned to the hospital on Monday morning and was admitted so that his pain could be addressed with IV medication.

In order to be admitted, Ross was given a COVID-19 test, which came back positive.

“Everyone was shocked, including Dr. Subhash. Larry had no symptoms and he wasn’t treated for it,” Kay said.

Later that day, his condition deteriorated and the decision was made to transport Ross by LifeFlight to Des Moines. But before he could get on the helicopter, Ross coded. He was revived and was put on the helicopter. But he coded again while in flight and they couldn’t bring him back.

Kay was not able to be in the hospital with him, due to his COVID-19 diagnosis. But she was determined to see her husband before the helicopter left, so she met the gurney as the crew was wheeling him to the helipad. She let him know that she was there, told him she loved him and gave him a kiss.

“I was able to see him one last time,” she said.

Larry Ross opened the Saloon 40 years ago with friend and business partner George Rasmussen. Ross was no stranger to the bar industry as he had worked for establishments owned by his father and uncle growing up.

“At one time the Ross family kind of had a corner on the bar business in Webster City,” according to Kay.

The old Brins’ warehouse on Seneca Street proved to be the perfect location for the business. The two friends remodeled the building, taking the walls down to the familiar brick work still seen today.

In 1985, they expanded and eventually opened the kitchen to begin serving food.

His children said that Ross always said he was a sports bar before they were a “thing.”

Kay and the children all put in hours working at the Saloon through the years.

“He taught them all some great lessons about how to have great relationships with people and how to be a team player,” Kay said.

Jason Stampka, a longtime friend and former employee, said the news of Ross’ death was devastating.

“Truthfully, I pulled over and cried when I found out. And then Erik (Stroner) and I called one another and we cried to one another. It was devastating. I never saw it coming,” he said.

“I’ve known Larry for 30 years,” said Jason Stampka. “I worked at the Saloon for 7 or 8 years with (Stroner), and Larry basically helped me get into golf and made me better. There would be Sunday mornings where Larry would be doing book work and we (Stroner and Stampka) would go talk to Larry. We’d talk about sports, or life, or anything really for a couple hours. He was just special to both of us.

“I always said if I got in trouble with the law, he’d be the first person I’d call and he’d bail me out, no questions asked. If you had any life problem, Larry was there for you.”

“If Larry knew you, he would give you the proverbial shirt off his back to help you at any moment,” Stroner said. “He was just a great friend.”

Ross was a strong supporter of local sports. School teams would frequently find themselves gathered around a table with Ross serving them pizza or a spaghetti dinner. He frequently donated to local fundraising causes for the teams and was a familiar spectator at local sporting events – even those in which his children weren’t involved.

Ross’ passion for the game of golf was also well known in the community, as well as around the state of Iowa. At one time, he was one of the top 10 golfers in the state, according to his wife. Matt Ross said his dad played his best year of golf the year he turned 50. Larry Ross won a state match play tournament for seniors and the Lakeside Amateur, along with other tournaments.

His love of the game was something that he liked to share with others. He helped coach his own children and countless others, including those on the school golf teams.

“It started long before us and it continued long after we were out of high school,” Matt Ross said.

“He took me all over the state playing golf, and he gave me a job when I was a kid and in college,” Wood said.

“When Katie and Molly started playing high school golf and had some good teams, he really saw how much fun that was to work with the kids. He just had a lot of fun, and he had a lot of knowledge for the game and he liked to share it,” Wood said.

— Submitted photo Larry Ross poses with his daughter Molly Pickett on her wedding day. Friends and family are remembering the Webster City businessman who died on Tuesday.

Daughter Katie said during her high school career, “The girls golf team had two of the best coaches in the world — Jean Mowry and my dad.”

Avery Fuhs, who was part of the state title teams in 2015 and 2016, said Ross was a great mentor and role model.

“He was as big as any coach or role model could be for us. I know his daughters each won a (state championship) ring and he might as well take our two rings, too, because he was behind the scenes big time,” Fuhs said.

Fuhs fondly remembers those nights when Ross would bring the teams in for pizza.

“One of our favorite things with him was every year before sectionals and districts, which would be on Friday, Larry would always have us down to the Saloon on Thursday and buy us pizza. We would talk about the course and he was just always there for us,” he said.

Drew Fielder, another member of the 2015 and 2016 state teams, said Ross played a big part in the team’s success.

“No one really knows how much he did for the program behind the scenes, but we don’t win all those trophies and those state titles without Larry. He would go out of his way to help all of us,” according to Fielder. “He was a great teacher and he was cool to talk golf with because he loved it.

“He saw potential in me and really shaped me as a golfer.”

“Larry loved having his hand print on the (golf) team, but he didn’t take any credit for it. When Joe Malek was the coach, I looked at it as Larry worked with a lot of young kids and then he’d pass them on to Joe so that Joe had something to work with. It takes guys like that to have good teams, because golf is hard,” he said.

“He was a community leader, he was a business guy in town and everybody knew him. So it’s a huge loss for the community,” Dawson said.

Funeral services for Larry Ross are pending with Foster Funeral and Cremation Center in Webster City.

Kay Ross also tested positive for COVID-19 and is currently in quarantine at her home, making an extremely difficult time even more so. But she’s grateful to all of the people who have reached out with condolences and words of sympathy.

She wants people to remember how proud her husband was of Webster City.

“He never wanted to live any place else. He was proud to be a Webster City businessman,” she said.