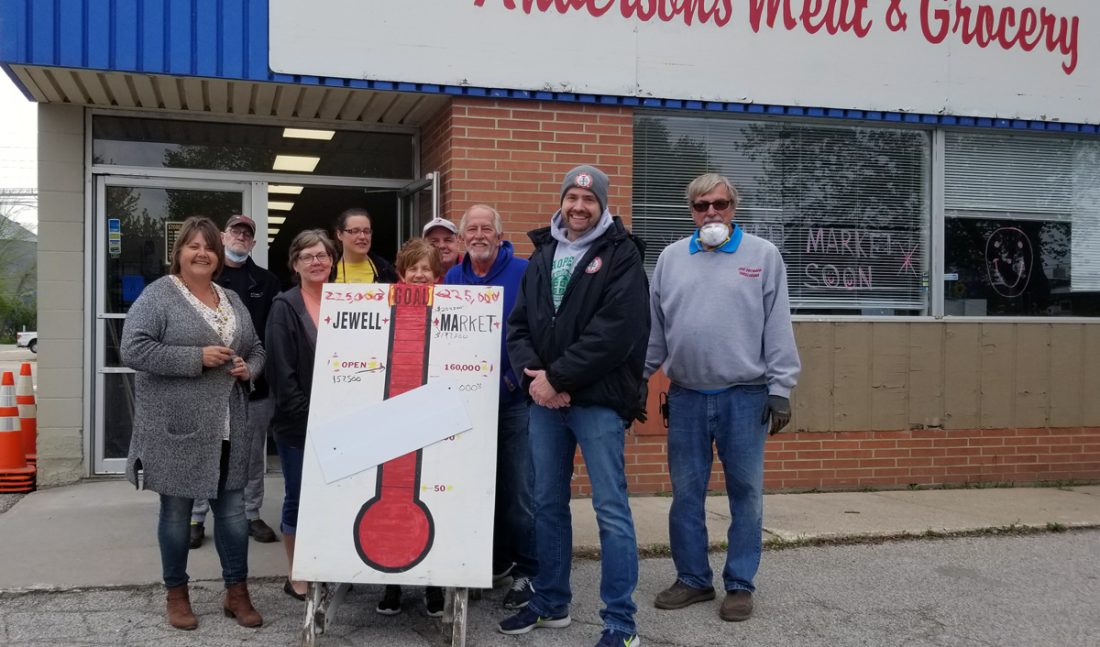 — Submitted photo Members of the Jewell Market Board gather around the thermometer that shows they have reached the fundraising goal to reopen the grocery store.

JEWELL – The final fundraising push to raise money for the reopening of the Jewell grocery store brought about donations that surpassed the original goal of $225,000.

A grand total of $234,222 was raised, according to committee member Rick Young. The total included $154,000 raised the final five weeks of the campaign as the committee held Grab-N-Go meals at the market. The final event on Mother’s day, brought in cash and check donations of $11,627.

Additionally, former Jewell resident, Kellie (Jewell) Tesch, a staff member of the J.A. Wedum Foundation in Minneapolis, submitted a grant application on behalf of the market. The committee recently received notification that it had been awarded a $10,000 grant. A second check came in from an anonymous donor in the South Hamilton area who made an $8,395. donation through Enhance Hamilton County Foundation.

“There are not metaphors or analogies to describe the unbelievable support from the community,” Young said.

Tentative plans call for the market to open on June 5.