-Messenger photo by Hans Madsen Kent Harfst, assistant city manager and recreation and public grounds director in Webster City, enjoyed the Boone Valley Trail in Webster City for a May, 2018 article. Harfst was killed early Saturday morning in a traffic accident near Sioux City while riding an across Iowa run. 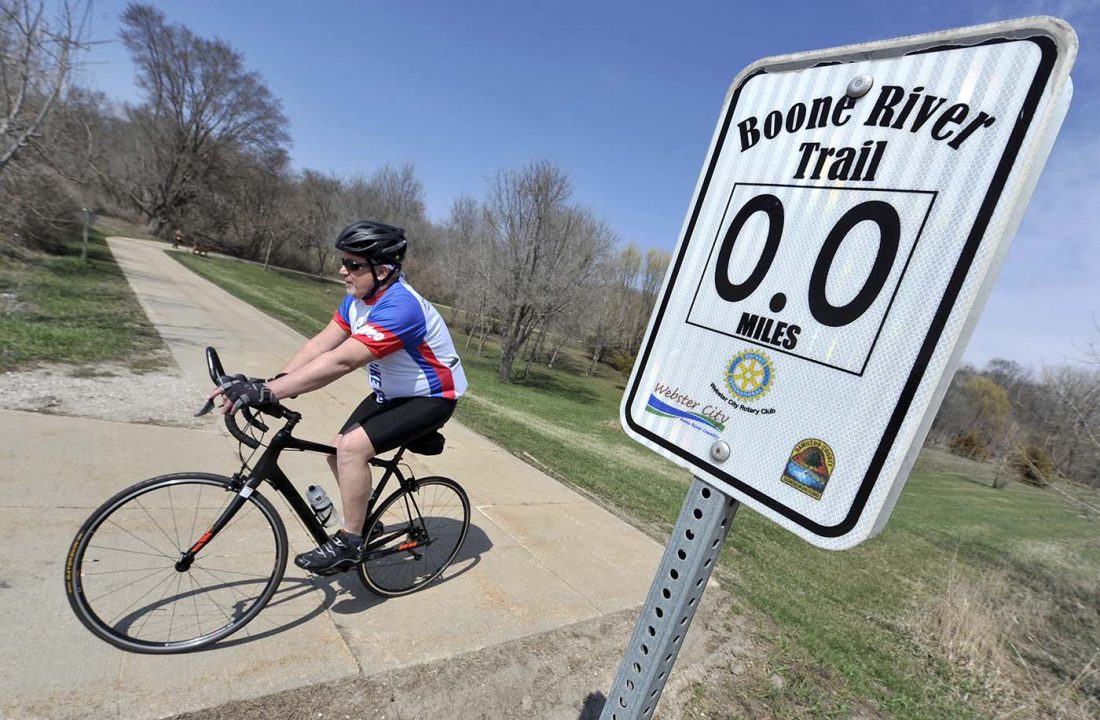 Kent Harfst served the city of Webster City for more than three decades. Most recently, he served as the assistant city manager and the director of recreation and public grounds.

On Saturday morning, Harfst was participating in the half-day ride for Ride Across Iowa in a Day. He was about 30 miles into the 148-mile trip from Sioux City to Webster City when he was struck by a motorist. He was life-flighted back to Sioux City, but his injuries were too severe and he died.

Harfst is survived by his wife, Becky, and their three children, Brady, Hannah and Max.

As news of the loss of Harfst spread across Webster City, community leaders and community members shared their reactions to the tragedy and the fond memories they have of Harfst.

“It’s a huge loss for us. Kent had been a mainstay for the community for 30-something years. It’s a hell of a shock. We’ll get through it, of course, but it will take some time. We feel very much for his family. Everyone in town is going to feel his loss.” –John Hawkins, Mayor of Webster City 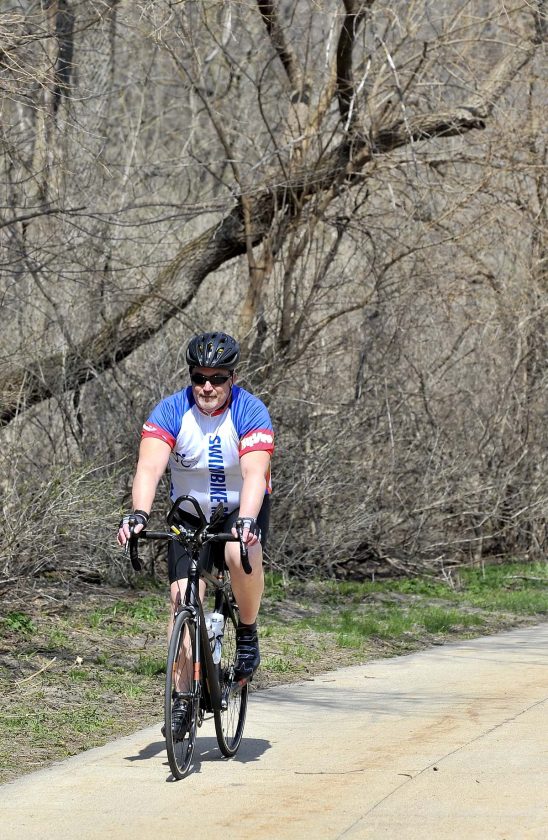 -Messenger photo by Hans Madsen Kent Harfst, assistant city manager and recreation and public grounds director in Webster City, enjoyed the Boone Valley Trail in Webster City for a May, 2018 article. Harfst was killed early Saturday morning in a traffic accident near Sioux City while riding an across Iowa run.

“I’ve worked with Kent for 34 years. His loss is going to leave a big hole. He was such a great, caring, wonderful family man, as well as co-worker. He was different than a lot of people, in that he had this calming attitude that helped us, the staff, think through different issues and it made him very easy to work with. And he was involved in so many things in the city, as his position included different facets. He’s just truly going to be missed by all of us. I guess it just makes you appreciate every day because you never know when it will be your last.” –Karla Wetzler, City planner

“I had the pleasure of working with Kent for six years through my position on the city council. Many of our conversations ended in him telling me about his children or his adventures on the bike. Kent was a proud yet humble man with many, many blessings. Webster City has suffered a great loss by Kent’s passing, not only for what he has done but also for what his talents may have given our community in the future. My thoughts and prayers are focused on what his family has lost and their journey through this difficult time.” –Logan Welch, City councilman

“I think Kent was just somebody everybody knew. He always had the city’s best interests at heart. I can’t speak highly enough about him. It was crushing to find out about the loss. He was always a good resource – you could go to him for anything. He was always knowledgeable on everything going on in the city and somebody I could trust to give me an honest point of view.” –Brian Miller, City councilman

“I was shocked and saddened when I heard the news of Kent’s passing. He was one of those people that exuded calmness in a quiet reassurance that was welcome in the often hectic and stressful arena of public service. My heart goes out to his family and all those who are reeling from this tremendous loss to our community.” –Lindsay Henderson, Community vitality director

“It was my pleasure to work closely with Kent on JunqueFest, on events in the city that we did, on RAGBRAI when it came through. He’s going to be really missed in this community. He was a calm head in any kind of crisis and would listen to