Lynx coach, Hawks’ AD weigh in on the upcoming season during the COVID-19 pandemic 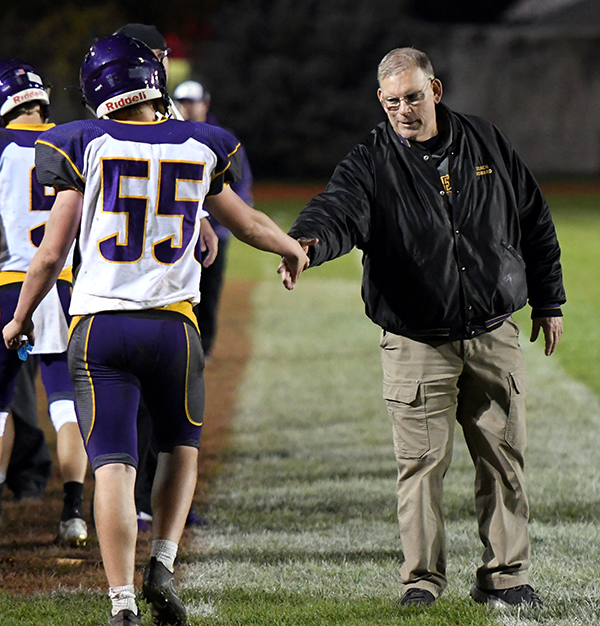 How confident is Webster City’s Hall of Fame football coach that there will be prep football in the state of Iowa this fall?

“As confident as I am that every kid is doing what they’re supposed to be doing with social distancing, how’s that?” Howard said.

The latest COVID-19 statistical information doesn’t paint a pretty picture. As of Sunday, there have been more than 35,000 confirmed cases in Iowa and 3.29 million in the United States. Deaths inside the state’s borders are nearing 750, and more than 135,000 across the country. 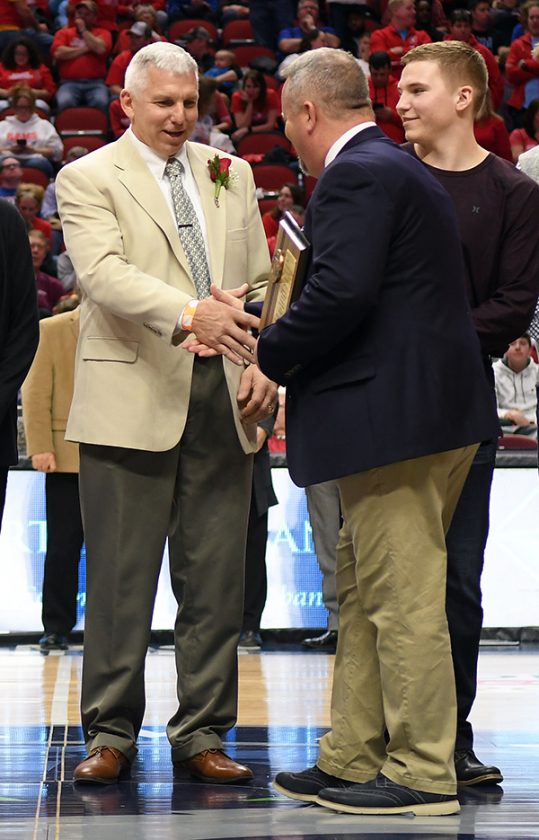 Just on Sunday, Florida reported a single-day record 15,300 new cases of COVID-19 — more than countries such as South Korea, Australia and Finland have reported during the entire pandemic.

In the grand scheme of things, prep football, volleyball and cross country — all fall sports — mean very little. But as the scheduled dates for preseason practices draw closer, the anxiety has begun to rise about the prospects of seasons being shuttered.

Prep baseball and softball were reinstated on June 1, and games began on June 15. Over the course of the past month, more than a handful of teams have been forced to suspend the season due to COVID-19, and several were recently forced to end their seasons early.

Considering baseball and softball are both sports that are played outside with natural social distancing, what are the odds that teams will be able to get through a football season, which thrives on contact, or an indoor sport like volleyball?

Howard and Coy are in agreement that protocols will need to be altered, otherwise there’s no point in even trying. For the current summer season, teams were forced to suspend operations for 14 days if there was a positive case inside the program. Critics have argued that only the infected person and those that he or she came into close contact with should have been forced to quarantine, and both local officials say if that change isn’t made, then fall sports are likely doomed.

“In my mind, there needs to be an acceptance of the fact that just because one person comes down with it, everyone around him doesn’t have to go into quarantine,” Coy said. “Because if that doesn’t change, we’re not going to have athletics. We’re either going to accept it and live with it, or we’re just not going to have athletics. I’m not saying that change has to take place. But if it doesn’t, I don’t see how things take place.”

Howard was allowed to resume contact with his football players earlier this month, and he says protocols and documentation have been stringent. And he continues to preach to his athletes that they play a significant role in whether or not the season will be able to occur.

“What I’ve told the kids is that the spring (season being cancelled) was tragic, track and all of the spring sports got blindsided,” Howard said. “But, to me, if we don’t get to play football, that’s a different story because we aren’t blindsided and people are doing whatever they want. I’m not saying we’re asking for it, but in some cases almost.”

Cedar Rapids Gazette sports writer Jeff Linder threw out a proposal last week where the fall and spring seasons would be flipped for one year in an attempt to still compete under these unique experiences.

Linder’s model called for track, tennis and golf to take place in the fall, with soccer moved to next summer. In his model, basketball and wrestling seasons would begin and end two weeks early, followed by football, volleyball and cross country in the spring of 2021, which gives more time for a potential vaccine to be in place.

Linder calls for a seven-game regular season beginning March 19, and a 32-team playoff structure in each of the six classes with the state championship games taking place on June 3 and 4.

An interesting idea, to say the least, but is it feasible?

“I don’t see it happening, but I can’t see one reason why it couldn’t take place,” Coy said. “The challenge is wrapping peoples’ heads around the change, otherwise there would be zero problem with making it happen.”

Howard is a traditionalist and maintains the belief that football belongs in the fall. However, he admits that if the only options are no football or football in the spring, he’d jump on board.

“I’d rather play in the spring than not get to play at all,” Howard said. “If I had a choice and I knew we could get six or seven games in the fall, I’d be for that.”

The thought of no football isn’t a less than ideal concept just because of the sport’s popularity. There are also financial implications, which have been dissected ad nauseam at the collegiate and professional levels. It’s also an issue at the prep level says Howard, who served as the athletic director at WCHS for more than a decade.

“It’s the same relative different for Webster City or South Hamilton or anywhere else,” Howard said. “If they lose their football gates, I don’t know how you play other sports, to be honest.”

Coy says football receipts are a big revenue source at South Hamilton, but basketball also brings in revenue, as do the various track meets the school hosts.

“We’re only scheduled to have four home (football games) this fall and that’s not the same impact of losing a basketball season just because we’ve got 11 of those,” he said. “But our home football games, with concessions, is probably $4,000 a night on average, a little higher when we’re playing local schools.”

All of this is speculation, of course. The truth is, neither Howard nor Coy know what is going to happen and, just like everyone else, they have more questions than answers. The Iowa High School Athletic Association and Iowa Girls High School Athletic Union have made no announcements pertaining to any potential changes to the fall season.

And so we wait. Anxiously.