THE BOMBERS CAN RAKE 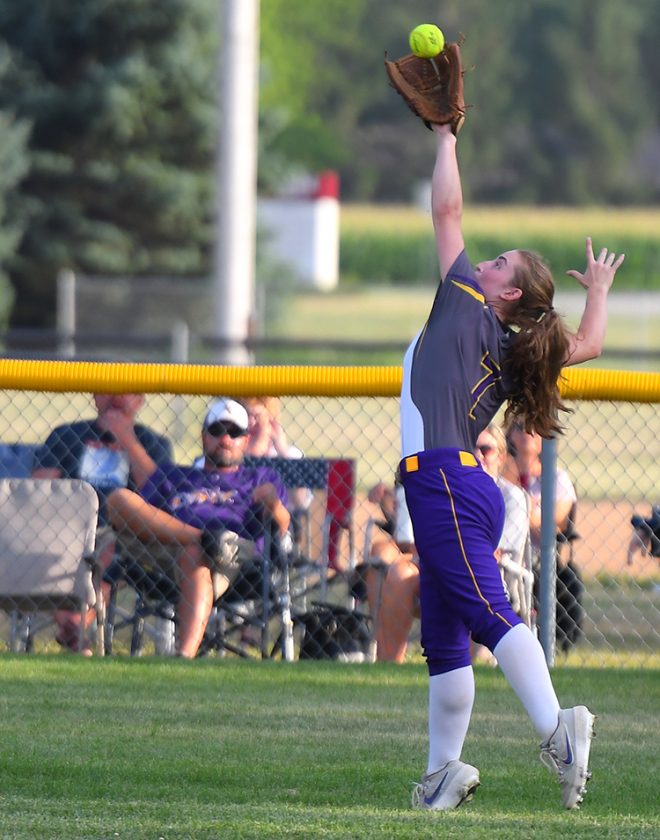 WCHS centerfielder Kelly Stoakes lunges to make the catch and save a run in the first inning against Ballard on Saturday. DFJ photo/Troy Banning

WEBSTER CITY — Coaches say it all the time, but it usually falls on deaf ears.

Take Ballard, for instance. Its 9-7 record entering Saturday’s Class 4A Region 2 semifinal at Lynx Field was solid, but nothing to quake in your cleats about, right? But dig for the truth and notice that all seven of those losses were to top-15 ranked teams in the state’s three biggest classes, and then also realize it had pushed top-ranked (4A) Carlisle to a one-run setback.

In other words, the Bombers are far better than their record indicated. And they proved that over and over … and over again on Saturday.

No. 13-ranked Ballard (10-7) put on an offensive display that rivaled the dominant show by top-ranked (5A) Fort Dodge against WCHS less than two weeks prior. The Bombers shelled out 17 hits, four of which went for extra bases, and simply gave the Lynx no chance in a 13-0, 5-inning rout. 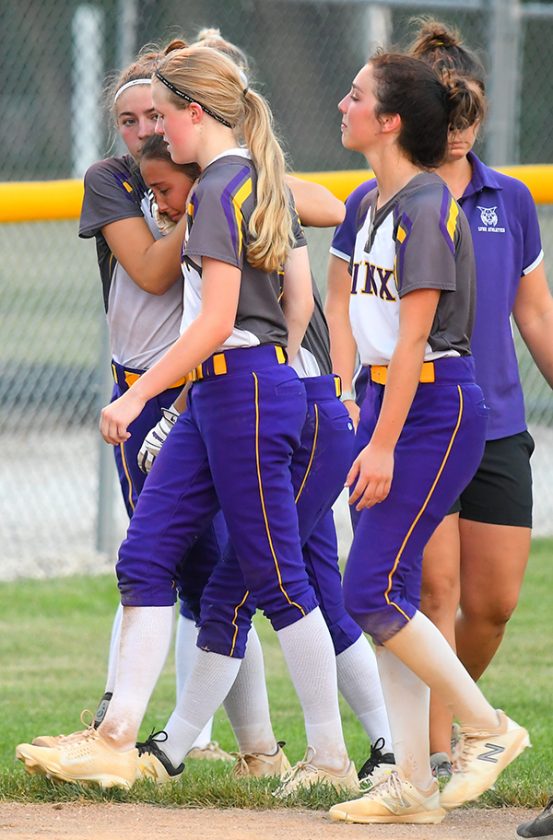 Six different Bombers had at least two hits, and the Nos. 6-9 batters in the lineup accounted for eight of the knocks.

“One through nine, they were aggressive through the lineup and put the ball in play,” WCHS head coach Jess Howard said. “Whether you pitched inside or outside, they had girls that hit the ball hard.

“We went and watched them on Thursday (in a regional quarterfinal win over Boone) and knew they could hit. We weren’t necessarily expecting it as much from the bottom of the order though.”

Bombers’ lead-off stick Matty Beerbower led the way, as she went 3 for 5 and drove in five runs. She essentially put the nail in the Lynx coffin with a three-run home run to right-center in the third inning that extended Ballard’s lead to 9-0.

Molly Houge and Bella Johnson, the Nos. 6 and 9 batters in the order, went a combined 6 for 6 with four runs scored and two RBIs. They both roped a single in a marathon second inning that saw Ballard push five runs across to take a commanding edge. 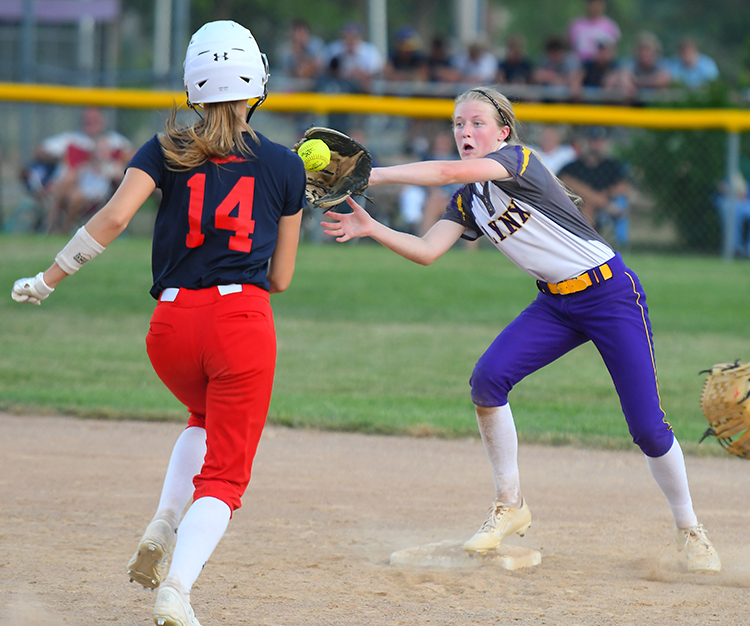 “It deflates you a little bit,” Howard said of the long second inning. “It’s a lot of pitches thrown and it’s a lot of standing on the field. But the girls had a lot of fight in them. They didn’t give up and they kept playing.”

Skylar Rigby, Ballard’s leader on the season, hammered a pair of doubles, the second of which plated two runs in the fifth inning.

The Lynx (7-7) had no such luck against lanky Ballard pitcher Brooklyn Baumgardener, who went four innings before handing the ball off to Beerbower in the fifth. WCHS mustered only one hit — a first-inning single through the left side by Taylor McKinney — and managed just three total base runners.

It was a tough ending for Howard, primarily because she had to say goodbye to her three seniors — McKinney, Tatum Goings and Harper Kopriva. 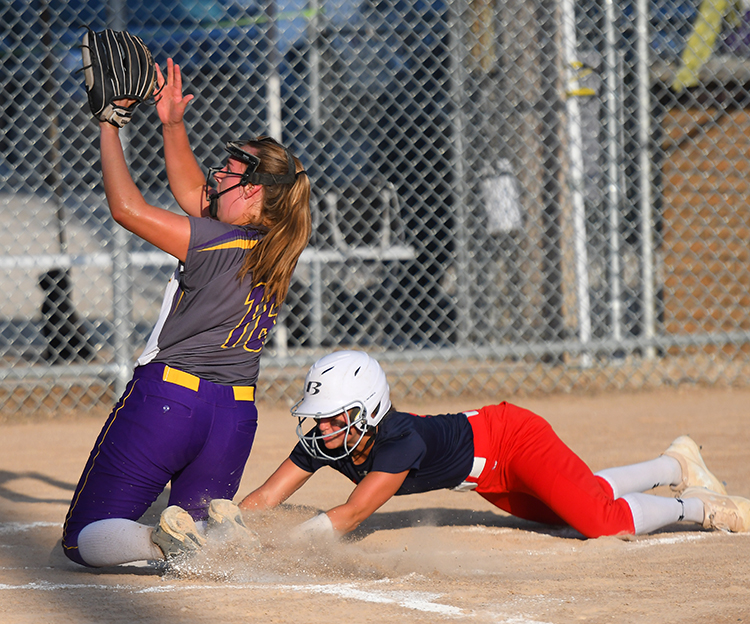 “I’m really happy that I got one more opportunity to coach them and be on the field with them,” Howard said through tears. “They’ve been a part of some really big things and been there for me when it’s not been good. So having that one last opportunity was huge for me. Just allowing them to have closure and me to have closure with their season and careers.”

Replacing McKinney, a five-year starter at shortstop, will be next to impossible.

“She’s a gamer,” Howard said. “There are certain kids that are gamers and have natural instincts, and she’s one of them.”

Ballard advanced to Tuesday’s regional final round against No. 8-ranked Dallas Center-Grimes (18-9) where a spot in the state tournament will be on the line. DCG beat Ballard during the regular season, 5-2. 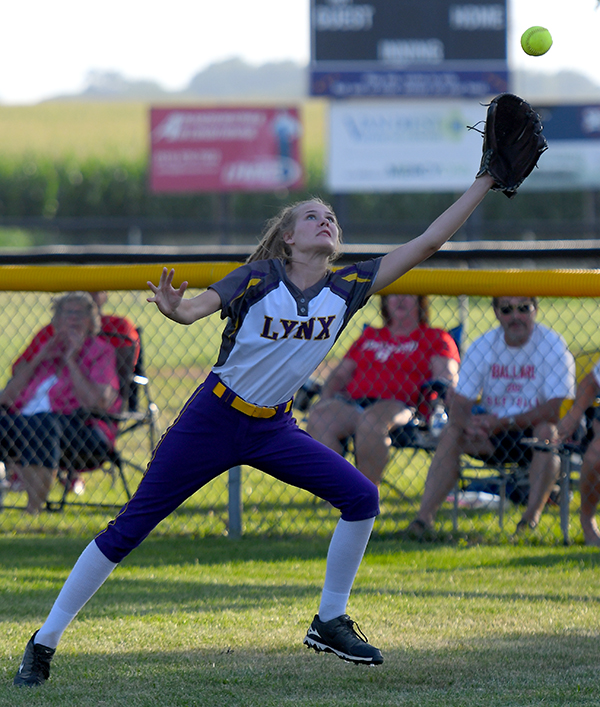 WCHS centerfielder Kelly Stoakes lunges to make the catch and save a run in the first inning against Ballard on Saturday. DFJ photo/Troy Banning 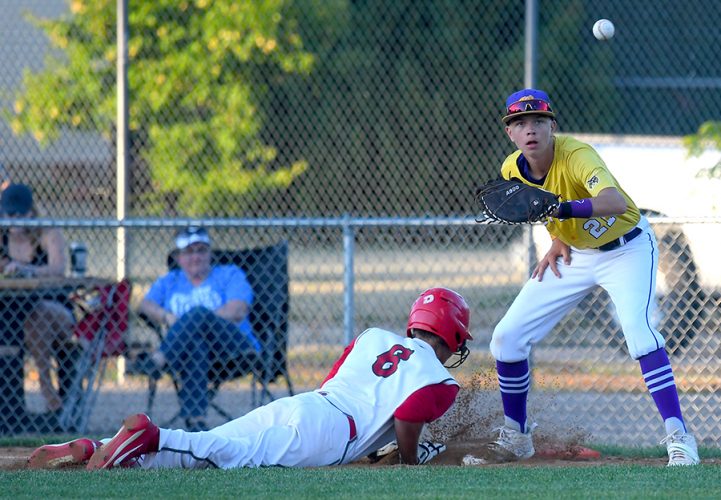