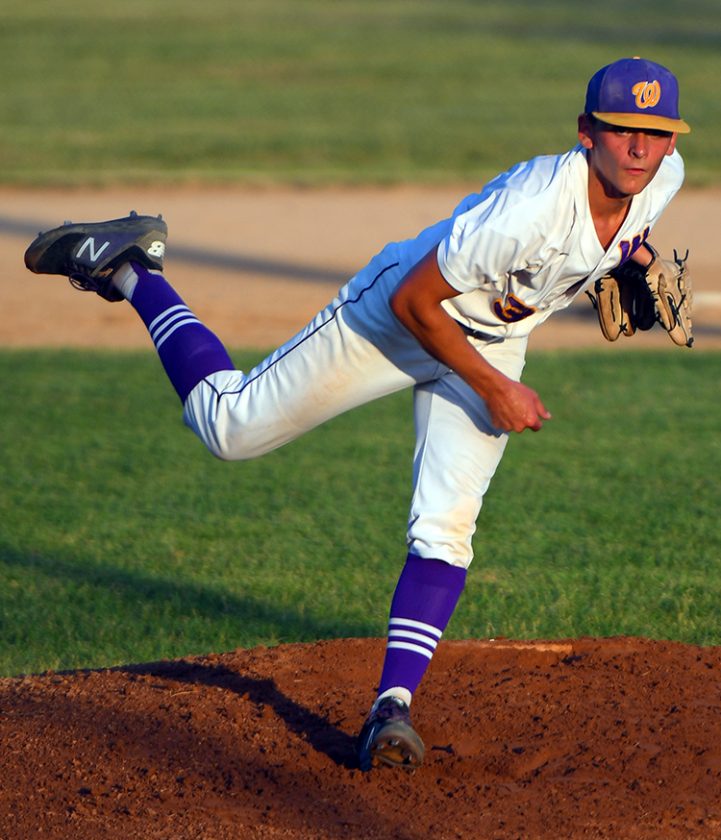 WEBSTER CITY — Think of it like a game of euchre — Webster City and Algona have been slow-playing it all season, just waiting for the perfect moment to let the trump cards fly.

The fireworks will begin soon enough.

The North Central Conference rivals will meet for a third time this summer in a Class 3A District 4 semifinal Friday night at Lynx Field. Game time is set for 7 p.m.

Expect that to change in the postseason. 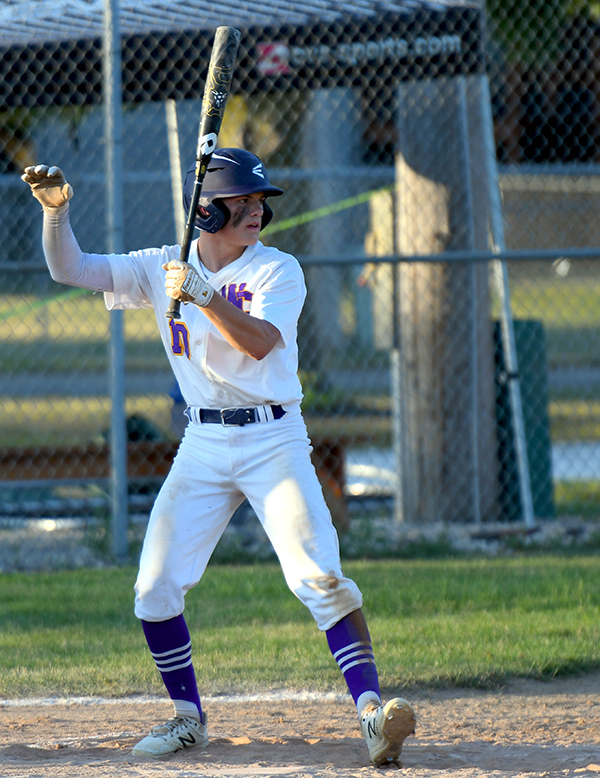 WCHS will send all-state junior right-hander Tyler Olson to the hill, and Algona is expected to counter with Cameren Rindone.

“We’ll see Rindone, we know that, but we also haven’t shown them everything,” WCHS head coach Adison Kehoe said.

Following Monday’s 14-0, 5-inning pasting of Iowa Falls-Alden, an outing in which he allowed just one hit and fanned nine, Olson said his squad is focused on the task at hand. WCHS sees itself as a contender to reach the state tournament, and it starts by taking the first step.

“We have the home field advantage (on Friday) and we’re looking to get that first win,” he said. “I feel like we have a big chance to keep going. We’re hot and hopefully the end is at Principal Park.”

Olson’s pitching prowess has somewhat overshadowed what he’s done offensively, which has been pretty spectacular in its own right. He led the NCC in hitting during the regular season with a .477 average — 60 points higher than the closest competitor — and 19 RBIs.

In fact, WCHS was far and away the top offensive club in the conference. The Lynx hit .347 as a team, they slug .411 and have scored 131 runs. Freshmen Ty McKinney (.409 average) and Connor Hanson (.405) finished Nos. 3 and 4 on the league leaderboard during the regular season.

But they’ll face another of the league’s premier hurlers in Rindone, a junior with a 4-2 record and 2.21 ERA. The Bulldogs are led offensively by Wyatt Streit, who hits .417.

WCHS enters the contest as the favorite, but the Lynx are hardly overlooking the Bulldogs. Kehoe’s club had to stage a seventh-inning rally to prevail the last time they met at Lynx Field, and the coach knows it takes only one off night for the season to end.

“We are focused on this one game, Algona, one through nine and what they have,” he said. “I don’t give a dang about the other side of the bracket. It’s solely what we can accomplish on Friday.

“It’s funny to hear parents and other people in the community say, ‘Man, you guys had a good season.’ That’s past tense and I didn’t know it’s over yet. We still play Friday, so we’re having a good season and the boys have bought into that.”

Friday’s winner will advance to Monday’s district final in Boone against either the Toreadors (11-4) or Hampton-Dumont/CAL (5-9).

The top seed in the substate is sixth-ranked Gilbert (18-2).

What: Class 3A District 4 semifinal.

At Stake: Spot in Monday’s district final in Boone.