Missed opportunity for No. 15 Lynx 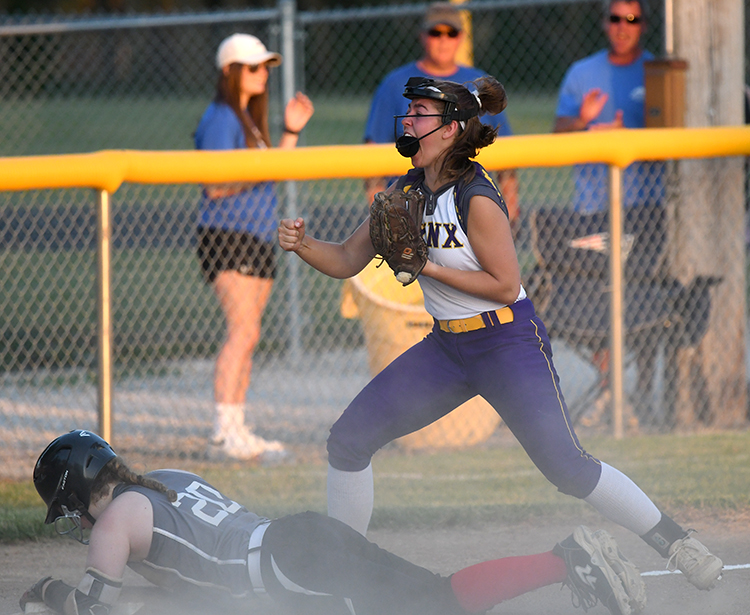 WEBSTER CITY — Putting a crooked number on the scoreboard is tough when Kameryn Etherington is in the pitcher’s circle for Algona. So when the opportunity presents itself, you’ve got to capitalize.

And Webster City simply didn’t do that Wednesday night. The result: an uphill climb for the Lynx if they want to win a North Central Conference softball title this summer.

No. 15-ranked (Class 4A) WCHS failed to shove a run across when it had runners in scoring position early, and No. 9(3A) Algona found just enough offense late to prevail in the battle of NCC powers, 2-0, at Lynx Field.

The Bulldogs (3-0, 2-0 NCC), a 2019 state qualifier, scored both of their runs in the sixth inning and Etherington did the rest.

“We had a few missed opportunities, but it’s not because of a lack of effort,” WCHS head coach Jess Howard said after her club out-hit Algona, 4-2. “We had a lot of solid hit balls that were caught in the outfield. Their outfield covered a lot of ground. Some nights those are going to fall for us and we’re going to score a lot of runs.” 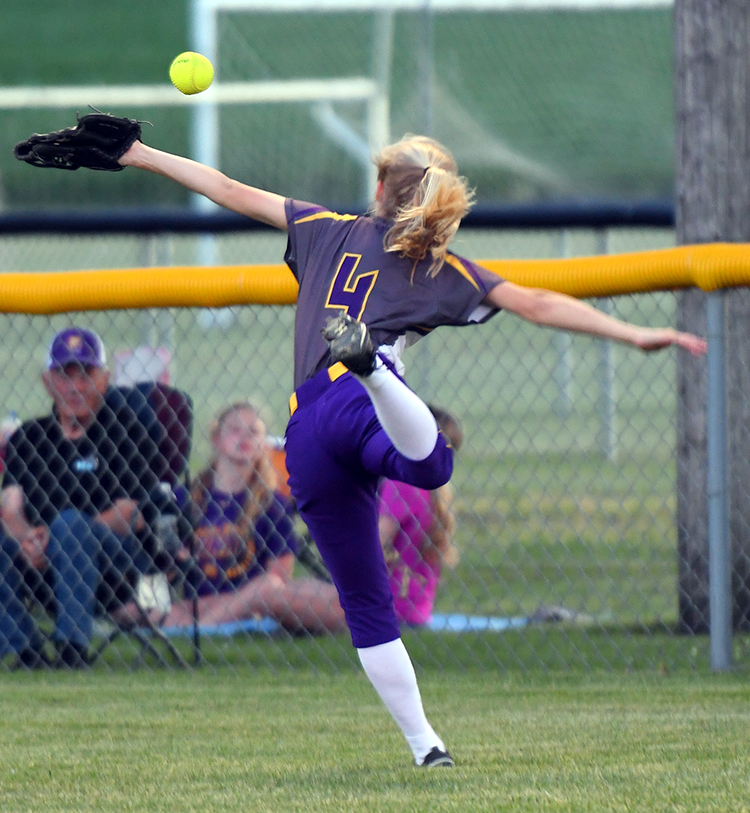 With No. 2-ranked (3A) Humboldt looming as the league favorite and with a shortened season due to the coronavirus pandemic, any slip-up is cause for concern. But when two talented teams square off, someone has to lose, Howard said.

“That’s how softball rolls,” she said. “When there are two good teams on the field, you have to be perfect all the way through.”

WCHS junior pitcher Jenna Miller deserved better. In many ways, she out-performed Etherington, who has yet to give up a run this season. Miller allowed two fewer hits and piled up four more strikeouts, 10-6. She fanned the side in the third and fifth innings, and Algona had just one base runner through five frames.

But with one swing of the bat by Laura Wagner, that all changed.

Algona’s No. 8 hitter led-off the sixth with a towering shot to right field that was just out of the reach of WCHS outfielder Addie Tesdahl, and Wagner glided into second with a stand-up double. Ashlin Young sacrifice bunted her to third, and Wagner raced home on a ground ball off the bat of Alyssa Hentges. 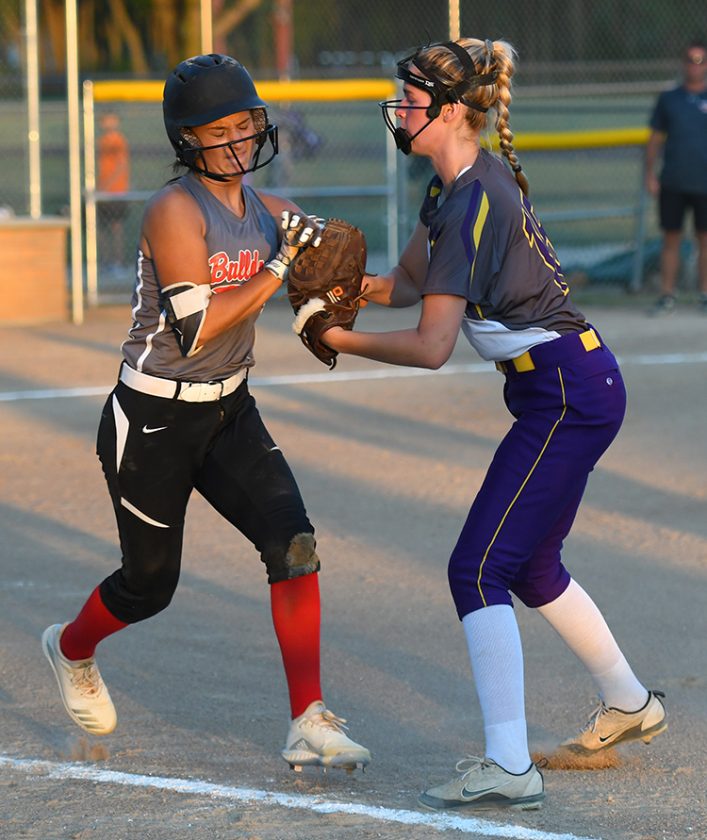 A fielding error on the Hentges grounder allowed the Bulldogs to push an insurance run across on another ground ball by Moriah Knapp.

“We played really well for 18 outs,” Howard said. “But we had one inning where it caught up to us and we let it get away.”

Algona’s only other hit was supplied by Etherington in the fourth — a blast to right for a double, but she was thrown out attempting to stretch it into a triple.

“(Miller) did a great job,” Howard said. “She was hitting her spots and her ball was really breaking.”

WCHS (2-1, 1-1 NCC) threatened in the first inning when all-state slugger Kelly Stoakes hammered an Etherington offering into the gap in left-center for a double. She moved to third, but was left stranded. 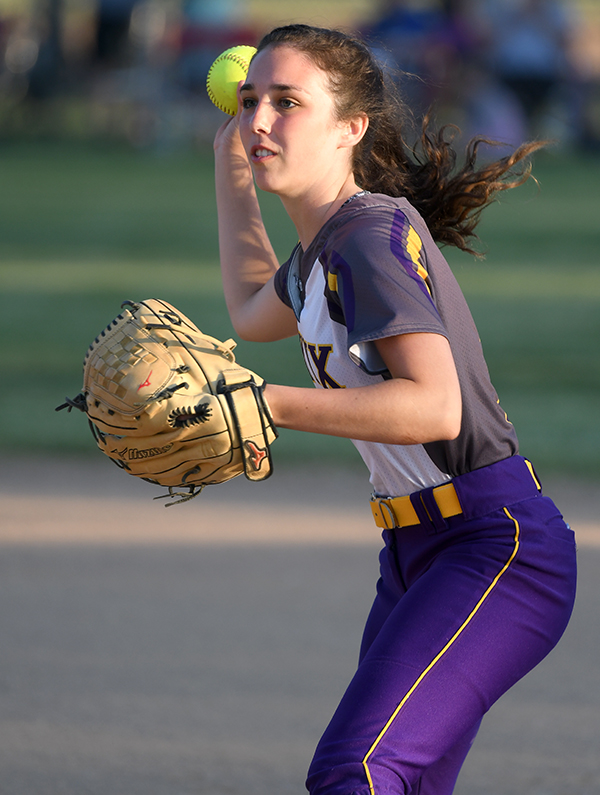 Tatum Goings reached base in the third inning and quickly stole second, but was called out two pitches later for leaving the base too early. Two pitches later Alayna Finucan lofted a double to right field, but Etherington was again able to wiggle her way out of trouble.

Finucan was left at third base in the sixth inning as well — one of five base runners stranded in the contest, three of them in scoring position.

Harper Kopriva tried to stage a seventh-inning rally for the Lynx with a one-out base hit back up the middle, but back-to-back nice plays on deep drives to the outfield ended the threat. Livia Kasch’s blast in the gap was corralled by Young in right-center, and Faith Anderson’s laser to right landed in the glove of Wagner.

It won’t help the Lynx NCC title hopes, but they’ll get a chance to right the wrong this evening with a rematch against the Bulldogs in Algona at 7:30 p.m. 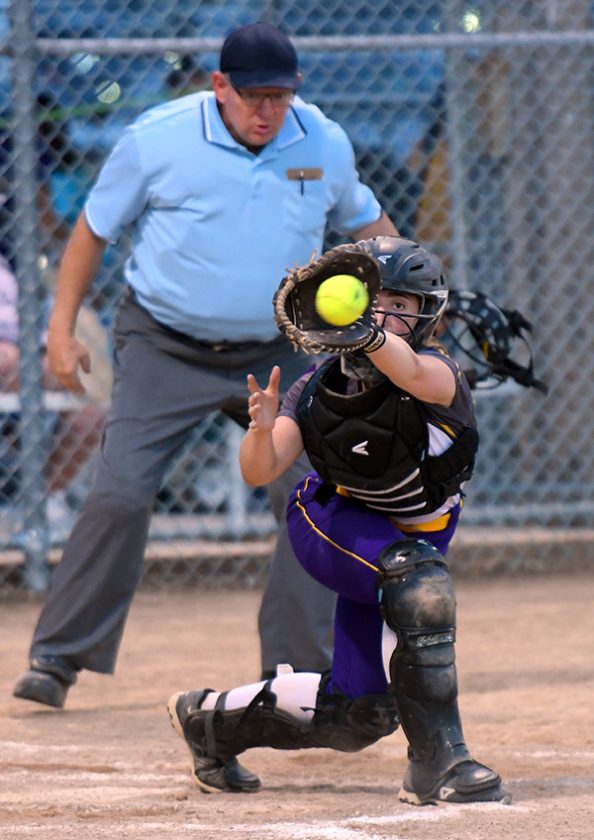