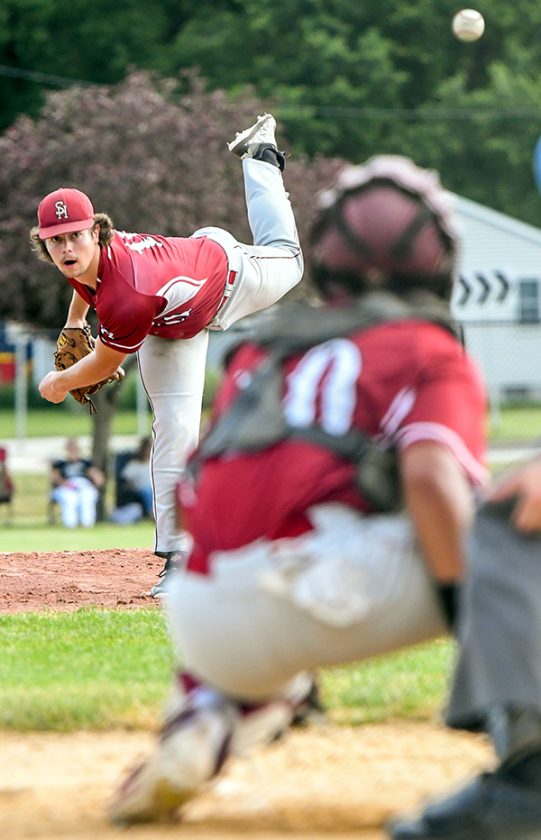 GILBERT — Once lethal, the South Hamilton bats have gone virtually silent over the past two weeks.

After scoring 27 runs in their opening two games, both wins, the Hawks have put up just two runs over their last three contests, all losses.

“We’ve come to the conclusion that we deal better with guys that throw harder,” South Hamilton head coach Kyle Galetich said after the latest setback, a 4-0 loss to Gilbert on Friday. “It’s just weird and I can’t put my finger on it.”

Gilbert hurler Bryce Bruggeman thew an array of off-speed pitches that befuddled South Hamilton (2-3, 2-3 HOIC) on Friday. He allowed just three hits in five innings of work and the Hawks mustered just four hits in all.

“He was a sidearm guy and he threw a lot of sliders and curves,” Galetich said of Bruggeman. “He definitely kept us off balance.” 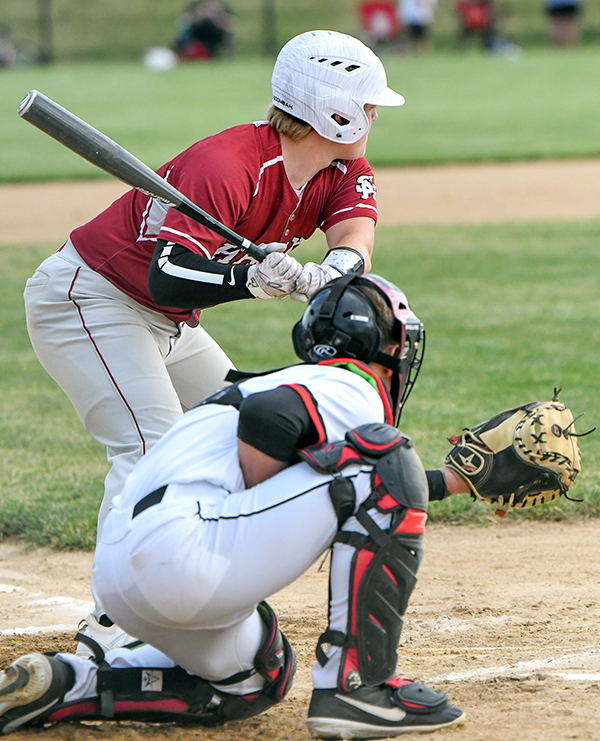 The lack of offense ruined what was a solid outing on the mound by Hewitt. The lanky southpaw went the distance and was touched for just six hits. He walked three and struck out five.

“That might be the best outing that he’s ever had,” Galetich said of Hewitt. “I’m sure he’s had better stats in a game, but his mindset against a conference opponent was very good. I was very pleased with that.”

Tucker Hanson laced a pair of hits and drove in a run for Gilbert (6-1, 4-1 HOIC). Owen Blumhagen found the gap for a double and collected one RBI.

South Hamilton will be at home on Monday for a conference doubleheader against North Polk. Game 1 will get underway at 5 p.m.