GOLFER OF THE DECADE: TREVOR ULLESTAD 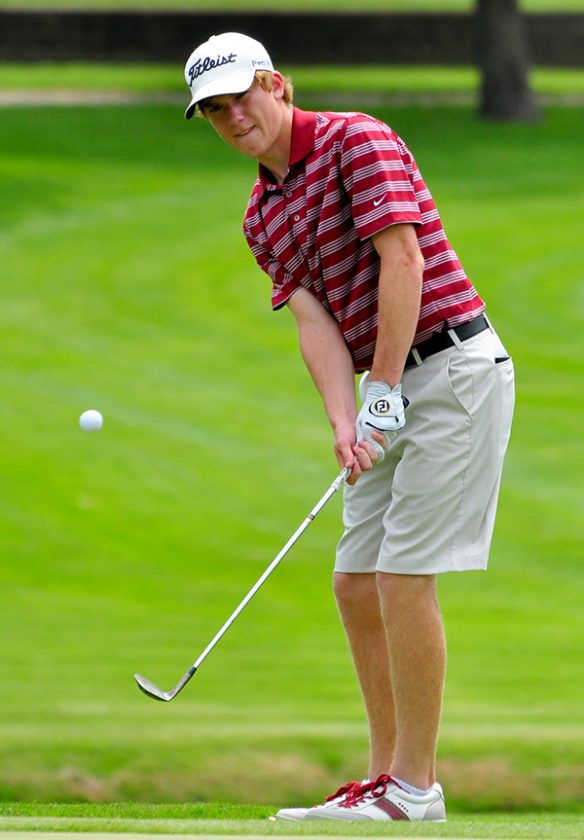 Trevor Ullestad, the Daily Freeman-Journal Golfer of the Decade.

And one individual state champion.

Let’s be honest — from 2010 to 2019, no sport dominated the Daily Freeman-Journal area quite like boys’ golf. It was a once in a lifetime run between Webster City and South Hamilton, and a period of time that I will certainly never forget.

No player exemplified the hard work and talent of the area quite like 2014 South Hamilton graduate Trevor Ullestad, who is the Daily Freeman-Journal’s Player of the Decade.

A four-time state qualifier, Ullestad capped his legendary career with a pair of Class 2A state gold medals in 2014. With rounds of 70 and 74, he was the wire-to-wire winner of the individual crown by five shots over East Sac County’s Justin Kraft and also the leader on the Hawks’ championship team.

Ullestad had a goal, and he worked his behind off to achieve it.

“He was driven that year because he had a bad taste in his mouth from the year before (when he placed 13th at state),” Mark Ullestad, Trevor’s dad and high school coach, said earlier this week. “He worked extra hard in the summer after his junior year. He played in a lot of tournaments and he missed baseball games because he knew he was going to play golf.”

Trevor Ullestad played with a bit of pressure that was widely unknown too. Prior to the 2014 state tournament, he was still playing for a scholarship at Indian Hills Community College. His two-day performance at Spring Valley Golf Course earned him that too.

“He didn’t get a scholarship until we were on our way back from state. Before that he was just going to walk-on,” Mark Ullestad said. “He just really buckled down and got serious going into that senior year.”

But Trevor Ullestad’s golf story extends way beyond his days with South Hamilton and made him an easy choice for the Player of the Decade honor.

He was a two-time NJCAA All-American at Indian Hills and then spent two years in the lineup at the University of Missouri. In 2017, he won the Iowa Amateur, and in 2018 he was the runner-up.

As good as he was as a prep, 18-year-old Trevor Ullestad would have no chance against the current version as he attempts to make a living as a profession golfer.