From Prep to Pro, Part III: THE DREAM

Ullestad envisions a future on the PGA?Tour, but there’s work to do 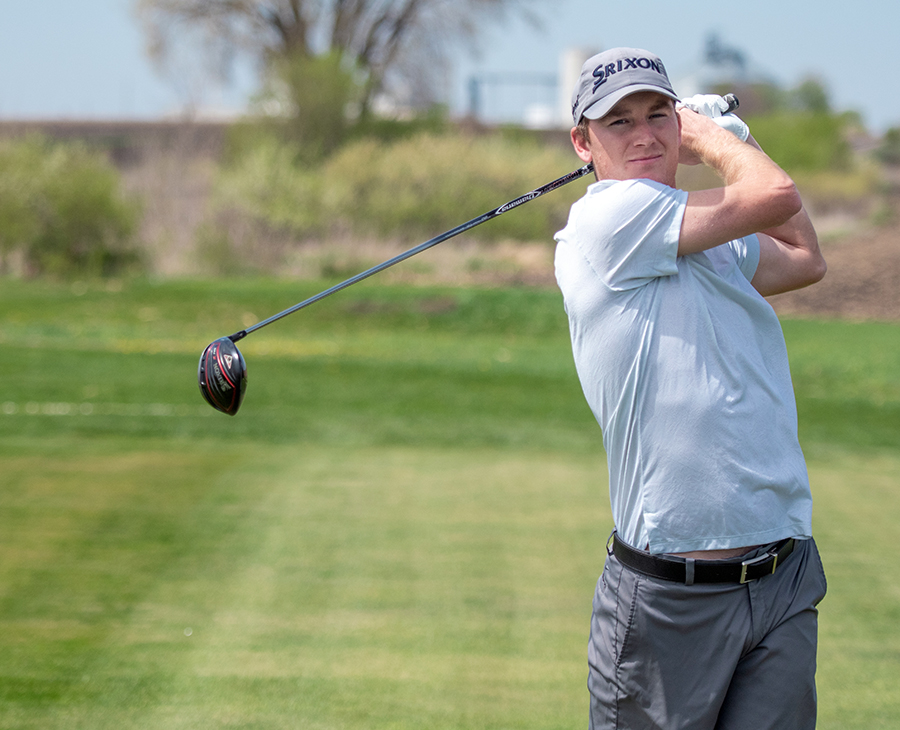 Trevor Ullestad, a 2014 South Hamilton graduate, stands on the tee box at Jewell Golf and Country Club. Now a professional golfer, Ullestad was the 2014 Class 2A state individual champion and a two-time NJCAA All-American at Indian Hills. He also spent two years as a member of the men’s golf team at the University of Missouri. DFJ photo/Troy Banning

Trevor Ullestad, a 2014 South Hamilton graduate, stands on the tee box at Jewell Golf and Country Club. Now a professional golfer, Ullestad was the 2014 Class 2A state individual champion and a two-time NJCAA All-American at Indian Hills. He also spent two years as a member of the men’s golf team at the University of Missouri. DFJ photo/Troy Banning

What does a bad golf round look like for Trevor Ullestad? It’s a relatively simple question, but he pauses for a moment and then launches into a series of his own questions. What course? Is it windy? Is it rainy? What’s the course setup?

OK, let’s try to simplify things. What would be a bad round played from the tips at the Tournament Club of Iowa — one of Iowa’s more challenging tracks — on a nice, calm spring day?

Ullestad, a 2014 South Hamilton graduate, is quite familiar with the layout located in Polk City. He challenged the Arnold Palmer designed course record in 2013 as a junior in high school before a stumble over the final two holes forced him to settle for the consolation prize — a runaway victory at the Heart of Iowa Conference tournament. Among the several dozen (or more) rounds he’s played there is also the 2018 Iowa Amateur when he was denied back-to-back titles in the prestigious tournament in a playoff.

Ullestad ponders the original question for a moment and then answers. 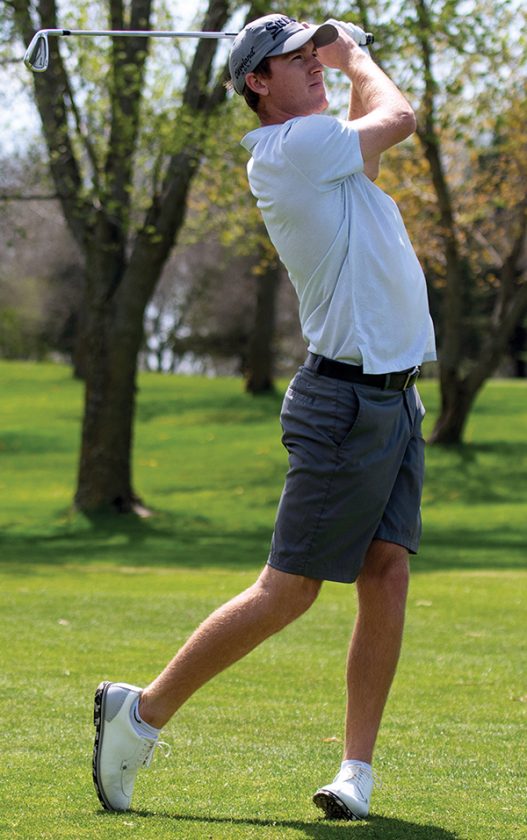 And so Ullestad works daily. He has the length off the tee, but he needs to sharpen his accuracy. His irons, his putting, his mental ferocity — they can always get better as well.

There’s a method to the madness, and the final destination — the dream — is always the same: the PGA Tour.

But Ullestad is also realistic. At 24, he’s been a professional for just 13 months. Would he love to be the next Rory McIlroy or Jordan Spieth, two golf savants who never had to suffer through the rigors of the mini-tours before they earned their spots on the prime stage? He doesn’t even need to answer that, but the truth is that’s a long way off in the distance. And daydreaming about the possibilities won’t help him in the present.

“The next level for me is not the PGA Tour,” he said. “I’m honestly so far away from it right now. I’m just focusing on getting better and getting to the next level. But, yeah, I think about it because it’s my dream, but right now I’m focused on the smaller steps.” 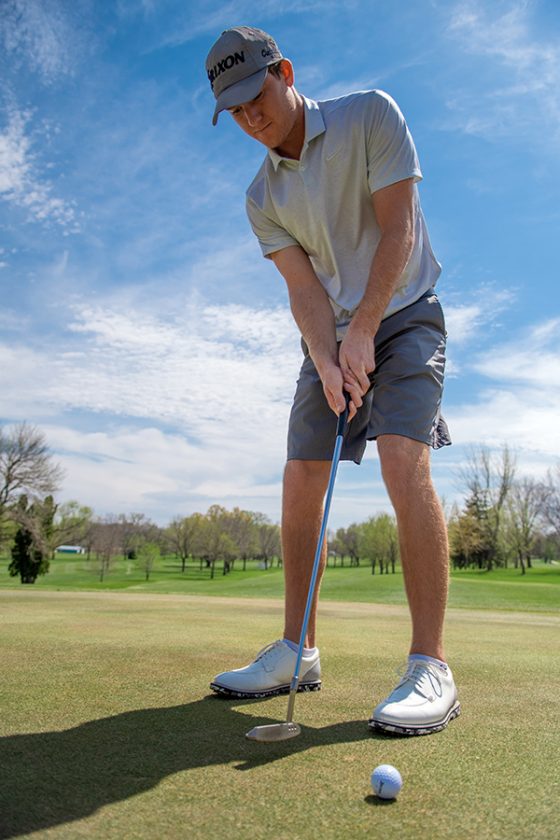 That next step would be a full-time spot on the Mackenzie Tour in Canada, followed by a stop on the Korn Ferry Tour, which sits one rung below the big time.

Ullestad knows his path, if all goes well, will probably take closer to five or six years. If he can continue to execute and continue to sharpen his skills, he’s willing to pay the price.

“If I could be on the Korn Ferry Tour within three years, that would be really good,” he said. “I could work with that, and then maybe stay on that for a couple years.

“If I’m on the PGA Tour in five or six years, that would be really good. That sounds crazy, but it’s really hard. The good thing about golf is that if you can shoot the scores, you can get there. If you can somehow scrape together enough money and give yourself enough opportunities, you can get there. Anyone can and that’s the beauty of golf.” 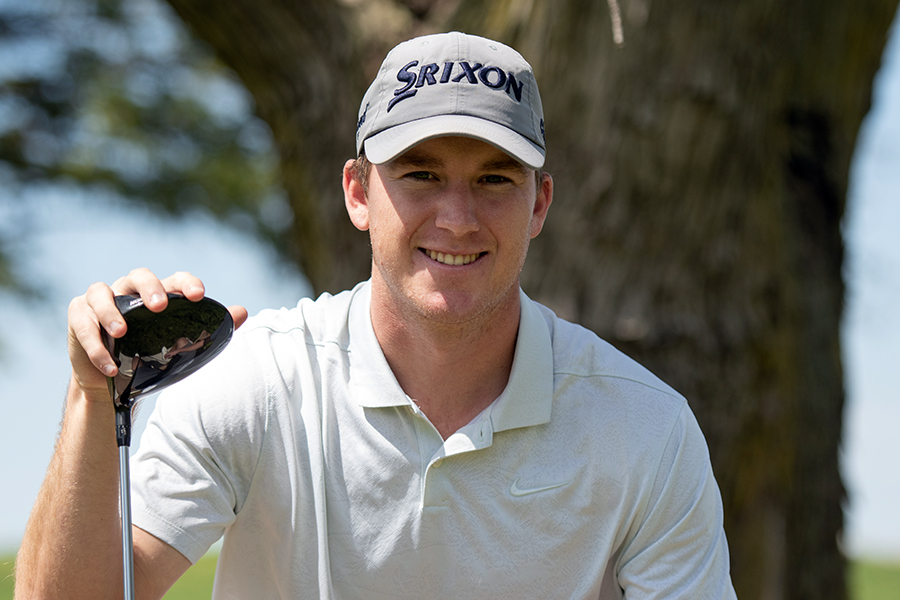 Ullestad made it to the second stage of qualifying for the Korn Ferry Tour during his rookie season, and also earned conditional status on the Mackenzie Tour. Most people outside of golf enthusiasts probably haven’t heard of the Korn Ferry Tour, but there are plenty pros who make a more than respectable income criss-crossing the country for its events.

“If you can get on that tour you can start to provide for yourself a lot better,” Ullestad said. “That’s when the companies and sponsors come in because they have some televised tournaments.”

Ullestad’s five- or six-year plan has been temporarily duck-hooked into the rough though thanks to the coronavirus pandemic. He’s not alone; every aspiring pro is now in a standstill as they wait and see if there will be a season or what it will look like.

“This whole virus thing is going to leak into next year for me in terms of opportunities to move up in the ranks,” Ullestad said.

Ullestad has contemplated sticking closer to home this summer, playing the Midwest swing in Iowa, North and South Dakota, Kansas and Oklahoma — places he’s been successful and cashed in the past. But any concrete plans are currently up in the air.

He knows he needs to continue to progress though. Golf is in his bones, but there is an expiration date on his dream, one that all players eventually face.

“Before I started, I said I was going to give myself two or three years and then re-evaluate,” he said. “I’m in Year 2 right now and we’ll see if I still have the passion and I can keep scraping together enough money, but there definitely comes a time when you have to move on with your life and I’ll know when that time comes.”

Ullestad possesses a degree in geography from the University of Missouri that he knows he could put to use in the professional world, but his passion centers around trying to stick a 5-iron pin high, four feet from the cup, not sitting at a computer eight hours a day.

Talk of any contingency plan isn’t even on Ullestad’s radar presently. His parents, Julie and Mark, are his biggest benefactors in his golf endeavor and, like him, they want to see where the ride takes them all.

“He’s got our support and we’ll do whatever we can to help him,” Mark said. “We know that 75 percent or more of the kids that have tried this path haven’t succeeded, but we’ve seen the progression he’s taken over the last couple years and why wouldn’t that progress continue over the next few years? It’s one chunk at a time. It’s a tall mountain to climb, but he’s handled it very well and that makes us proud.”

The sun is still bright as Trevor Ullestad lifts himself out of a chair that he’s occupied for almost an hour at the Jewell Golf and Country Club. His hopes and dreams, his fears and his reality — he’s emptied the tank, a mental cleansing in a way.

But his day is far from over. He immediately climbs into his golf cart and heads back out onto the course. There are more irons to hit. More chips to nestle up near the cup. More putts to drain.

He’s a professional golfer. And it’s what he was meant to do.