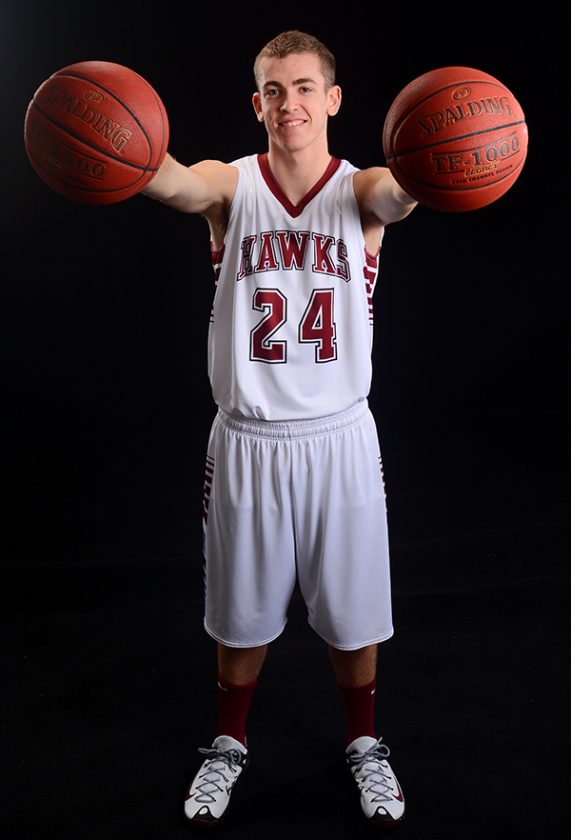 Starting with the 2013-14 campaign when the South Hamilton boys’ basketball team made a somewhat surprising run to the Class 2A state tournament, it’s unquestioned that the Hawks have been one of the top programs in the state over the past seven seasons.

And if you want to put a face on the run, it would be Collin Hill’s mug smiling at everyone.

It’s not a coincidence that South Hamilton’s rise began when Hill was a freshman when he averaged 16.8 points per game for that state-bound group.

The only thing that was able to slow him down over his prep career was football. A broken leg in the fall of 2014 cost him his entire sophomore season, but he returned a year later to lead South Hamilton to a berth in the substate round. He followed that up with another trip to state as a senior.

Hill was twice a first-team all-state player, and his career numbers over three seasons — 1,473 points, 605 rebounds and 161 steals, just to name a few — are legendary.

Honestly, the Daily Freeman-Journal Player of the Decade honor came down to the Hill brothers — Collin and Conner. What tipped the scale in Collin’s favor? From the moment he stepped onto the floor, Collin was The Guy, the one in the spotlight that opposing teams knew they had to stop, or at least slow down. And very few succeeded.

Little brother was great, one of the best players that South Hamilton has ever produced. But big brother won this one-on-one battle by a couple points.