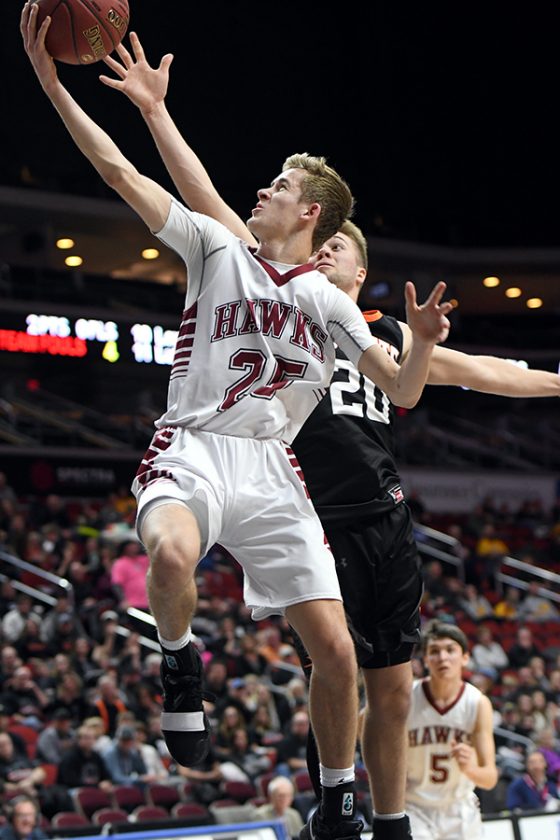 The evolution of Conner Hill’s game during his four years at South Hamilton from 2015-19 was nothing short of astounding. Primarily a long range bomber when he stepped onto the scene as a freshman, Hill transformed himself into arguably one of the top two guards in Class 2A by his senior campaign when he directed the Hawks to a Class 2A third-place finish at the state tournament.

He was a defensive stopper. He was a scorer. He was a leader. He was as smooth as butter. As a senior, he was everything an elite team needs its best player to be to contend for a state championship.

Over Hill’s career, South Hamilton went 83-16, and 10 of those losses came during his freshman season. 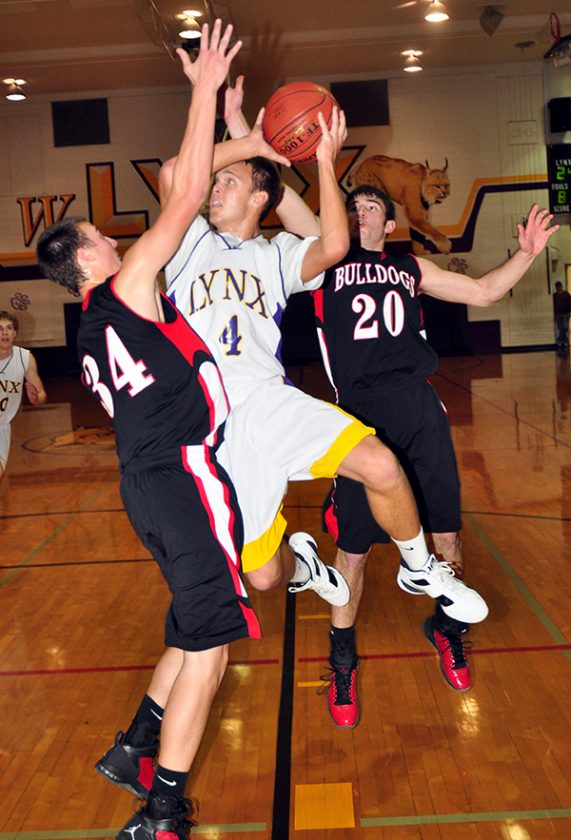 Conner was probably the most natural leader I’ve ever coached. He was my coach on the floor and he did whatever it took to win. 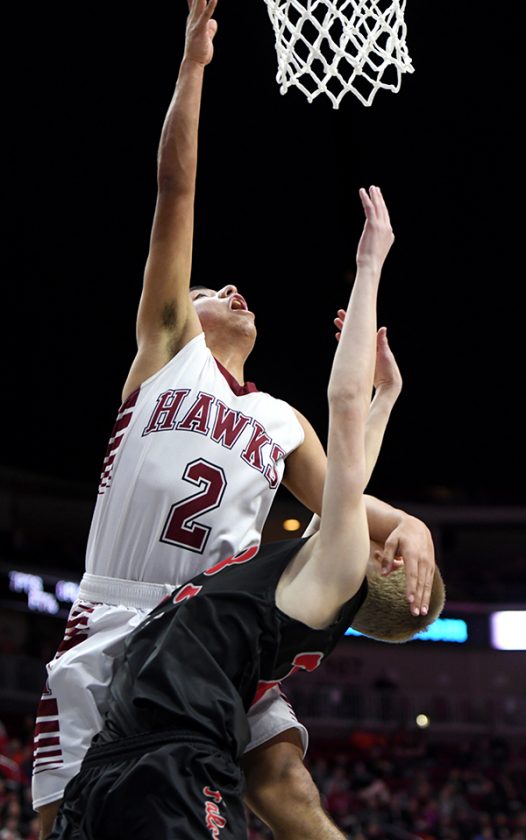 Statistics are a huge part of any basketball player’s resume, but when it comes to Webster City’s Jonny Davis, his greatness was about so much more than numbers.

On the court, on the football field, on the baseball diamond and, heck, even on the soccer pitch for just one season, you’d be hard-pressed to find a better leader than Davis.

Davis was a versatile, skilled basketball player, but it was what he did between the whistles that set him apart from the pack. He directed everything, motivated everyone, and willed the Lynx to a lot of victories. 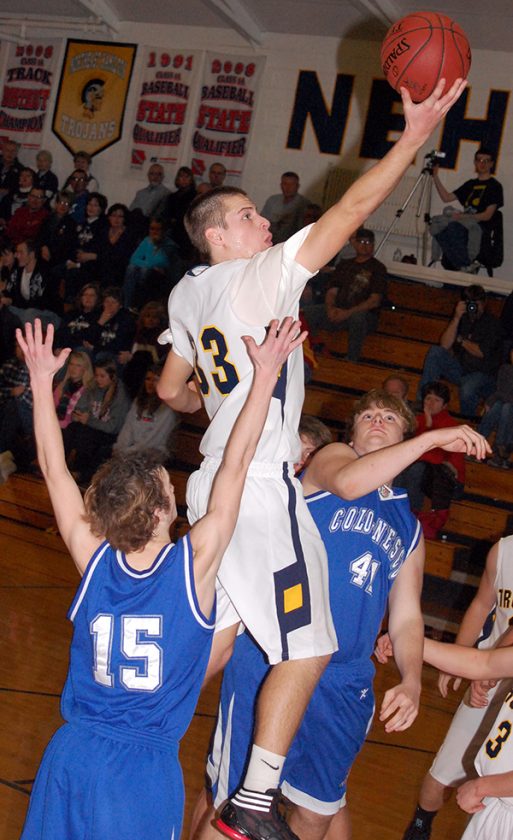 Defensively, he’s the best WCHS has had this century. Just a fact.

•Averaged 14.0 points and 4.9 assists per game over career, led WCHS in scoring all 3 seasons. 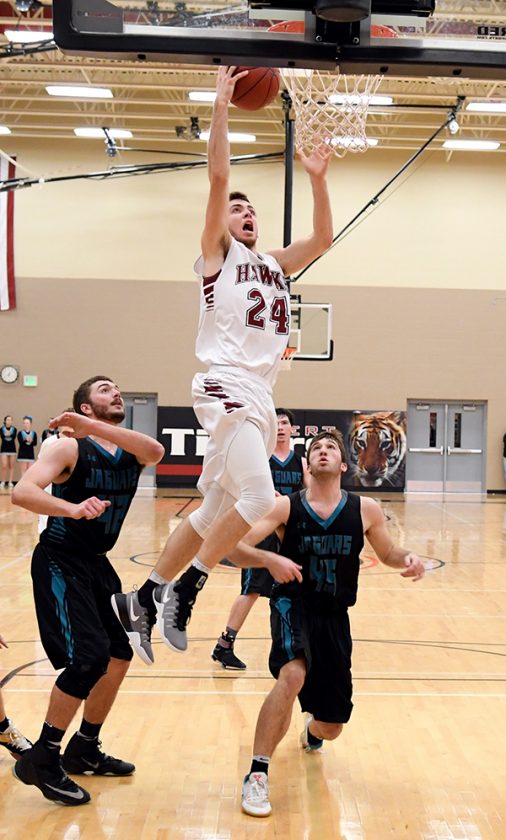 Jonny had a lot of God-given talent, but he took that and did all the little things. His leadership, his work ethic, his competitiveness … he just had the stuff you really can’t coach.

There were times early in Marco Balderas’s career that he was mocked by opposing fans because of his small stature. And then those same fans watched him play and quickly shut up.

The kid could flat out play the game of basketball better than almost everyone else.

South Hamilton’s point guard from 2014-18, Balderas was a major player in a pair of trips to the Class 2A state tournament. With a great handle and a driving float shot he perfected, Balderas was a human highlight reel each time he stepped onto the court.

Marco had a natural instinct for the game that really is not coachable, that was probably his greatest asset. He had a natural knack to be in the right place at the right time.

Let’s just put this out there — Clay Harreld’s career numbers at Northeast Hamilton are ridiculous.

A four-year varsity contributor from 2008-12, Harreld could do it all — score, rebound, distribute, defend — and the Trojans were the beneficiaries. They went 67-6 over his final three seasons.

Harreld ranked second in the state in scoring as a senior at 28.3 points per game, trailing only Linn-Mar’s Marcus Paige (28.4), who went on to become an All-American at North Carolina.

•Averaged 20.3 points and 8.3 rebounds per game over his final three seasons.

Clay just had a special drive and determination in him. He always wanted to get better and he absolutely hated to lose.

The body of a forward and the skill set of a guard helped to make Collin Hill one of the best players in Class 2A throughout his South Hamilton career.

At 6-foot-5, he could bury opponents from the perimeter or inside the paint if that’s what the Hawks needed.

What could he have accomplished had he not missed his entire sophomore season due to a broken leg? You can only wonder, but it’s safe to say that Brad Barkema’s school record 1,906 points would have been in jeopardy.

Simply put, over South Hamilton’s most recent run of excellence, there wasn’t a better player.

He had the size and athleticism that really made it difficult for opponents to guard. He had a determination out on the floor too and he didn’t like to lose.

Over the past 10 seasons, the Daily Freeman-Journal coverage area has produced more than a few basketball standouts, which made picking a five-player All-Decade Team challenging.

A handful of stars were unfortunately left off the team, but they still deserve to be recognized.

Here’s the best of the rest from Webster City, South Hamilton and Northeast Hamilton from 2010-20:

•Alec Fuhs, Webster City, 2012-16: A tough, gritty point guard who directed the ship on the Lynx 2015-16 North Central Conference championship team that went 20-3 and reached the Class 3A substate round, he scored 720 points in his career.

•Avery Fuhs, Webster City, 2012-16: He played on the wing while twin brother Alec was at the point. Avery had a smooth stroke from the perimeter and he could also take the ball to the hole. Scored 860 points over his three-year varsity career.

•Logan Peters, South Hamilton, 2015-19: A four-year varsity contributor who scored 848 career points, 654 of those as a junior and senior. Was an all-state performer as a senior when the Hawks took third in Class 2A.

•Marcus Mechaelsen, Northeast Hamilton, 2008-12: Scored 1,271 career points and averaged 17.8 points per game over his final two seasons. Alongside Clay Harreld, formed one of the best one-two punches in Class 1A.

•Logan Seiser, Northeast Hamilton, 2010-14: Finished his career just four points shy of 1,000. Took over the lead for the Trojans following the graduations of Clay Harreld and Marcus Mechaelsen and averaged 24.0 points per game as a senior in 2013-14.