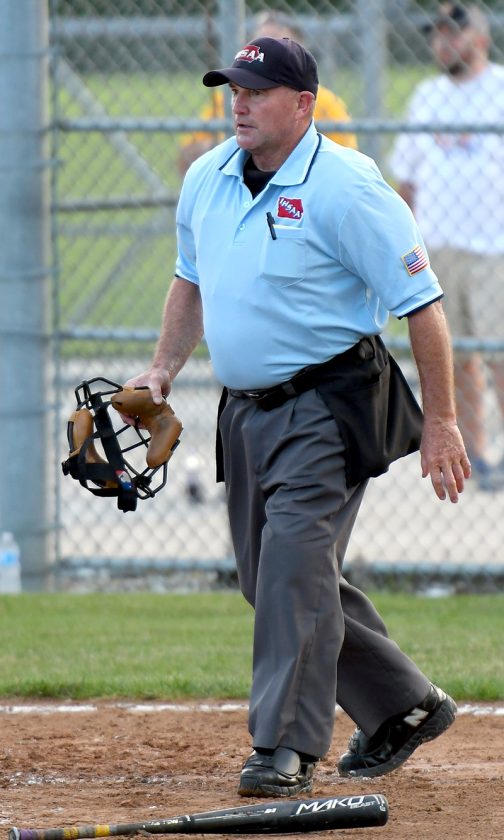 Jay Flora works behind the plate at a Webster City baseball game in June of 2018. A longtime official in three sports, Flora, who resided in Webster City until 2008, was inducted into the Iowa High School Athletic Association Officials Hall of Fame earlier this month. DFJ file photo/Troy Banning

Jay Flora works behind the plate at a Webster City baseball game in June of 2018. A longtime official in three sports, Flora, who resided in Webster City until 2008, was inducted into the Iowa High School Athletic Association Officials Hall of Fame earlier this month. DFJ file photo/Troy Banning

Locally, Jay Flora will probably always be known as the father of two of the greatest female athletes ever to walk the halls at Webster City High School. He’s perfectly fine with that too.

Tara (Flora) Trine was a versatile multiple-sport star, most notably on the softball field where she grabbed elite all-state honors in the outfield during the program’s heyday prior to her graduation in 2000. Little sister Jenny (Flora) Vinzant left an even bigger imprint as the uber talented elite all-state second baseman on the Lynx 2001 Class 2A state championship team. She exited WCHS in 2002 with more accolades in four sports than she could count.

But around the state and, heck, even parts of the Midwest, Jay Flora has long been renowned for his skills as an official. Baseball, basketball, football; take your pick. He’s spent decades working all three beats at the prep and collegiate levels with the type of success that only the best of the best achieve.

Flora received the ultimate honor earlier this month when he was inducted into the Iowa High School Athletic Association Officials Hall of Fame. It wasn’t something he ever sought or even envisioned, but he wouldn’t be human if he didn’t admit it was a call he was all too happy to take.

“It is cool, but it also makes you look back and realize how old you are,” said Flora, a Webster City resident until 2008 who now resides in Marshalltown with his wife, Tammy. “It’s a hobby that you do and there aren’t a lot of places where you get recognized for a hobby.” 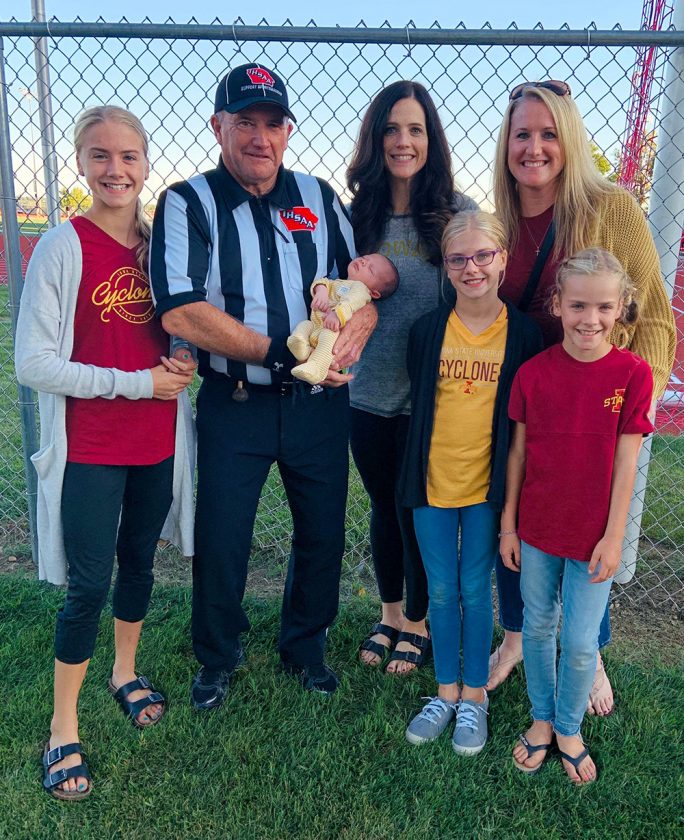 Flora began his officiating hobby in the summer of 1981, the same year that Tara was born. Baseball was always his first love, closely followed by basketball. He moved inside to the hardwood that same winter, and then added football to his arsenal in the fall of 1982.

And nearly 40 years later, Flora still puts on the uniform from time to time, although a car wreck nearly two years ago sent him to the sideline for a year. It’s never been about the money earned — a common theme from those officials that are just starting out to the most seasoned of veterans — but the relationships built over the miles traveled and games worked.

“If somebody said to me, ‘There’s a hundred dollar bill under a rock in Algona, you should drive up there and pick it up,’ I’d say, ‘There’s no way I’m doing that.’ So it’s about the relationships you make with fellow officials and coaches, and even the kids,” said Flora. “I have 40 to 50 good official friends and a lot of coaches, and there are even the kids that you get to know and really like.”

Flora estimates he’s worked 17 or 18 state baseball tournaments in Iowa, and somewhere in the ballpark of 10 or 11 state championship games on the diamond. That the exact numbers don’t quickly rattle off his tongue tell you that, one, he’s long been considered one of the best umpires in the state and, two, it’s never been about ego for him.

He turned down plenty of additional state tournament offers too back when his daughters were tearing up opponents on the softball field for Webster City.

“When the girls were younger I got asked to work state tournaments, but I turned them down,” said Flora. “I didn’t care because I wanted to watch my daughters play. I’ve never heard anybody say I wish I would have worked more and missed my daughters’ games, so it wasn’t a difficult choice.”

Flora worked plenty of football and basketball games at the collegiate level.

He spent five years on a football crew that worked Missouri Valley Conference games, but he voluntarily walked away from the prestigious gig.

“I really didn’t enjoy that as much because it was such a time suck,” he said. “I’d leave on Friday, get a Saturday game and then either get home Saturday night or Sunday morning. And the Missouri Valley was a feeder league for the Big Ten and I felt like I was taking a spot from some younger guys that wanted to move on, so I got out of that. It was one of the harder decisions, but one of the better decisions too.”

Now admittedly in the twilight of his career, Flora says he still works occasionally. He stepped onto the football field a few times last fall, and this past winter he took on 15 junior college basketball games and a handful of prep contests.

When will he hang up his whistle and chest protector for good? Soon, he said.

“I’m going to work some high school baseball this summer, but this might be the last year,” he said. “Somebody said to me once that you’ve got to go and throw all of your equipment away or you’ll never get out of it, and I think that’s true.”

It’s been 12 years since Flora resided in Webster City, but he still thinks about the community with fondness on a regular basis. He can still remember the details of the Lynx improbable run to the state softball crown 19 years ago and it always puts a smile on his face.

“Webster City has a really soft spot in my heart,” said Flora, who still visits the community occasionally in the summer to work a baseball game. “I can’t emphasize enough how much we miss (the community). For us to have the administrators and coaches and teachers that we got to interact with … in a town the size of Webster City, to have the great experience at the school and with the local people, it was just amazing.”