Spring sports: hope for the best, prepare for the worst 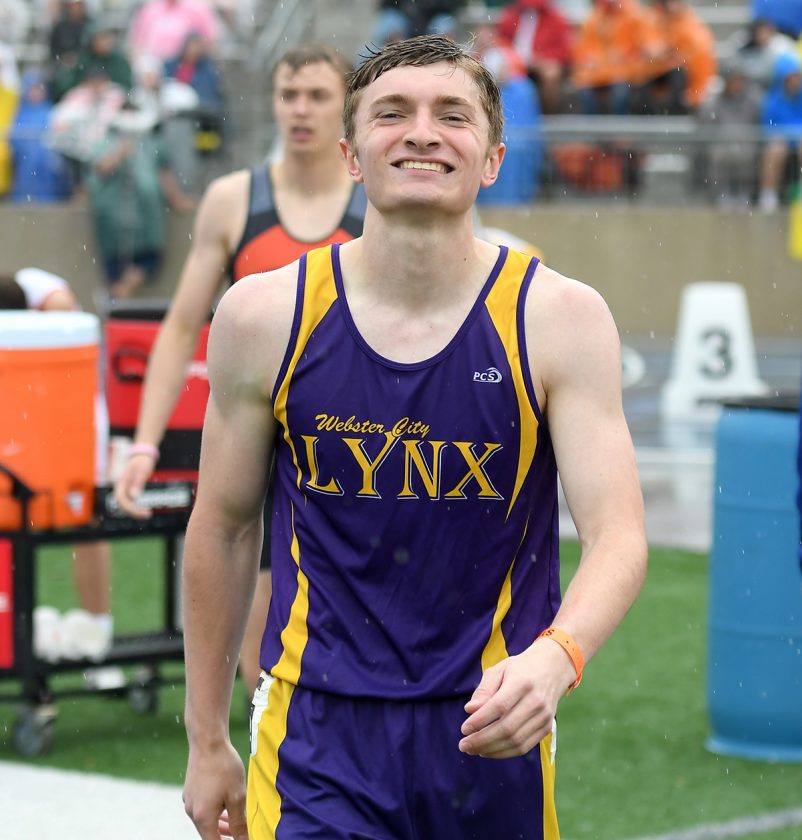 Webster City’s Garrett Whitmore smiles after placing third in the Class 3A 400-meter low hurdles at the 2019 state track and field meet in Des Moines. Whitmore is considered a favorite to win a state title in the event this spring, but will he even get the chance to compete? DFJ photo/Troy Banning

Spend even two minutes talking to Webster City senior Garrett Whitmore and a couple things become evident — (1) he’s probably a lot smarter than you are, and (2) he is a thoughtful, articulate young man.

A 35 on his ACT. Accepted to MIT. Seriously, the kid has the type of intelligence that comes around maybe once in a generation.

He’s also an accomplished athlete and this spring is his chance to make everyone stand up and take notice.

The Class 3A bronze medalist in the 400-meter low hurdles at the 2019 state track and field meet, Whitmore wants to be known as a state champion. He’s got a heck of a shot at it too; he’s the highest returning finisher in 3A and his school-record time of 54.17 seconds is probably in trouble. 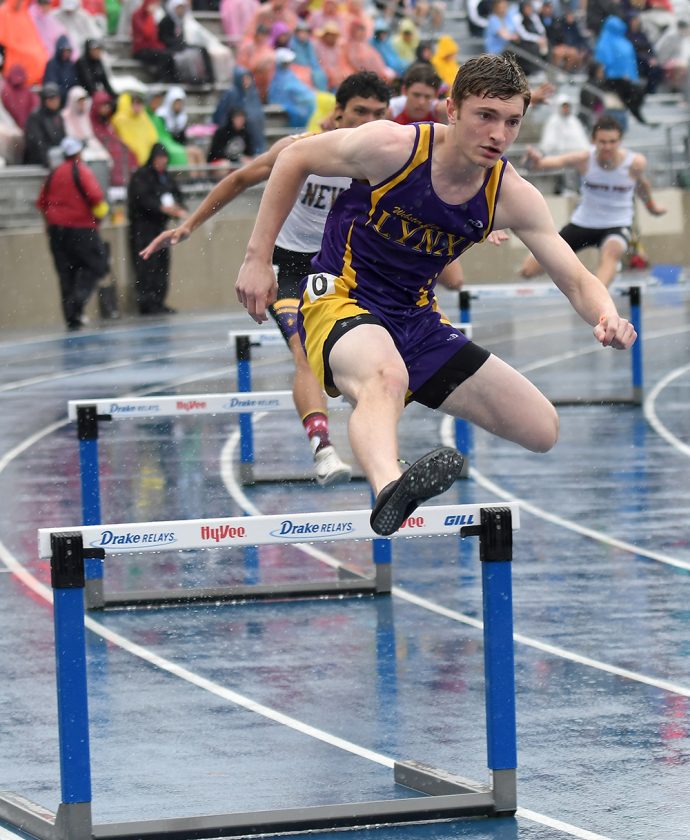 But will he get the chance? OK, let’s do this.

Two days ago, I would have laughed had someone said to me that the spring sports season was in jeopardy due to the coronavirus. But as we’ve all learned, a heck of a lot can happen, and has happened, in the last 48 hours.

NHL season — paused, whatever that means.

MLB season — pushed back at least a few weeks.

All NCAA winter and spring tournaments — better luck next year.

That last one is what made me shiver and it’s the reason I’m writing this column. Several conferences, including the Big Ten, have announced cancellations of entire spring seasons, including those that won’t even conclude until after the end of the spring semester.

So is it out of the realm of possibility that high school sports will follow suit?

Let’s put it this way: Right now, as I type this sentence, I’d put the odds of spring high school sports continuing in Iowa at less than 50-50. There will almost certainly be a delay and the idea of cancellation shouldn’t be scoffed at.

This is where we’re at, folks.

I have no inside sources feeding me this information, no special insight into the thinking of the powers that be at the Iowa High School Athletic Association and Iowa Girls High School Athletic Union. This is just one guy’s opinion based on how the current winds are blowing.

Des Moines public schools have already announced their doors will be shut for several weeks. Ohio Governor Mike DeWine has ordered all of his state’s public schools closed for at least the next three weeks. And although the Iowa Department of Public Health is still not yet recommending the cancellation of public events, how long do you think it will be before it changes course? A day? A week? It’s probably closer to the former.

And that brings me back to Whitmore, a kid that deserves his chance at trying to win a state title.

“I really didn’t think about the possibility of that happening (canceling the season) until (Wednesday) when the Iowa State indoor meet got canceled,” Whitmore said. “Now what’s going to happen with the Drake Relays and the district meet and the state meet with all of these schools coming together? Because that’s what they’re trying to avoid.

“I’m kind of scared the whole season is going to be over. I really don’t want that to be taken away, but I can understand the logic.”

As smart and pragmatic as Whitmore is, he’s also still a high school kid with a dream. The thought of a virus, one that hasn’t hit Iowa in mass proportions yet (key word: yet), is still a bit inconceivable.

“Honestly, I’d feel a bit robbed if that happened,” Whitmore said. “I’m not saying I’m going to win or anything, but I’d feel robbed of the chance to run on the blue oval for the last time.”

Whitmore’s stance is completely understandable. I’m right there with him. I don’t want to see the area tracks, golf courses, soccer pitches and tennis courts shut down any more than he does.

But if it happens, I get it.

Look, there’s so much we still don’t know about COVID-19, particularly in terms of the actual outbreak. You can cling to the notion that this isn’t a serious problem if you want, but I’ll take my cues from the scientists who are in lockstep with the theory that this is going to get worse before it gets better. Current testing procedures are inadequate — that’s putting it nicely — and the reality is there are likely many, many more people infected than we currently know.

This is a time to be proactive, not reactive. Otherwise, the United States stands a real chance of becoming the next Italy, a country so overrun by the virus that it’s currently on lockdown.

Is that me overreacting? Hey, your opinion is your opinion. But this isn’t the flu. This is much worse than the flu, experts say. That’s not political fodder, that’s not a media conspiracy. That’s just a fact.

I’m still going about my normal routine, albeit with a lot more hand washing. I’m still out in public. I’m still planning to attend my youngest daughter’s state gymnastic meet on Sunday. I’m not hiding in my room with a blanket pulled over my head.

I do worry though. Not for myself, but for others. I worry I’ll contract it and pass it along to my parents, who are among the elderly (my mom will absolutely cringe if she reads that I placed her in that group) at high risk. I worry about my wife, who is just six months removed from her last round of chemotherapy. Has her immune system fully recovered, or is she still in that high-risk group?

I don’t know, and that’s my point. None of us know much of anything about the long-term ramifications. So what is the harm in being overly cautious?

It’s a slippery slope, I get it. Believe me, I do.

But the more proactive we all are now, the quicker this too shall pass. Cut the head off the snake before it can bite you, so to speak.

Back to spring sports for a minute. I truly hope that, at worst, the season is delayed. By the time the April rain washes away, I hope it’s full steam ahead. I hope that I get to watch Garrett Whitmore fly across the finish line in the middle of May and celebrate a state title.

Hope. It’s what we all need right now.

Webster City’s Garrett Whitmore smiles after placing third in the Class 3A 400-meter low hurdles at the 2019 state track and field meet in Des Moines. Whitmore is considered a favorite to win a state title in the event this spring, but will he even get the chance to compete? DFJ photo/Troy Banning