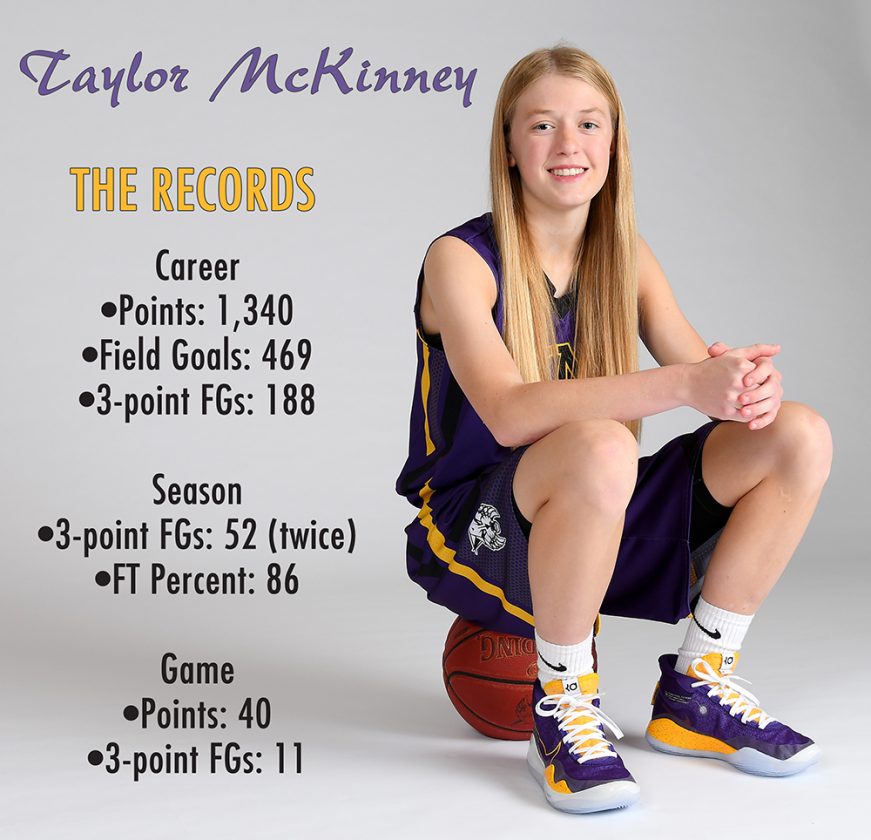 Competing for Team Valley, Phetxoumphone went 3-1 and raced to the finals with three decision victories. He took out Brody Peters of Team Porcelli, 4-3, in the semifinal round.

Blaze Sorensen of Davis County Elite knocked off Phetxoumphone, 4-0, in the championship bout at 48 pounds.

MCKINNEY AN ALL-STAR: Webster City senior Taylor McKinney has been selected to play in the Iowa Girls Coaches Association Larry Niemeyer Senior Girls’ Basketball All-Star Game on Saturday and Sunday, April 4 and 5, on the campus of Kirkwood Community College in Cedar Rapids.

McKinney will play for the Class 3A/4A team that will be coached by Bart Smith of Clear Lake.

A first-team all-conference, all-district and all-region player this season, McKinney is the Lynx all-time leading scorer in 5-player basketball. She completed her career last month with 1,340 points.

CLARK IS MISS BASKETBALL: Caitlin Clark, a West Des Moines Dowling senior and one of the top prep girls’ basketball players in the country, has been named Miss Basketball by the Iowa Print Sports Writers Association.

The 5-foot-11 University of Iowa recruit averaged a state-best 33.7 points per game as a senior and completed her career with more than 2,500 career points.