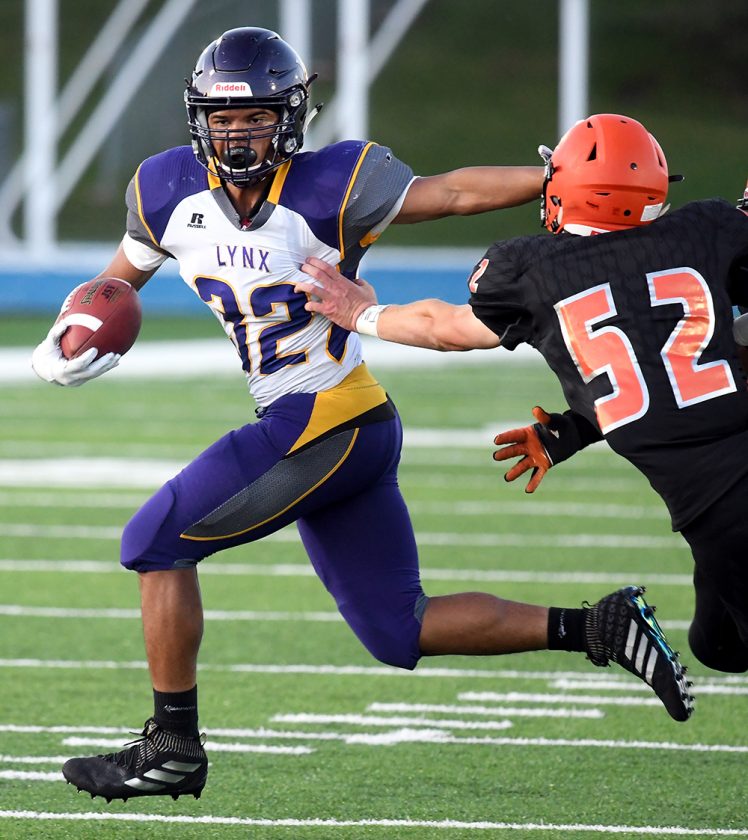 The Iowa High School Athletic Association released the 2020 football schedules on Thursday and for the most part Webster City’s nine-game regular season slate was surprise-free.

Except for Week 4 — a 126-mile excursion across the state to Manchester to take on West Delaware. Webster City and West Delaware have met just once all-time, that coming in a 2011 Class 3A state quarterfinal inside the UNI-Dome, a contest the Hawks won, 39-28.

“West Delaware is a really good program and that will be a good game, a good test to see where we are at that point in the season,” WCHS head coach Bob Howard said. “I respect their coaches and their program, so it will be good.”

WCHS will also face Spencer, Carroll and Algona during the non-district portion of the season before 3A District 2 play gets under way in Week 5. 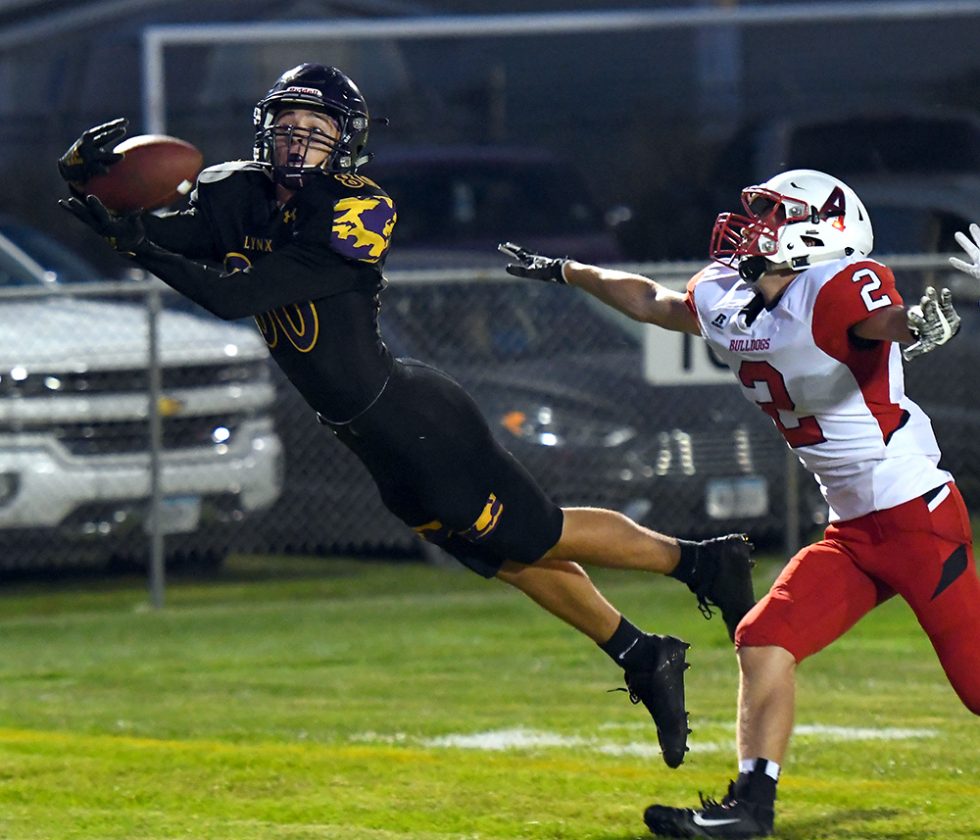 Tyler Olson led the state in interceptions with 12 in 2019. He was a Class 3A first-team all-state defensive back. DFJ photo/Troy Banning

Quite frankly, Howard wasn’t sure how the schedule would play out. Traditionally strong over the past 15 years and with a unique offense that isn’t exactly easy to prepare for in one week, WCHS isn’t a preferred opponent of many teams across the state.

The Lynx could have easily been paired up against Fort Dodge. There could have been a possible road trip to Harlan.

In other words, Howard was satisfied with what his team was given to work with.

“Only Harlan called us about possibly playing a game,” Howard said. “I guess I should take that as a compliment and it’s better than when everybody called and wanted to play Webster City.

“We got two of the games we wanted (Spencer and Carroll) and Algona, I’m happy with that one too. I wish we were playing all conference schools for those non-district games, but that isn’t how everybody else feels.”

WCHS, which went 6-3 a season ago, will open up with back-to-back home games against Spencer and Carroll on Aug. 28 and Sept. 4, followed by two consecutive road trips to Algona and West Delaware.

The Lynx will host Ballard in the district opener on Sept. 25 and follow it with a game at Humboldt. Home against Mason City, on the road against Gilbert and back home to take on Boone on Oct. 23 will wrap up the regular season.

It will be the seventh consecutive season in which WCHS and Boone will meet in the regular season finale. The Lynx have won the last nine meetings against the Toreadors.

Algona, which went on to reach the 2A semifinals, survived a classic at Lynx Field when WCHS failed to convert on a two-point play in the final minute of regulation.

The nine opponents combined for a 35-49 record a season ago. Algona is the lone returning state playoffs qualifier on the schedule.

WCHS will return plenty of talent off its 2019 team, including first-team all-state defensive back Tyler Olson and all-state running back Trey Mathis. Olson led the state, regardless of class, with 12 interceptions and he has a chance to vault into the top-5 in state history with another productive campaign this fall. Mathis claimed the District 2 rushing title in 2019 with 1,333 yards and his 25 touchdowns on the ground were tops in 3A.

Throw in a veteran offensive line and plenty of returning starters on defense and the Lynx have the pieces to put together a strong season.

Tyler Olson led the state in interceptions with 12 in 2019. He was a Class 3A first-team all-state defensive back. DFJ photo/Troy Banning