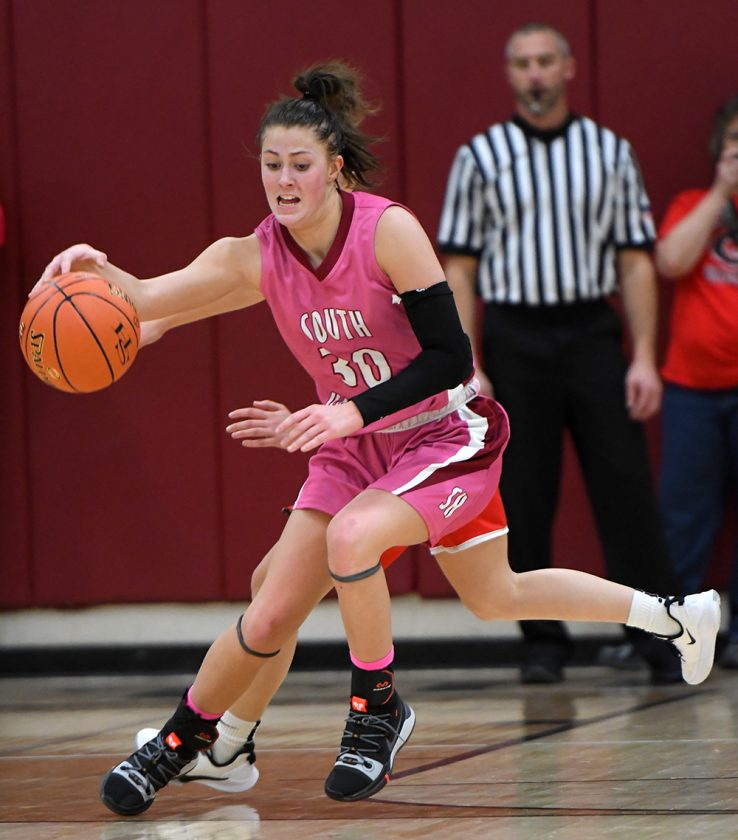 South Hamilton freshman Hallee Feaker (30) comes up with a steal on the perimeter against Gilbert during a game this winter in Jewell. Feaker was recently named to the all-HOIC second team. DFJ photo/Troy Banning

WEBSTER CITY — Stepping into the basketball spotlight as a freshman is never easy. Doing it in a conference that proved to be one of the best in the state is an even more daunting task.

But that’s the position that South Hamilton rookie Hallee Feaker found herself in this winter, and more often than not she handled the pressure just fine.

She was rewarded for her efforts too.

Feaker was recently named to the all-Heart of Iowa Conference second team by the league’s coaches, and she was one of just two freshmen to make the first- or second-team cut. North Polk freshman Makayla Boatman was also named to the second team.

“That’s a pretty big deal for her to get that as a freshman and overall I thought she had a really good season,” South Hamilton head coach Mark Henderson said of Feaker. “Only one other freshman was honored and she played for a state championship.” 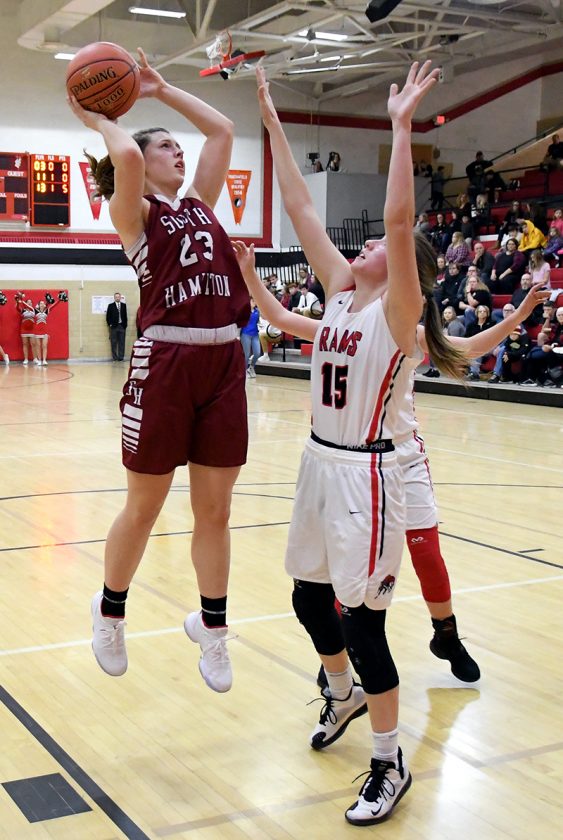 Feaker ran the show for the Hawks from the point guard position and led the team in scoring at 8.3 points per game. She was also second on the team in rebounds and steals.

Henderson knew there would be some bumps in the road when he handed the keys to his team to a freshman, but he also knew that Feaker was up to the challenge.

“As a freshman it was expected that she’d have some ups and downs, but Hallee has a bright future ahead of her,” Henderson said. “Hopefully this can springboard her and she can be a first-team player next year. She has all sorts of opportunities, that’s for sure.”

Hewitt (6.8 points per game) and Balderas (5.9 points per game) ranked second and third on the team in scoring. Balderas cashed in on a team-high 22 3-point baskets, and Hewitt shot a team-best 42 percent from the floor. 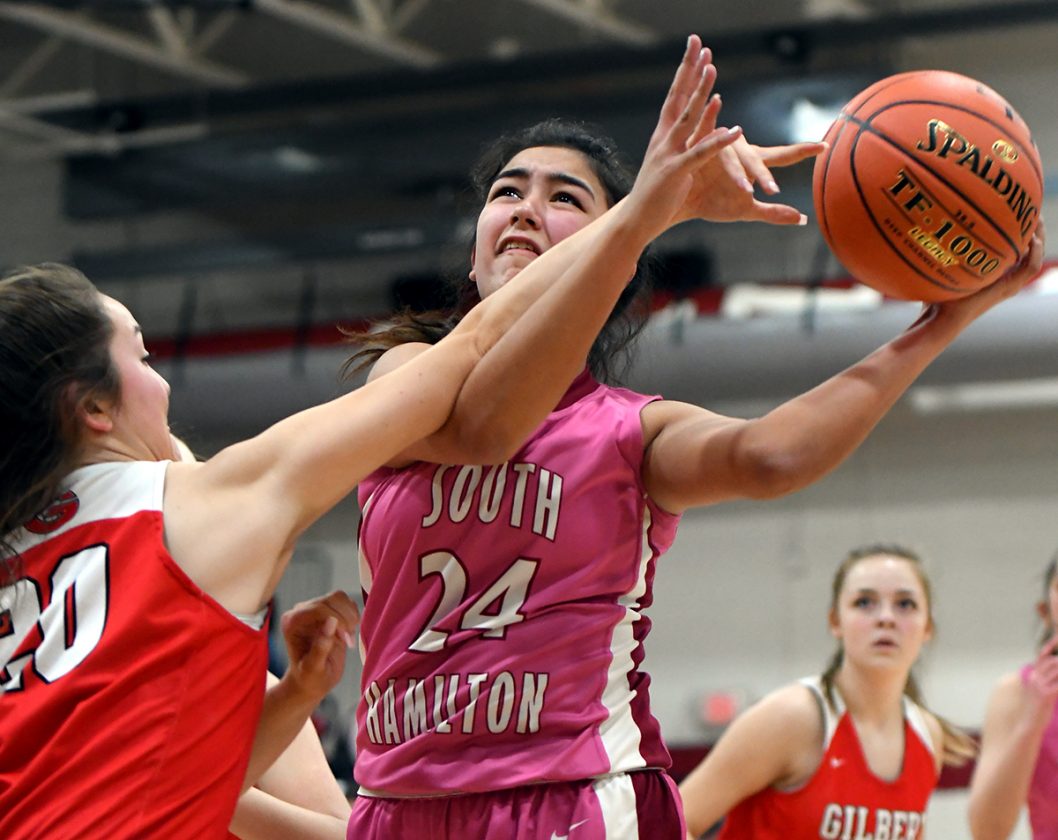 The HOIC first team was littered with all-state talent, led by the North Polk duo of Jaedon Murphy and Maggie Phipps, who pushed the Comets to a second straight Class 3A title game. Gilbert was a 4A state qualifier and had two first-team players in Ava Hawthorne and Emma Bulman.

Roland-Story, a 3A top-10 team all season that came up one win short of state, placed Juliann Clark and Reagan Barkema on the top team. PCM’s Regan Freland and Nevada’s Kacie Rewerts rounded out the first team.

“The talent pool in the conference was definitely deep this year,” Henderson said. “Look at somebody like Regan Freland from PCM, a four-time first-team all-conference girl. She’d be the best player in a lot of conferences across the state.”

The good news for a program like South Hamilton, which is looking to climb that league hierarchy, is that only one of those first-team players (Barkema) will return to HOIC floor next winter. Graduation will eliminate four of the players, while Gilbert and North Polk will both exit to join the Raccoon River Conference at the start of the 2020-21 school year.

West Marshall will join the HOIC beginning in the fall.

“There are definitely a lot of opportunities, both individually and as a team going forward to really move up the ladder in the conference,” Henderson said. “Roland-Story is definitely going to be the favorite, but the conference is wide open.”

South Hamilton freshman Hallee Feaker (30) comes up with a steal on the perimeter against Gilbert during a game this winter in Jewell. Feaker was recently named to the all-HOIC second team. DFJ photo/Troy Banning