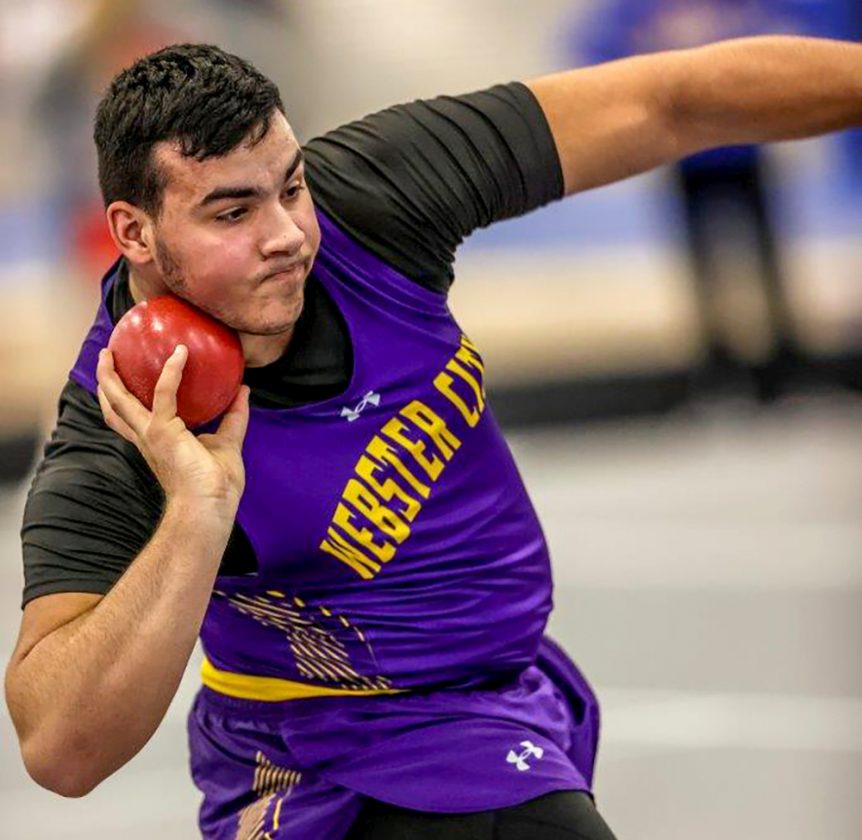 Webster City sophomore JJ Moore competes in the shot put at the Nielsen Family Boys’ Indoor on Friday in Humboldt. Moore won the event, part of the Lynx haul of nine medals and runner-up finish in the team standings. Photo by Rick Thompson

HUMBOLDT — It’s just one meet, an indoor meet at that, but it didn’t take long for Webster City boys’ track and field coach Chad Hisler to realize that his team could be special here on Friday.

Will the Lynx get a chance to compete again? Now that’s the question that no one can answer, not right now anyway.

With the coronavirus causing cancellations across the country, Hisler doesn’t know when, or even if, his WCHS squad will get the chance to run again. It’s scheduled to begin the outdoor season on April 7, and so for now all he can do is cross his fingers and hope.

“I hope this wasn’t our only chance to run,” Hisler said following Friday’s Nielsen Family Boys’ Indoor. “We have a chance to have a really good team.” 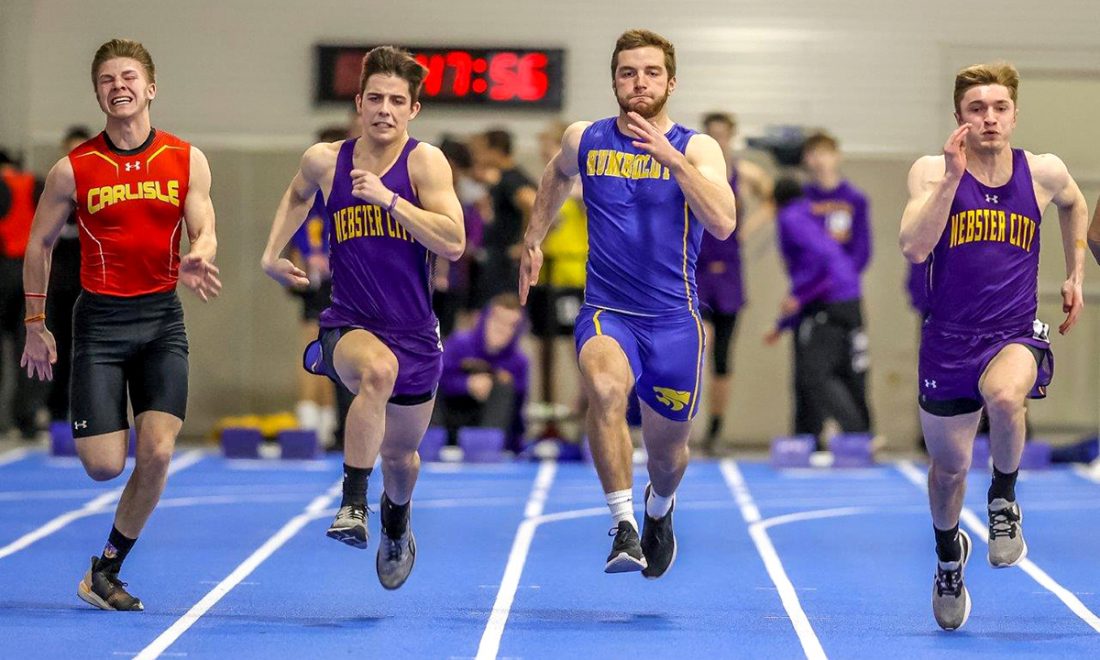 The indoor meet gave WCHS a chance to showcase its depth and talent, particularly in the individual sprints and relays where the Lynx claimed six of their nine medals.

Whitmore, LaSourd and Mathis were joined by Kasey Porter on the winning 4×200 relay (1:40.32). The foursome held off the Lynx second squad in the event led by freshman CJ Hisler, which grabbed silver in 1:44.78. Connor Hanson, Brendyn Carlsen and Skyler Scott also competed.

“We were just solid up and down the lineup,” Chad Hisler said. “Garrett and Lincoln were obviously good, but we had a lot of freshmen step up. It was a strong class in middle school and we were expecting them to do well.”

“You don’t really count on there being a team score at an indoor meet,” he said. “We didn’t set it up with that in mind. We didn’t run guys like Garrett or Lincoln in as many events as we could have.”

The Eagle Grove Relays is the next thing on the Lynx schedule and it’s 22 days away. Now all they can do is wait and hope it takes place.

Webster City sophomore JJ Moore competes in the shot put at the Nielsen Family Boys’ Indoor on Friday in Humboldt. Moore won the event, part of the Lynx haul of nine medals and runner-up finish in the team standings. Photo by Rick Thompson