Brown gets married, takes over at Briggs Woods in 3-day span 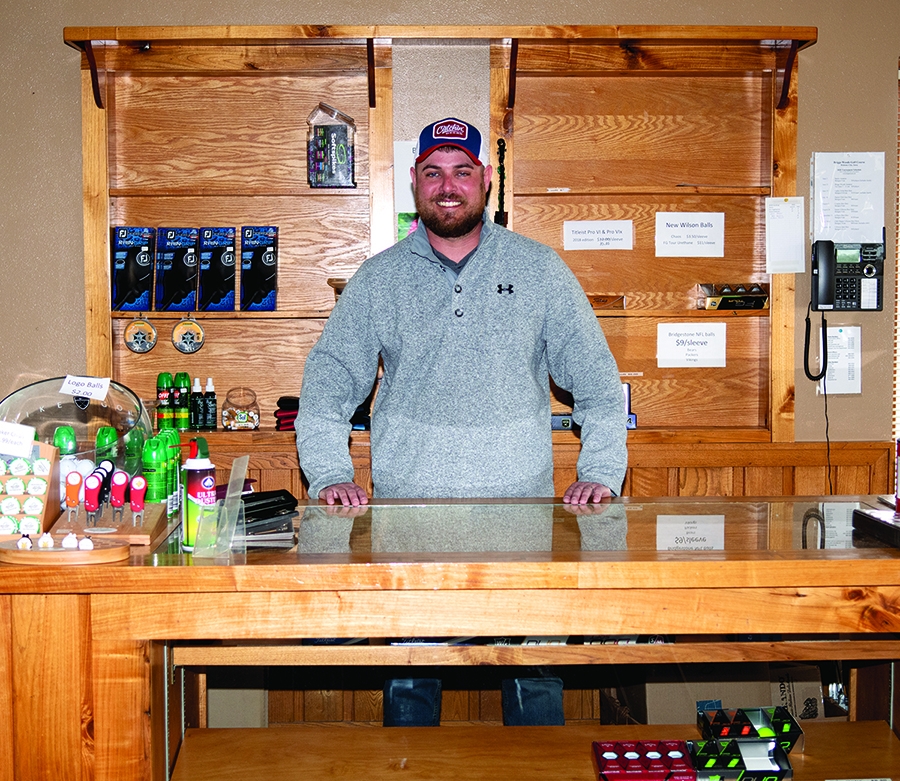 New Briggs Woods Golf Course superintendent Travis Brown poses inside the clubhouse recently. A 32-year-old native of Boone, Brown took over his duties on March 2. Briggs Woods is scheduled to open to the public on Tuesday, March 31. DFJ photo/Troy Banning

New Briggs Woods Golf Course superintendent Travis Brown poses inside the clubhouse recently. A 32-year-old native of Boone, Brown took over his duties on March 2. Briggs Woods is scheduled to open to the public on Tuesday, March 31. DFJ photo/Troy Banning

WEBSTER CITY — Travis Brown’s life has been a whirlwind of changes over the last month and the 32-year-old Boone native can’t stop smiling as he offers up the details.

A new wife. A new stepson. A new job. Plenty to be happy about.

Brown and his wife, Erin, spontaneously decided to move up their wedding by more than seven months when they got married on a vacation in Las Vegas on Feb. 28. And three days later he began his new job, one that’s tailor-made for him, as the superintendent at Briggs Woods Golf Course.

“We were supposed to get married on Oct. 2, we had the wedding planned out, but we just decided to go for it,” Brown said with a smile on his face. “We had joked around that we could do this out in Vegas, but that last full day out there we really got to talking about it.”

And here’s something of a news flash for everyone: getting married in Las Vegas isn’t the quick and easy procedure that many believe. 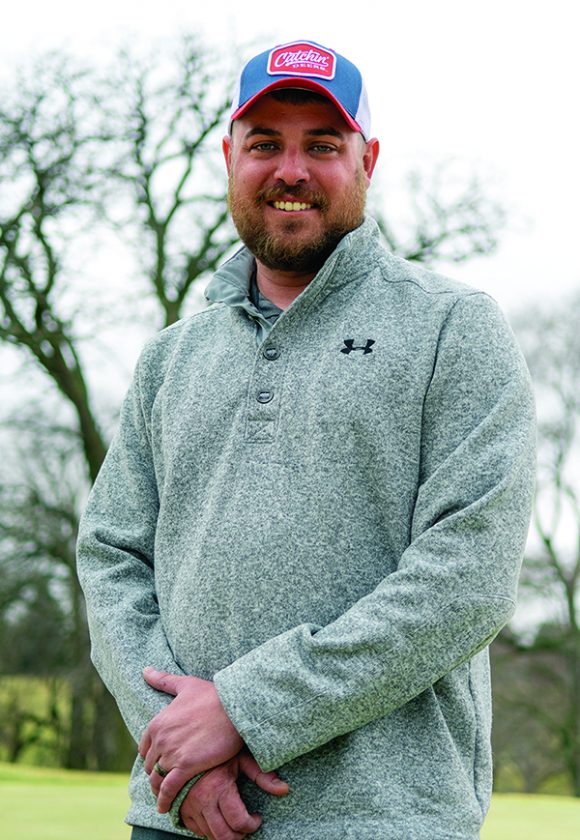 With a degree in horticulture and turf grass management from Iowa State University, Brown has spent almost half of his life working at golf courses throughout Iowa. He fascination and passion for his chosen profession actually began before his teenage years when Honey Creek Golf Club in Boone was under development.

“My best friend’s parents built Honey Creek when I was 10 and we were always out there,” he said. “We were still kids, out there hunting, fishing and just exploring. But I was out there for the process of watching the golf course develop.”

Brown eventually became the assistant superintendent at Honey Creek after he completed his degree at Iowa State in 2010. He left the nest soon after to become the superintendent at Diamond Trail Golf Club in Lynnville for five seasons, and then moved down the road to Pella to take over the same duties at Bos Landen Golf Club, a widely respected golf course throughout the state and Midwest.

But that pull back towards his roots was always present, and when the opportunity at Briggs Woods arose, Brown jumped at the chance.

“I saw this job come open three months ago … it’s close to home and I love it up here, so I thought heck yeah, let’s do it,” Brown said. “It’s nice to get back into the area that I really know.”

Brown admits that he wasn’t terribly familiar with Briggs Woods prior to his arrival. But day by day he’s learning the terrain and coming up with a vision for what he would like to see happen at the course over the next few years.

He loves the unique components of the landscape — the undulating, but mostly open front nine, followed by a golf cart ride under Highway 17 to the much tighter and trickier back nine.

“It’s such a cool atmosphere where it’s almost two golf courses in one,” he said. “I love having that front nine that’s more open, and then you get to the back and you better be ready. So it offers a challenge to the average golfers that they want. And it’s that small-town atmosphere that I’ve always been used to. Being at a small-town golf course, you get to know the golfers, you get to know the people and everyone hopefully becomes your friend at the end of the day.”

Brown knows it will take time to implement his vision. It is early spring in Iowa, after all. The grass hasn’t come in and the trees are still mostly bare.

But Brown knows one thing for sure — he wants a course that will have that wow factor when patrons step onto the grounds.

“What I really want to do to this golf course is bring that championship feel,” he said. ‘You can come out, you can play, you can have a good time, it’s not going to break your bank, but you get that feel of a championship course.”

But just to be clear, Brown’s background is in the aesthetics of the course. He’s not a whiz with a club in his hands. He joked that he can try to help players out with their swings if they want, but they may be worse off afterwards.

“My background is in turf management,” he said. “I golfed a lot when I was a kid and I still golf when I can, but it’s not like it used to be, that’s for sure.”

With Brown spending the majority of his time in a hands-on role on the course, the clubhouse manager duties will be handled by Maddy Daniels, who will take on the role full-time in June.

“You’ll see me in (the clubhouse) when I can and I’ll help out when it’s needed, but the course is going to be my new baby,” Brown said.

Briggs Woods is scheduled to open to the public on Tuesday, March 31.