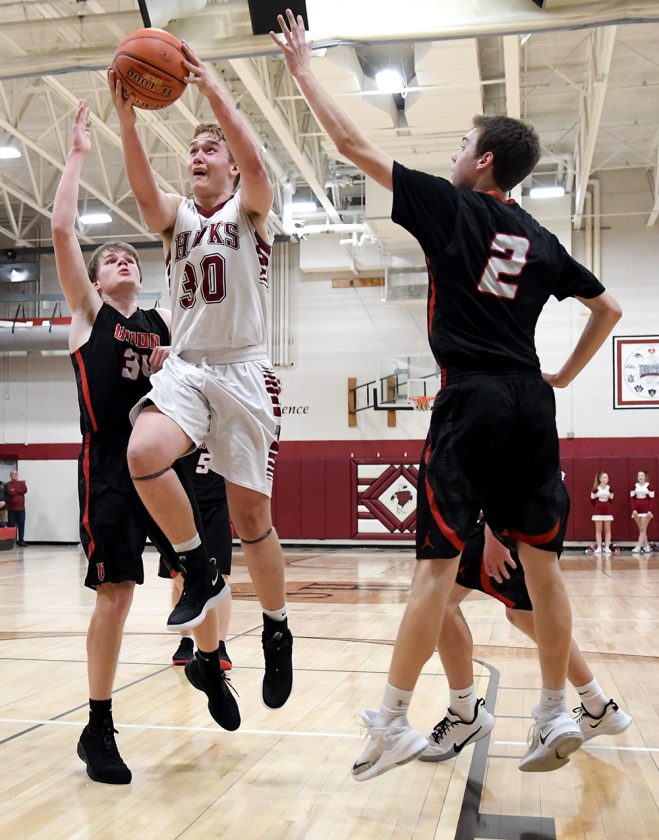 WEBSTER CITY — They’re the ultimate team guys, a sports moniker that is often used, but not as appreciated as much as it should be.

South Hamilton seniors Cade Balvanz and Quinton Grove spent four years doing anything and everything they could to help the Hawks win games, and they were quite good in their roles.

But as their careers come to an end, it’s high time they receive the individual recognition they so richly deserve.

Balvanz and Grove have been named to the all-Heart of Iowa Conference first team by the league’s coaches, it was recently announced. They’re part of an eight-man team comprised of the best of the best in the conference, a group where they certainly belong.

“I’m very happy for both of them,” South Hamilton head coach Matt Juber, who led the Hawks to a runner-up finish in the HOIC as a rookie, said. “In the past couple of years, a lot of what they have done might have gone unnoticed, at least in the boxscores. But this year they were able to blossom.” 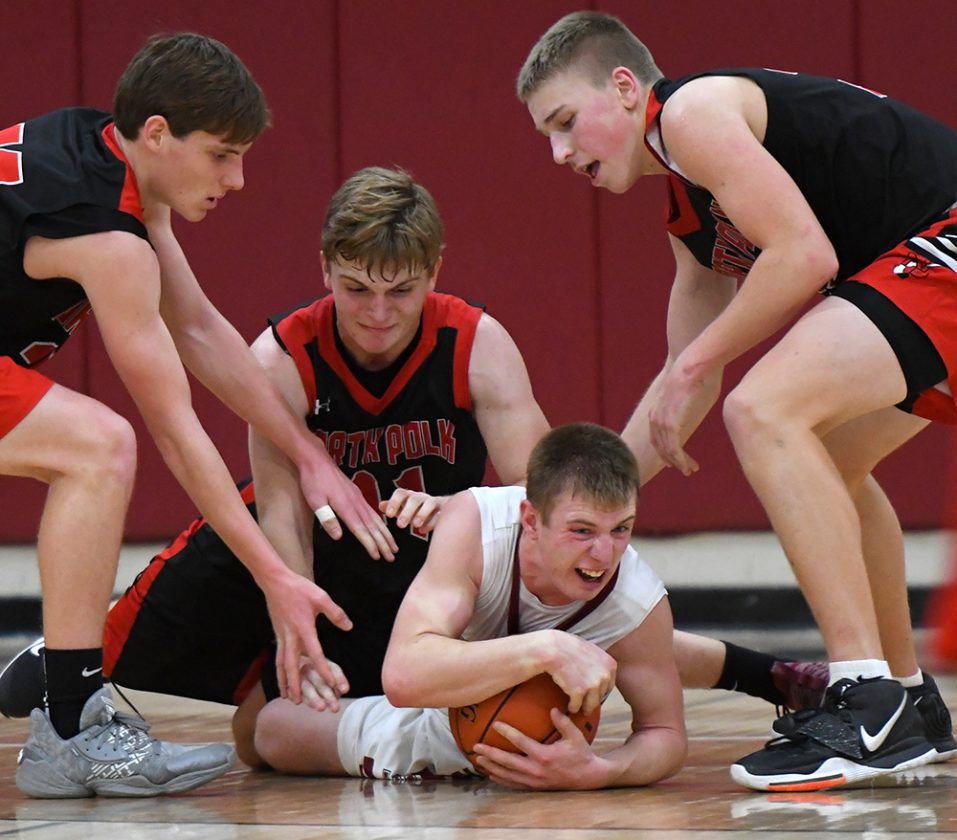 South Hamilton senior Quinton Grove (front) comes out of a scrum with the ball against North Polk during a game in Jewell this season. DFJ photo/Troy Banning

South Hamilton had five players in all honored. Senior Doran Lutjen was named to the second team, while junior Kyler Hodnefield and sophomore Austin Busch were honorable mention choices.

Balvanz and Grove were four-year varsity contributors during a renaissance-type period for the South Hamilton program. And at the end of the day, the only numbers that matter are 84 and 3.

The Hawks went 84-14 during their careers — a win percentage of .857 — and reached the state tournament three times. Balvanz and Grove were both starters on the 2018-19 team that placed third in Class 2A.

An offensive leader for his final run, Balvanz paced the Hawks this winter at 13.5 points and 6.3 rebounds per game. Grove, long known as the team’s defensive stopper, registered 9.4 points and 7.8 rebounds an outing. Grove was also the team leader in assists and third in steals. 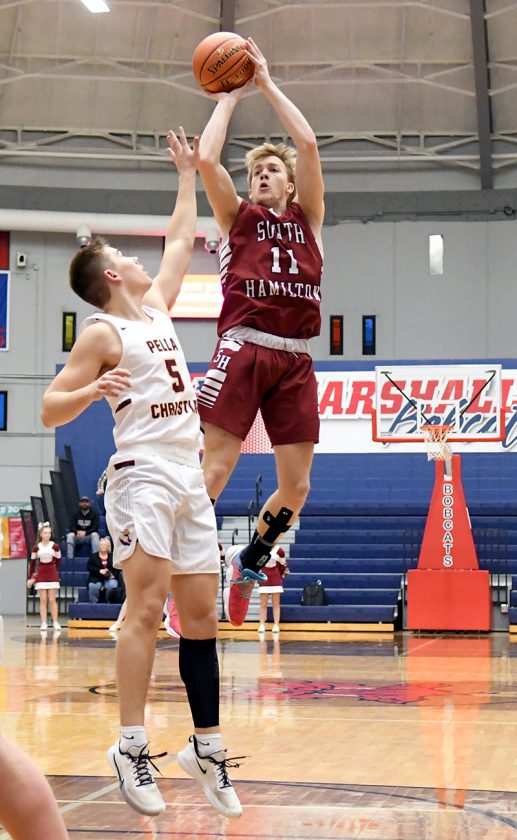 Juber credits their relentless work ethics for their successes.

“The overall progress Cade made with the growth of his game was really cool to see from a coach’s perspective,” Juber said. “Q is one of the best lead by example guys I’ve ever seen. He continuously put winning ahead of anything individual, and he was never going to back down from a challenge.”

Lutjen, also a key contributor to South Hamilton’s third-place state run a season ago, stepped into a more poignant role as a senior and thrived. He used his athleticism to average 11.8 points and 4.0 rebounds per game, and was routinely a thorn in the side of opposing teams at the defensive end of the floor.

“He’s one of the most athletic kids you’re going to see,” Juber said of Lutjen. “He was really good at creating his own shots, and defensively he could guard one through four and create a lot of issues with his length and quickness.”

Juber will rely on Hodnefield and Busch to step into leadership roles next season. Busch joined the varsity squad in January and gave it a spark with his gritty play down low. He averaged 6.4 points and 5.5 rebounds, while Hodnefield put up 4.0 points and 2.6 rebounds, and he was also the team leader in steals (42).

South Hamilton senior Quinton Grove (front) comes out of a scrum with the ball against North Polk during a game in Jewell this season. DFJ photo/Troy Banning