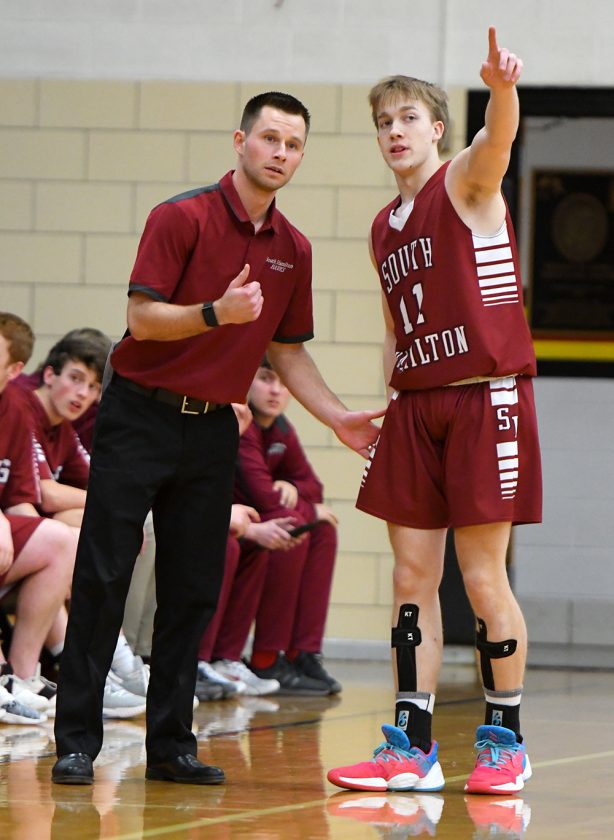 JEWELL — Matt Juber went into this with his eyes wide open.

South Hamilton’s first-year head boys’ basketball coach was given the keys to, in recent years, one of the premier Class 2A programs in the state.

“I stepped in the room on Day 1 knowing the position I was in,” Juber said. “As the season has unfolded, there have been some ups and downs, some poor decisions on my part, but every coach goes through that, especially that first time around.”

All Juber and his players have done is defy the odds. This was supposed to be a transition year or, to put it more bluntly, a rebuilding year. The dynasty was over, or so the theory went. 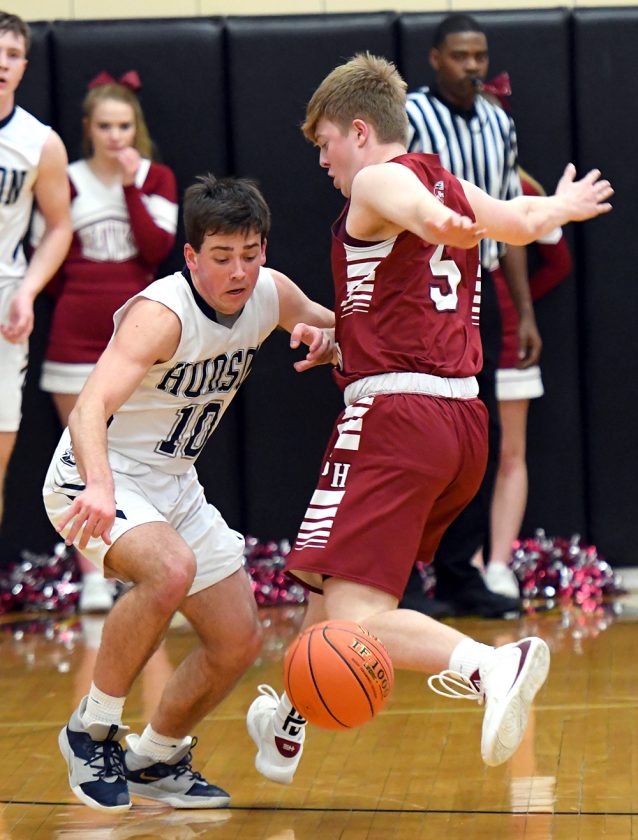 Juber never believed that. And neither did his players.

So here we go. South Hamilton (15-7) is back in the 2A substate final for a fifth consecutive season, just 32 good — OK, it may have to be great — minutes away from a fourth straight appearance in the state tournament. The Hawks will get their chance Saturday evening inside the Roundhouse in Marshalltown against Pella Christian (12-10). Tip-off is set for 7 p.m.

How exactly has South Hamilton pulled this off? Not only have they lost a handful of the best players to ever wear a Hawk uniform in recent years, but they also said goodbye to head coach Nathan Hill following last season’s third-place finish at state.

Heck, Nathan Hill not only stepped aside, but he took all of the Hill players with him!

“I don’t think it’s a dig on anyone to state the obvious that this program has had some really good players come through the past couple years, and this was the year that the cupboard perhaps seemed to be more bare than normal,” Juber said. “But the leadership that came back is a really big piece to this puzzle. There are some kids that have been there and done that, and they’ve led by example. And then the kids that have stepped in, they’ve started to realize the work and effort that it takes to compete like South Hamilton has in the past.”

Just look — look! — at what South Hamilton has graduated over the last three years:

• A total of 12 all-state honors from various publications.

But none of that really mattered to the only people that had a say in how this season would develop.

“We knew there would be doubters and we had a tough patch after the Christmas break, but we knew we could get back to where we needed to be,” Doran Lutjen, a senior guard who averages 12.0 points per game, said.

Said Quinton Grove, the Hawks’ quiet leader who does a little bit of everything: “Coach has told us throughout the season that we could get here. I don’t know if everyone believed it right away, but we’re all buying in right now.”

Juber credits his team’s better-than-expected season and postseason run to a bonded belief in each other. From the coaches to the players, they’re all on the same page at the right time.

“I knew if we came together like I thought we could, we could be a dangerous team,” Juber said. “I have two assistant coaches (Dave Lutjen and Mike Grove) that have been tremendous and their fingerprints are all over a lot of the stuff we’ve done.

“When everything has come together, it’s been a total team effort. It hasn’t been one person or one coach, it’s been a collective effort.”

And if South Hamilton can piece together one more of those total team efforts on Saturday? Put it this way — the Hawks have nine state-tournament appearances, four of them in the last six years, and No. 10 would be as magical as any that came before it.

Where: The Roundhouse, Marshalltown.

At Stake: A spot in the 2A state tournament field.