Reversal costs Thompson in opening round, he rebounds in consolation match at 195 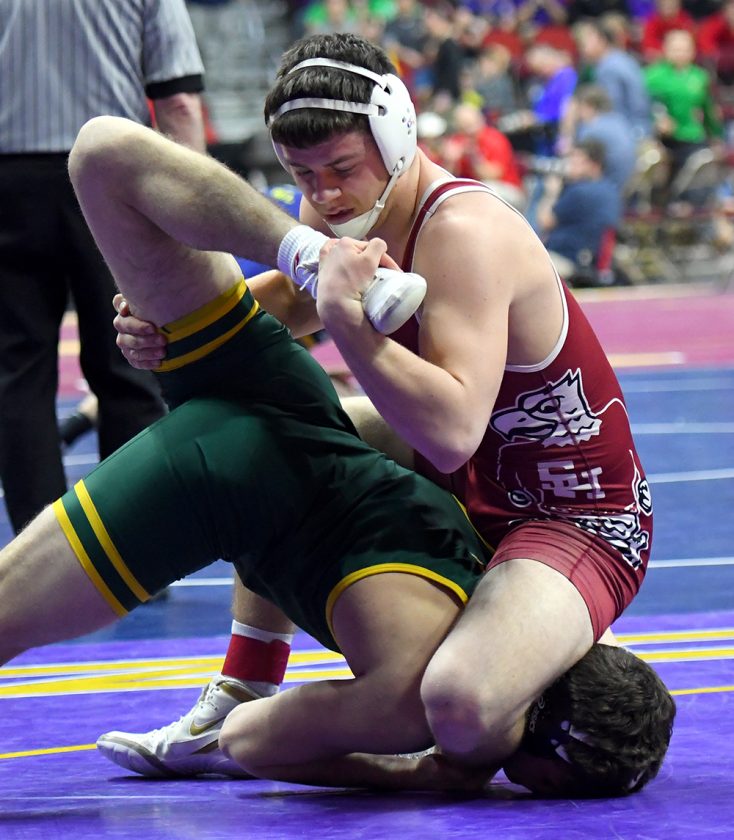 There was just one problem — the indicator light in his brain came on with two minutes remaining in his Class 1A 170-pound first-round match against sixth-ranked Cael McLaren of Council Bluffs St. Albert.

Swenson might have sputtered late, but he was still able to bring it across the finish line in a wild 15-11 victory that featured four sets of near-fall points and both wrestlers staring up at the lights.

“Going into it I knew it was going to be a match where if I went all out I could win it, and it sure was,” Swenson, who improved to 39-3 and advanced to this afternoon’s quarterfinal round, said. “I didn’t end it the way I wanted to, but a win is a win at this point.”

Swenson, the No. 7 seed, will face second-ranked, second-seeded and 2019 state runner-up Carson Tenold (30-3) of Don Bosco today. Tenold wasn’t exactly dominant in his opener; he survived a 4-2 decision over Connor Fehr of West Bend-Mallard. 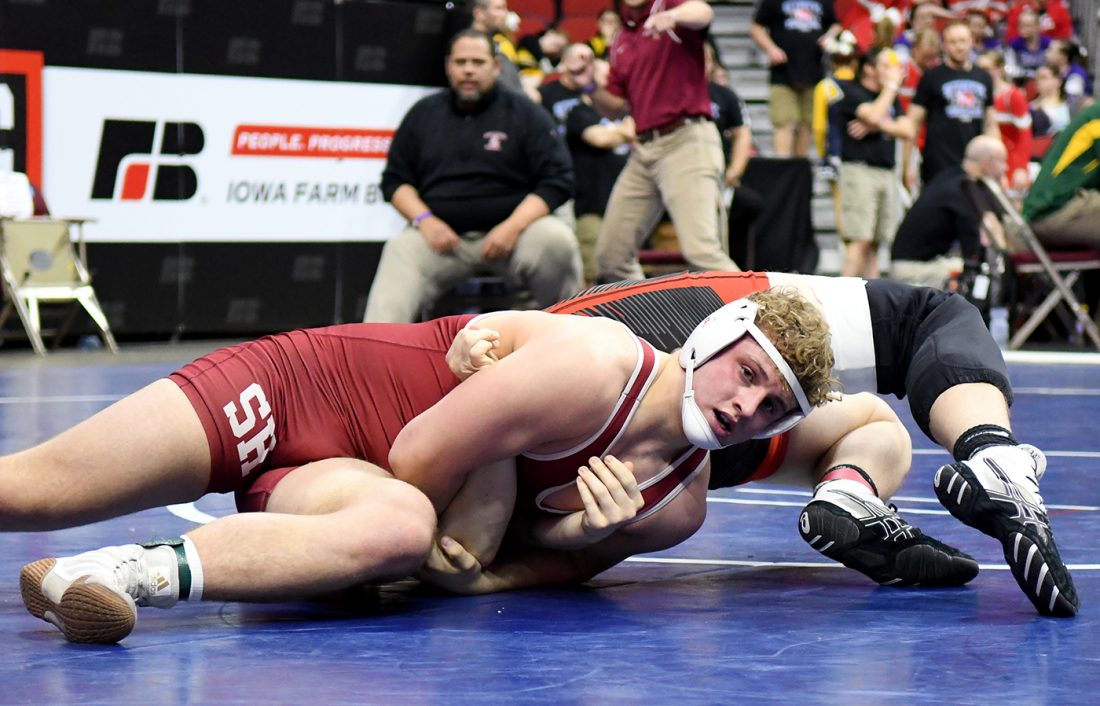 South Hamilton 195-pounder Trevor Thompson also advanced to Day 2, but he’ll need to make his push towards the medal stand from the back side of the bracket. He dropped a 2-0 decision to Derek Anderson of Hinton in the first round, but bounced back with a fall over Kale Pevestorf of Coon Rapids-Bayard in the consolation round.

Swenson went on the attack early against McLaren and got to the legs several times in the first period. He converted one of the shots into a takedown to build a 2-1 lead.

Swenson increased his edge to 7-1 early in the second with a reversal and three near-fall points, and he added another reversal and two more back points later in the period.

“I was trying to get him to his back and I had him there, but I just couldn’t hold him there,” Swenson said. “That takes a lot of energy.”

Swenson went for the fall again early in the third and pushed his lead to 13-6, but he was gassed over the final 90 seconds. McLaren collected two stalling points, but was never able to turn Swenson following a reversal. 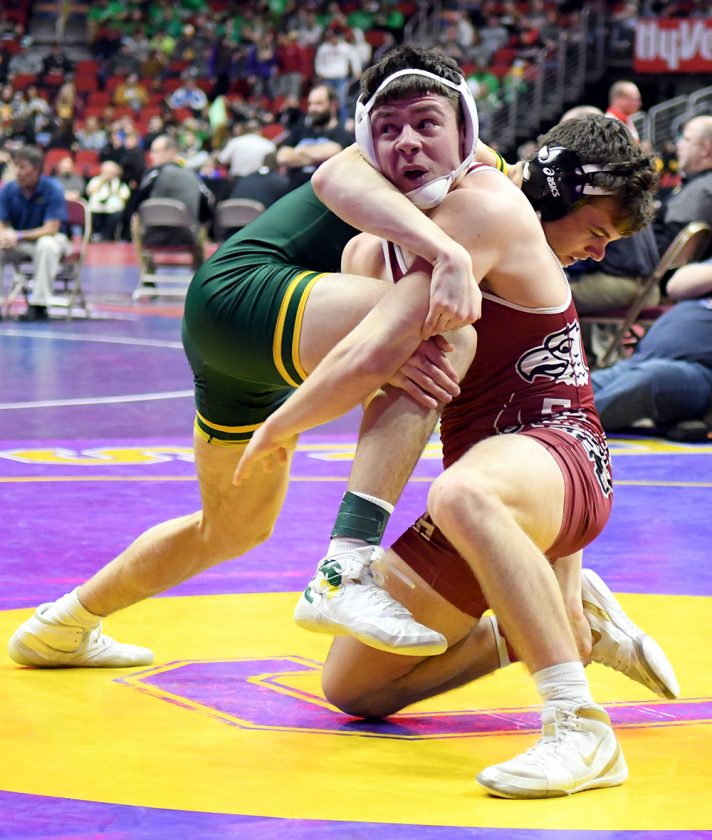 “I wish I had gotten the pin, but going three periods down here is big,” Swenson said. “Knowing I can go three periods with the best kids in the state is big.”

As for facing Tenold, Swenson says he’ll treat it like any other match.

“Every kid is the same at this point,” he said. “Hopefully I can get it done.”

Thompson (36-9) gave up a third period reversal for the only scoring in his opening-round setback against Anderson. Towering over Thompson, Anderson spent more than half of the six-minute bout in the top position. 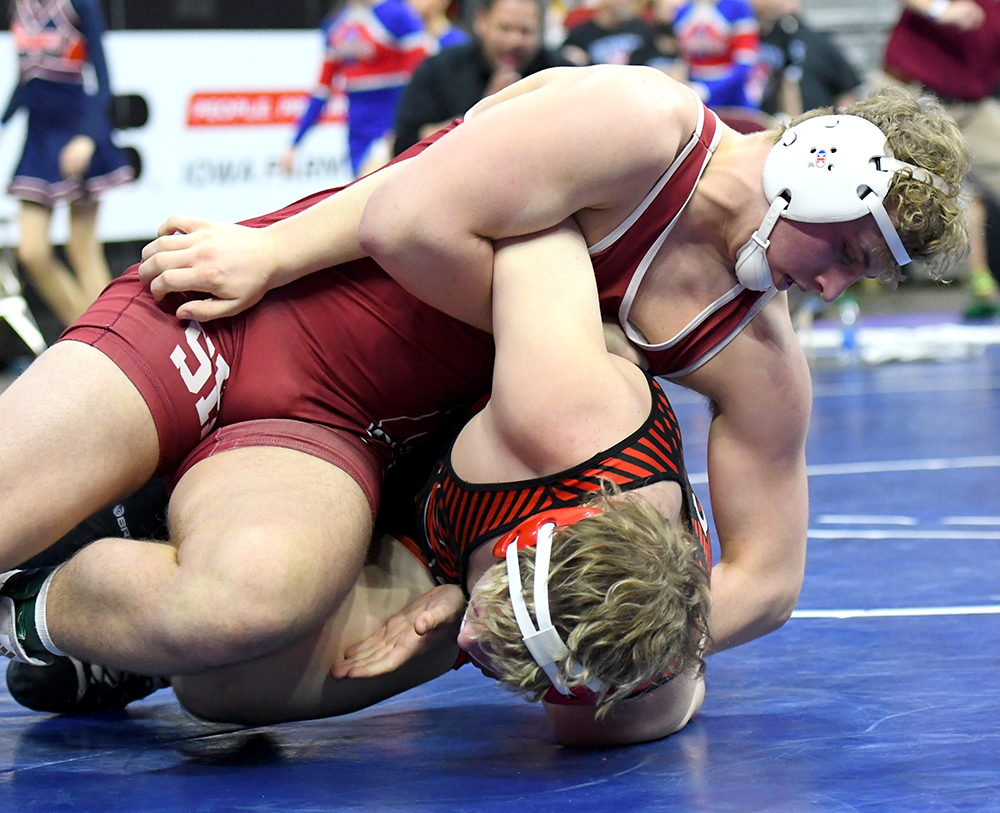 Thompson took out his anger on Pevestorf in the consolation round and secured the fall in 1:25. Thompson connected on a double-leg takedown just eight seconds into the match and Pevestorf never recovered.

“There was a lot of anger there,” Thompson said. “I went into it thinking I’m the best and I got after it. I had a chip on my shoulder.”

Thompson will face the loser of the quarterfinal between fourth-ranked Rowan Udell (42-1) of Iowa City Regina and unranked Damon Meyer (31-13) of South Winneshiek in the consolation second round this afternoon. 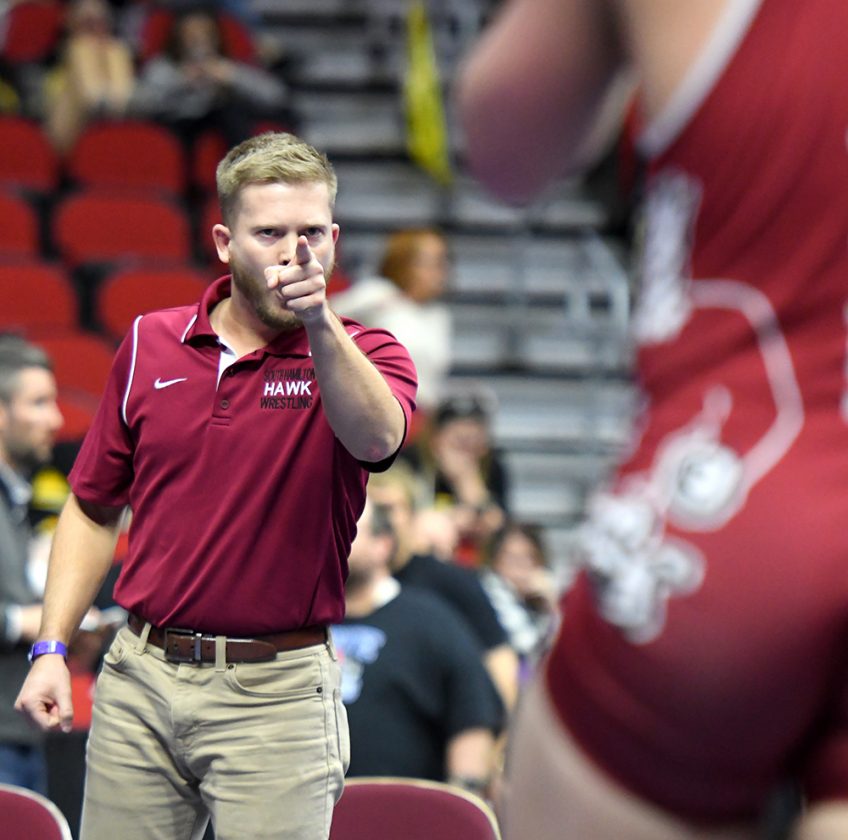