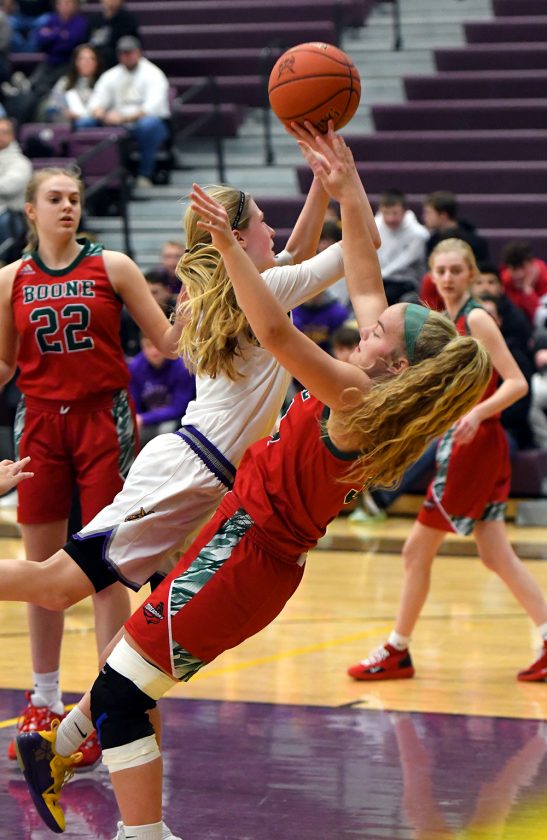 WEBSTER CITY — The fight, the grit, the refusal to give in — those things brought the happy tears from Webster City girls’ basketball coach Nicole Muhlenbruch as she sat in her office late last night.

But the first quarter — oh, that first quarter — is what brought the tears of anguish as Muhlenbruch came to terms with the fact that she’d just coached eight seniors, including her own daughter, Grace Hoversten, for the final time.

“I couldn’t look at them (in the locker room), so I don’t know if they were crying or not, but nobody was real good,” Muhlenbruch said following Webster City’s 66-54 loss to Boone in a Class 4A Region 2 quarterfinal inside the WCHS gymnasium. “They could have easily said we’re going to give up, but they just kept fighting and fighting.”

A first quarter in which WCHS (9-12) missed its first 14 shots from the field and went 1 of 16 overall put it in a hole it simply couldn’t dig out of. Boone (6-16) raced out to a 9-0 lead and owned a 16-5 advantage after eight minutes. The Lynx never got closer than seven the remainder of the way.

“I would never have dreamed we would shoot that way from the field,” Muhlenbruch said. “It seemed like everything was in and out or in and around. One team was hitting their shots and one team wasn’t, that’s what it felt like it came down to.” 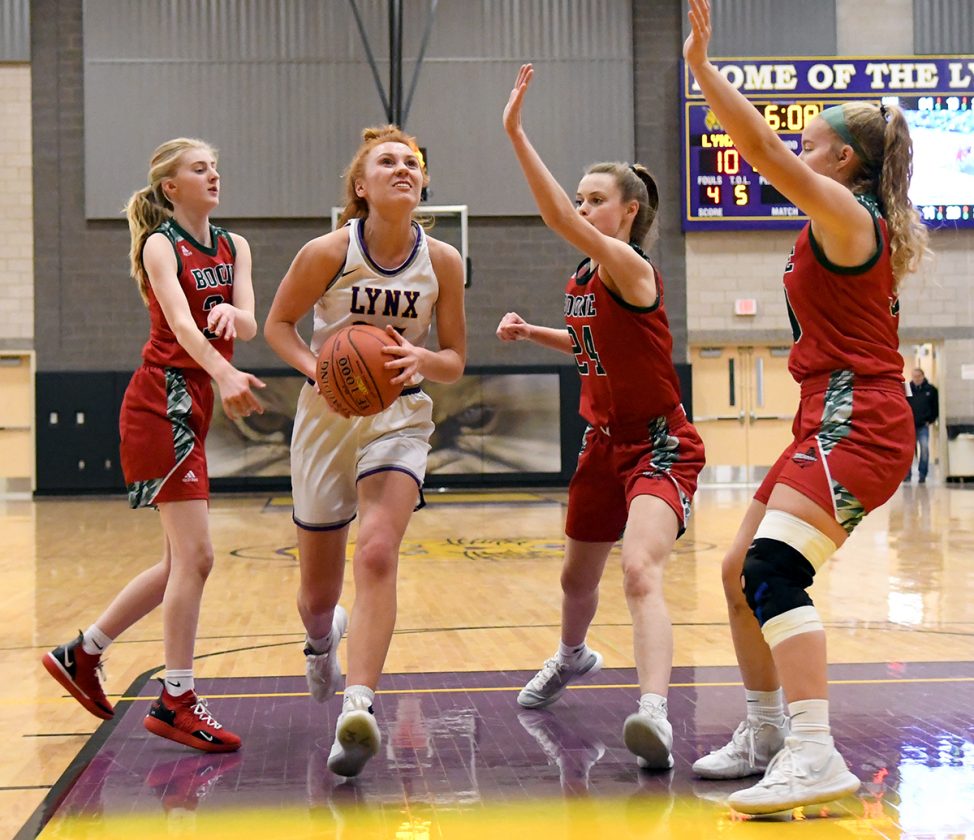 Emily Ades had the hot hand for the Toreadors, as she canned five of her team’s eight 3s on her way to a 23-point performance. She and Emma Dighton combined for 24 of Boone’s 29 first-half points, and Dighton finished with 16.

Boone built its lead to as many 18 points courtesy of a 12-2 run in the third quarter. The Toreadors took a 49-32 edge into the final period.

And that’s when Taylor McKinney, arguably the best player in WCHS 5-player history, took over and made Boone sweat.

McKinney scored 15 of her game-high 31 points over the final eight minutes. She rained in 3-pointers on three consecutive possessions early in the stanza, and Leah Kasch followed them up with a transition lay-up to trim the Toreadors’ edge to 51-43 with 6:15 remaining. 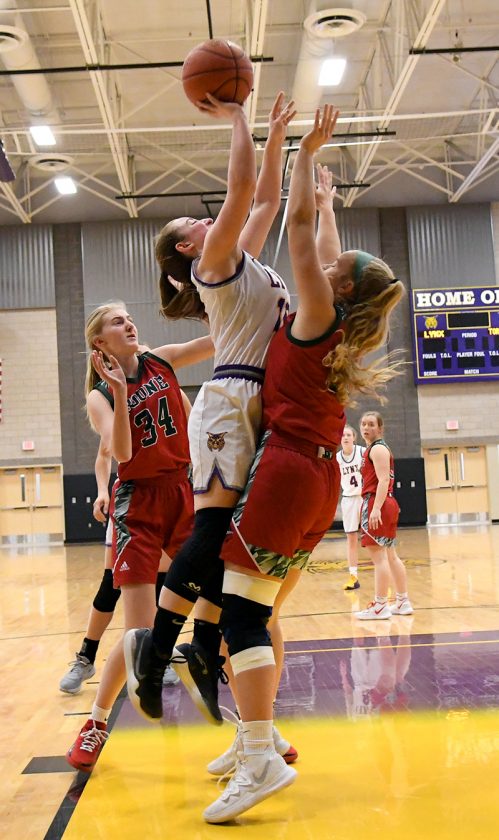 But — who else? — Ades stopped the Lynx momentum with her fifth and final triple to push the margin back to 11. The Toreadors kept WCHS at bay late by burying 7 of 8 free throws over the final 1:30.

“That fourth quarter speaks very highly of what kind of young ladies they are,” Muhlenbruch said of her team. “I truly think they felt with 30 seconds left on the clock that we had a chance to win. That’s the kind of kids they were all season.”

McKinney finished 10 of 20 from the field, including 6 of 12 from behind the arc.

McKinney’s career is second to none in program history. She steps out of the spotlight with career school records for points (1,340), total field goals (469) and 3-point field goals (188). 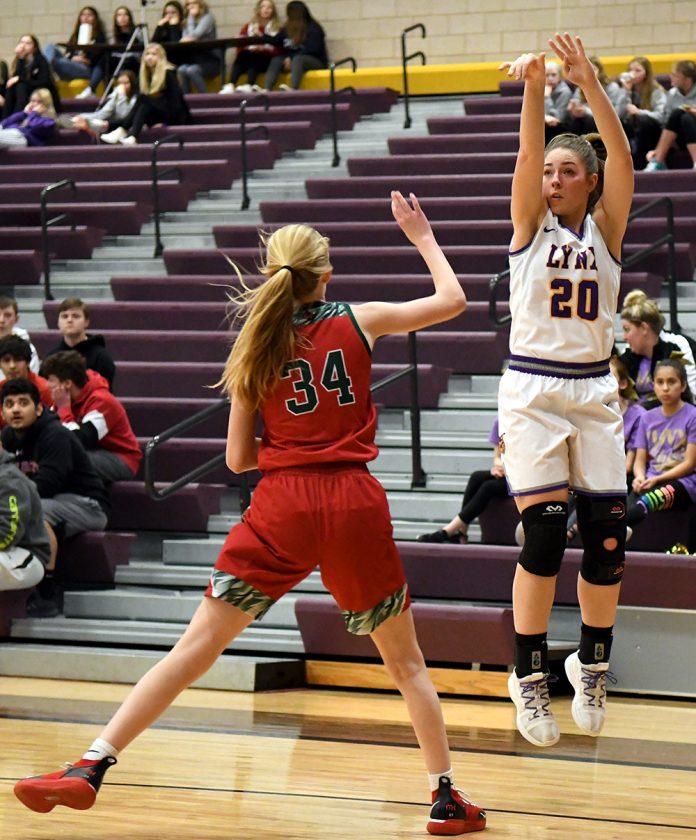 And she did it while dealing with sometimes unrealistic expectations and tormenting defense from the opposition every single time she stepped onto the floor.

“It was hard being Taylor,” Muhlenbruch said. “The expectations on her were very high and I think she had really broad shoulders to handle everything that was thrown at her. That’s a lot of pressure to put on a young lady, but to come out on the positive end of it says a lot about her.”

The statistical achievements aside, Muhlenbruch says McKinney’s team-first mentality is what separated her.

Kelly Stoakes pitched in 10 points, six from long range, in the loss. The sophomore also came up with five rebounds, two steals and two assists.

Grace Hoversten closed out her career with four points and seven boards.