No. 1 Comets down a star, still roll past Hawks 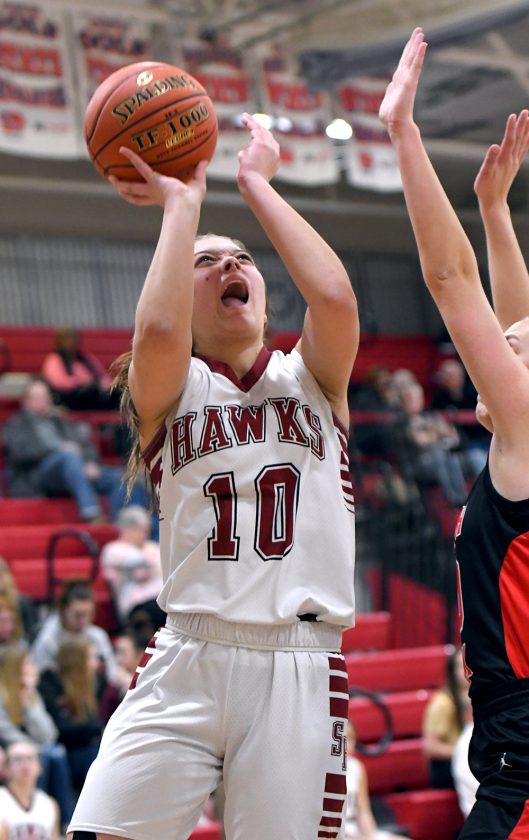 JEWELL — The star might have been missing, but in no way, shape or form did it dim the light.

Put it another way — with or without all-state guard Maggie Phipps, top-ranked (Class 3A) North Polk is dang good.

The Comets played without Phipps — the No. 2 scorer in the Heart of Iowa Conference at 16.8 pints per game — against South Hamilton Tuesday night, but her absence didn’t alter the proceedings on Coach Jim Marsh Court. Nursing an ankle injury and watching from the bench, Phipps smiled throughout North Polk’s 62-23 rout of the Hawks.

“They have a lot of girls that can really shoot the ball and play basketball well, so they’re a tough team,” South Hamilton head coach Mark Henderson said of North Polk, the 2019 3A state runner-up and current league leader. 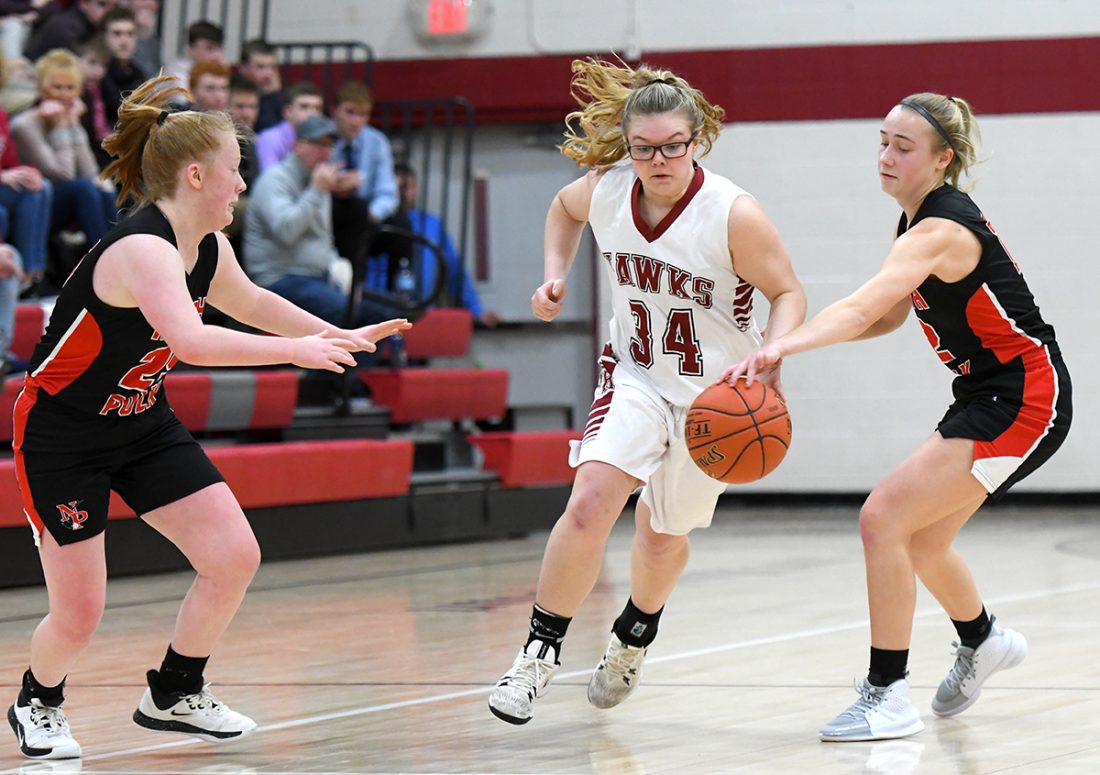 North Polk’s menacing full-court press and athleticism took South Hamilton (4-6, 2-4 HOIC) out of the game early on. The Comets quickly jumped out to a 7-0 lead, led 17-6 after one quarter and extended the advantage to 40-11 by the break.

The Hawks committed 19 first-half turnovers, but Henderson thought his team’s lack of execution played a bigger role than anything the Comets did defensively.

“The thing that was the most disappointing about that was there were times we broke the press real easy,” he said. “When we actually ran our press break, we broke it OK. But we didn’t do what we needed to do nearly enough.”

Fouls didn’t help either. South Hamilton freshman point guard Hallee Feaker was saddled with three in the opening quarter and had to play tentatively the remainder of the way.

Hailey Diersen and Aneesa Balderas both scored six points to lead the Hawks. Diersen scored four of her points in the first quarter and all six in the opening half. Balderas canned a 3-pointer in each half. 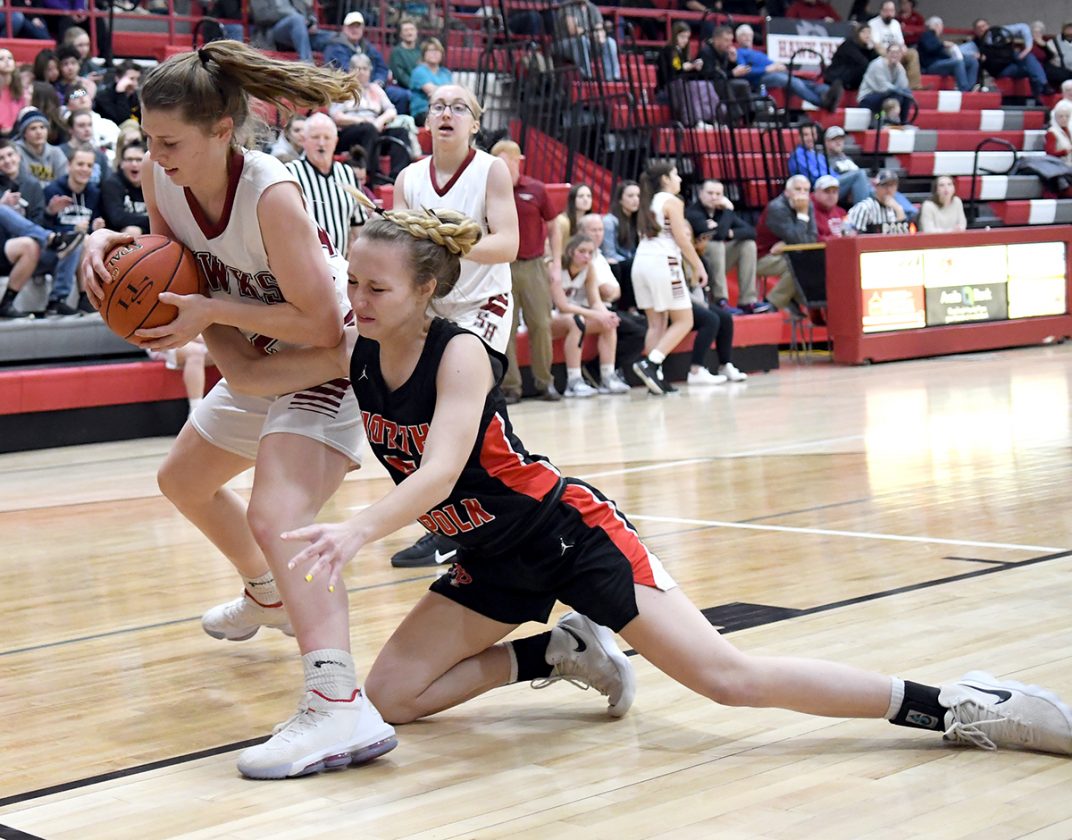 As the smallest school in the HOIC and facing a league that includes three highly ranked teams — Roland-Story (3A No. 7) and Gilbert (4A No. 5) join North Polk — South Hamilton knows it’s going to be challenging to scratch out regular season wins. Henderson only hopes the battles prepare his squad for the postseason.

“We go in thinking that we can win these games, but you just hope that if that doesn’t happen, you don’t get knocked down too hard,” he said. “We want to keep the confidence up and realize we’re going to be playing schools our size once we get to tournament time.”