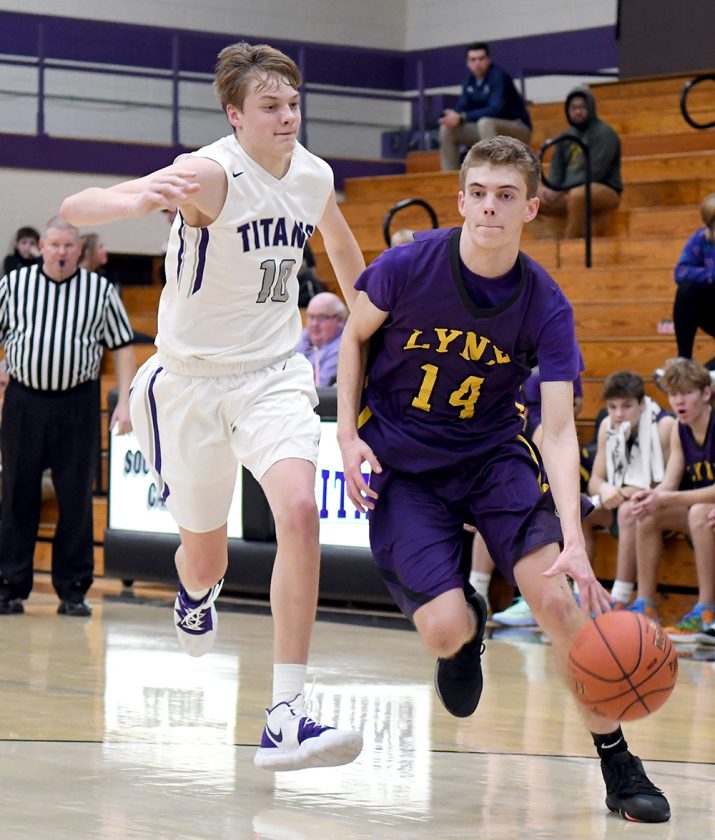 WEBSTER CITY — Break time is over. It’s time to get back to work.

Following a lengthy holiday slumber, the Webster City basketball teams will resume their seasons this evening with a pivotal North Central Conference doubleheader against Clarion-Goldfield-Dows inside the WCHS gymnasium.

The Lynx boys (4-1, 2-1 NCC) enter the new year with visions of challenging for the conference crown, but they’ll have to avoid a slip-up against an underrated CGD squad that is dominated by talented sophomores and juniors.

The Cowboys (4-2, 2-2 NCC) won’t be a pushover, as 6-foot-4 sophomore forward Connor State has proven to be difficult to defend. State shoots 64 percent from the floor and averages 16.8 points per game, the fourth-most in the NCC.

But CGD is much more than a one-trick pony. Christian Gaytan (11.0 ppg) and Coady Olson (10.8 ppg) also average in double figures for a team that has league losses to Clear Lake and Iowa Falls-Alden. CGD entered the break with a confidence-building win over Humboldt.

WCHS will need to be better defensively than it was during the month of December. The Lynx rebounded from a blowout loss to Clear Lake by fending off Hampton-Dumont/CAL, 55-42, in their final December contest, a night that was dominated by junior sharpshooter Tavis Eklund. He went off for a carer-high 27 points, keyed by seven 3-point baskets.

Eklund is one of four WCHS players to average in double figures this season. He puts up 13.4 a night, trailing only Tyler Olson (15.8) for the team lead. Drake Doering (10.8) and Carter Neuroth (10.6) are also capable of carrying the offensive weight.

Kinnetz leads the NCC in scoring at 20 points an outing, and she uses her defense to put up points. Kinnetz has 25 steals on the season.

McKinney, who averages 17.9 points to rank third in the league, will look to help WCHS end a two-game slide prior to the break. She’ll need help from forward Grace Hoversten to make that happen. Hoversten averages a double-double — 10.5 points and 10.5 rebounds — and is among the state leaders on the glass.

WCHS will make its first road trip of 2020 on Friday when it travels east to face longtime rival Iowa Falls-Alden.