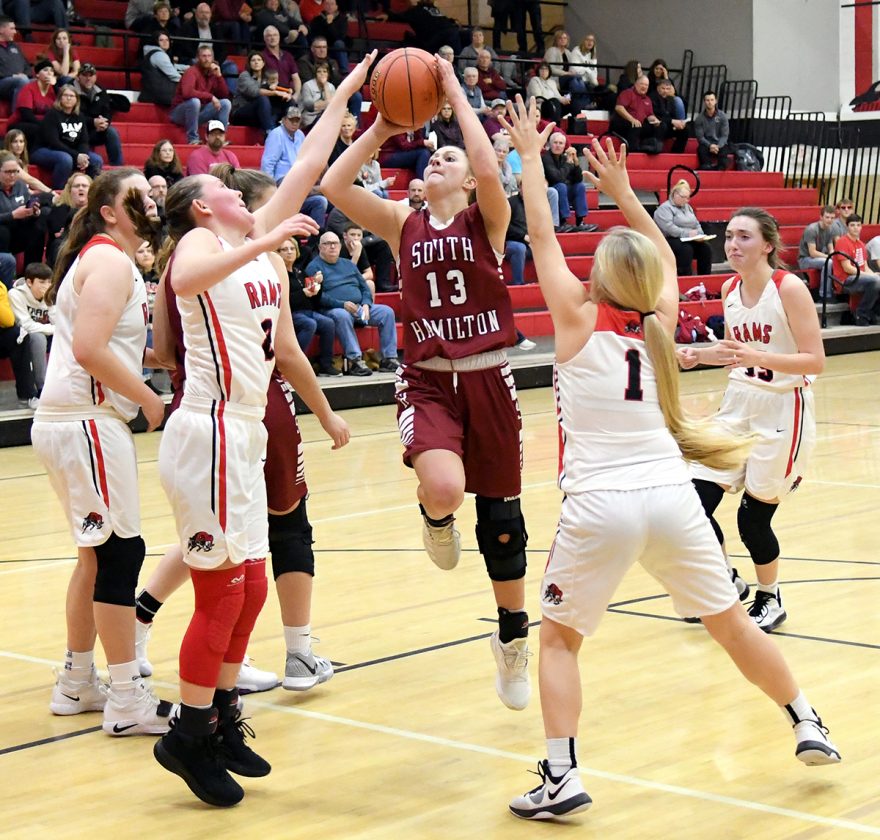 JEFFERSON — Being a point guard isn’t easy. Being a freshman point guard is harder yet. But it’s taken all of four games for Halle Feaker to get comfortable with her role.

And whether she realizes it or wants to admit it, the South Hamilton girls’ basketball team is hers for the foreseeable future.

Feaker’s ability to see the floor, her natural instincts with the ball in her hands, and her knack for taking pressure off her teammates’ shoulders were on full display on Friday, as the Hawks opened up Heart of Iowa Conference play by trolling Greene County, 56-24.

This one was over only moments after tip-off. South Hamilton (2-2, 1-0 HOIC), which won for the second time in as many nights, scored the game’s initial 13 points. And it only got more lopsided from there. 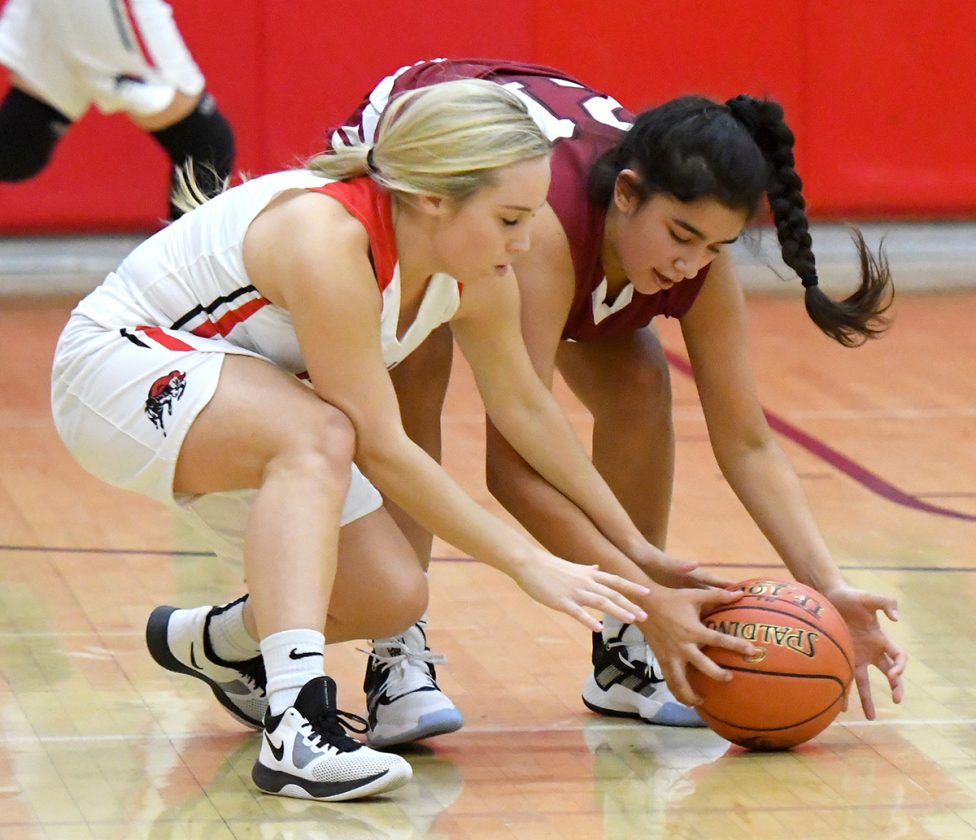 South Hamilton’s Aneesa Balderas (right) forces a turnover with her defense during the Hawks’ 56-24 win over Greene County on Friday. DFJ photo/Troy Banning

Feaker was at the forefront of everything the Hawks did, particularly at the offensive end of the court. She scored 11 points, but more importantly she opened up scoring opportunities for her teammates. Aneesa Balderas pitched in 11 more points on the perimeter and Caleigh Hewitt matched her with 11 on the interior.

“It’s not easy, but it’s fun,” Feaker said when asked about being a starting point guard as a rookie. “I know where this team is going, but I also know my limits. I can’t force something.”

South Hamilton head coach Mark Henderson has witnessed his team’s progression in its opening four games and he knows Feaker’s increased comfort level has been a big factor in the recent success.

“It’s crucial,” he said. “She is a player that we haven’t had in the past, someone who can control the offense, and it allows everybody else to play more comfortable roles. We don’t have a selfish girl on this team and they all recognize that she has some ability and they know she’ll make them all better.”

Balderas and fellow starting guard Emma Lewis (four points) are key beneficiaries of Feaker’s presence. No longer forced to direct the offense themselves, both are now free to play to their strengths. Balderas lit the Rams up from deep with three 3-pointers, and while Lewis didn’t attempt to pile on the points herself, she relentlessly drove the lane from the wing and baseline to set up teammates. 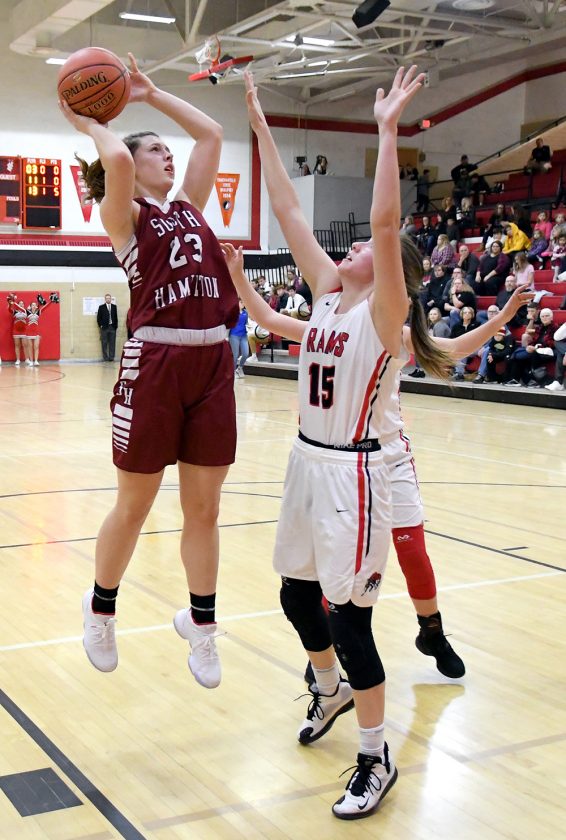 “(Balderas and Lewis) are in roles they’re more comfortable with and they’re getting more open shots,” Henderson said. “Emma is getting a ton of offensive rebounds too and I think part of that is she has more energy because she’s not using up her energy bringing the ball up the floor.”

Feaker and Balderas combined for 17 first-half points, as the Hawks built a 30-10 advantage at the break. Greene County (0-3, 0-1 HOIC) had just two first-half field goals and five in the game, as it shot 13 percent. The Hawks buried 36 percent of their attempts.

A Lewis steal and layup ignited a 16-7 third-quarter spurt that saw the margin jump to 46-17. Hewitt also had her way inside and Brookelyn George scored two of her eight points late in the frame on a corner jumper.

Henderson was able to sit his starters for the majority of the fourth quarter.

“It was nice to get some of those other girls who are woking so hard in the game too,” Henderson said. “The message for the second half was just to execute. We could have rolled the ball out there and been fine, but that’s not going to work against Roland-Story (on Tuesday). We want to progress and get better for those tougher games that are coming up.” 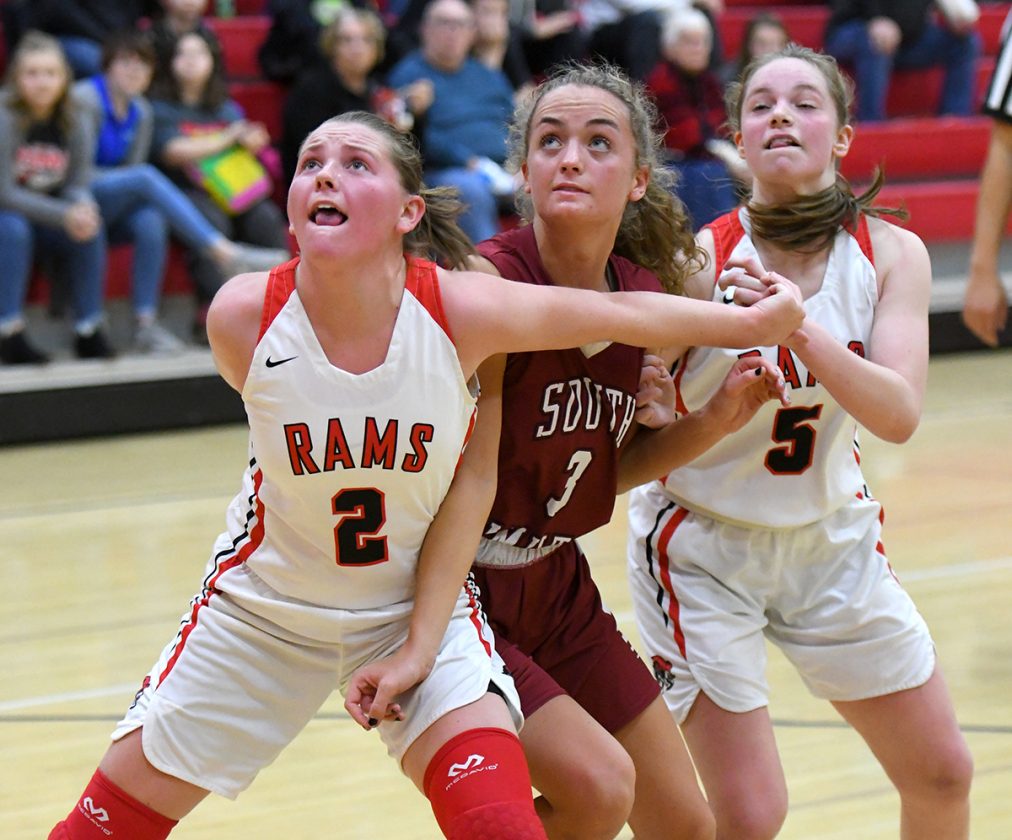 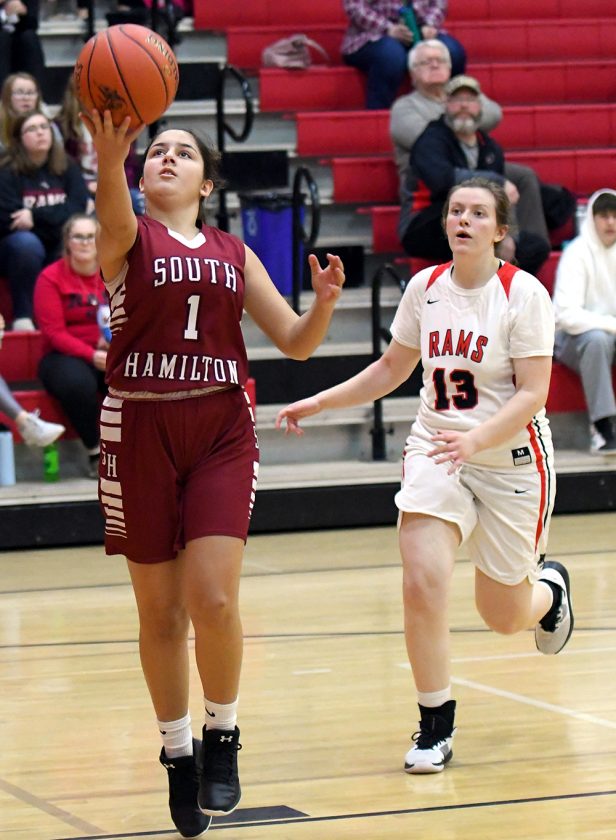 South Hamilton’s Aneesa Balderas (right) forces a turnover with her defense during the Hawks’ 56-24 win over Greene County on Friday. DFJ photo/Troy Banning 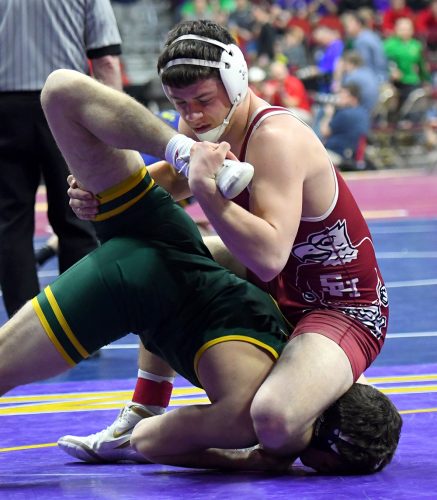 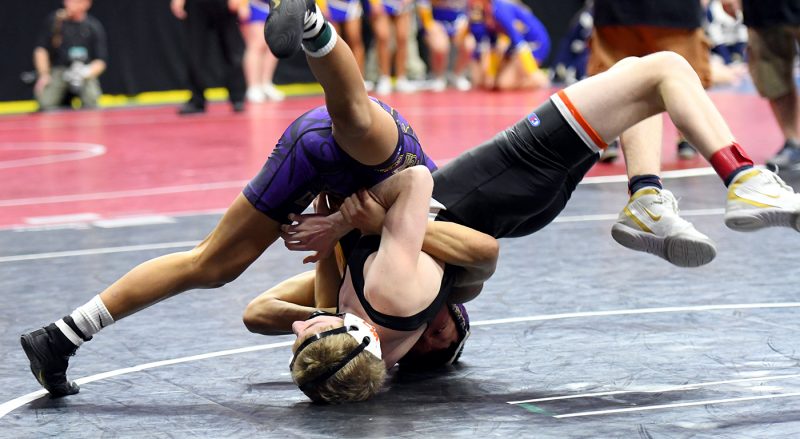 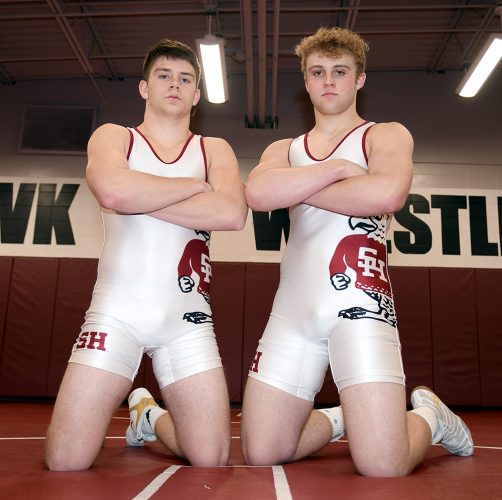 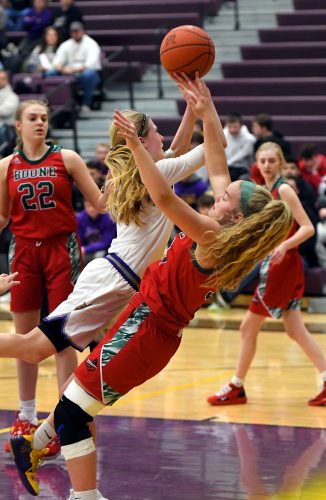 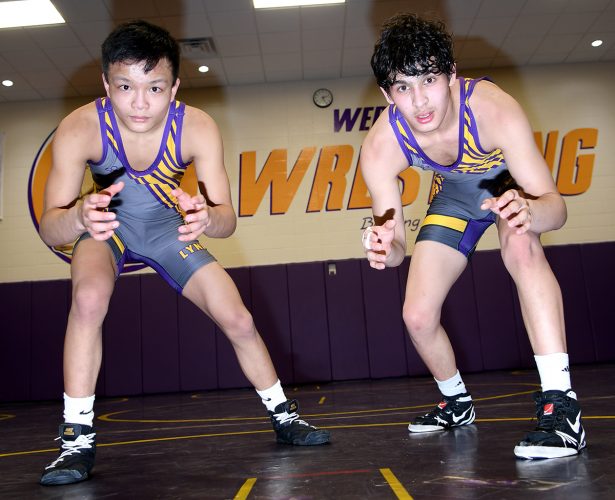