Phetxoumphone opens season ranked No. 1 at 106 pounds in Class 2A 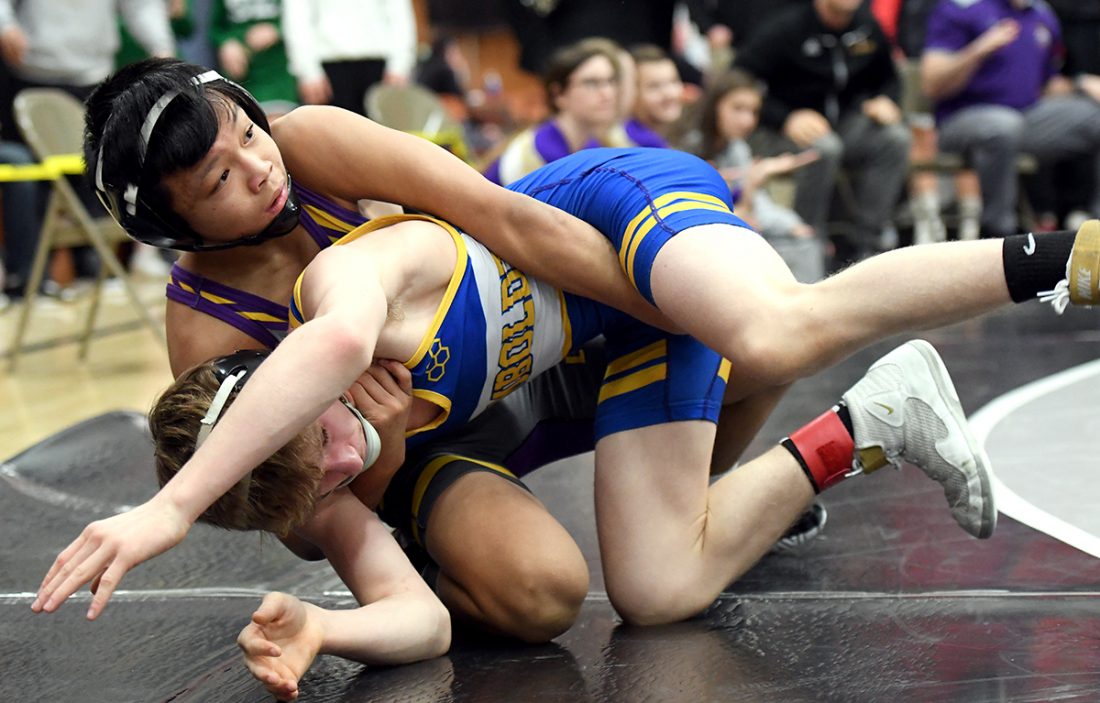 Webster City’s Camron Phetxoumphone (top) pulls Humboldt’s Cole Nelson out of bounds during the semifinal round at the North Central Conference tournament in Clarion this past January. Phetxoumphone is ranked No. 1, Nelson No. 2 at 106 pounds in Class 2A by iawrestle.com. DFJ file photo/Troy Banning

WEBSTER CITY — Webster City sophomore Camron Phetxoumphone was never going to fly under the radar on the wrestling mat this winter anyway. So, he might as well take the bull’s-eye and run with it.

Phetxoumphone is ranked No. 1 at 106 pounds in Class 2A by iawrestle.com. One of the state’s primary sources for prep wrestling, iawrestle.com released its preseason rankings Monday afternoon, only hours before programs across Iowa opened practice for the upcoming season.

Phetxoumphone is coming off one of the best freshman seasons in Lynx history. He won a North Central Conference championship, placed fifth at the state tournament in the lightest weight class and walked off the medal podium with a 40-6 record.

The North Central Conference is expected to be loaded at 106. Sitting right behind Phetxoumphone at No. 2 is Humboldt’s Cole Nelson, while Hampton-Dumont’s Jakyb Kapp is No. 5. In 1A, St. Edmond’s Ryan Duckett is No. 4.

Phetxoumphone pinned Kapp twice a season ago, both coming in the first period.

Phetxoumphone and Duckett have never met.

WCHS will open the season with a conference triangular against Iowa Falls-Alden and CGD in Iowa Falls on Thursday, Dec. 5.

A preview of the upcoming season will appear in The Fan, set to his newsstands on Friday, Nov. 29.