THE RPI IS NO FAN OF THE LYNX

WCHS No. 30 heading into road game against Humboldt on Friday 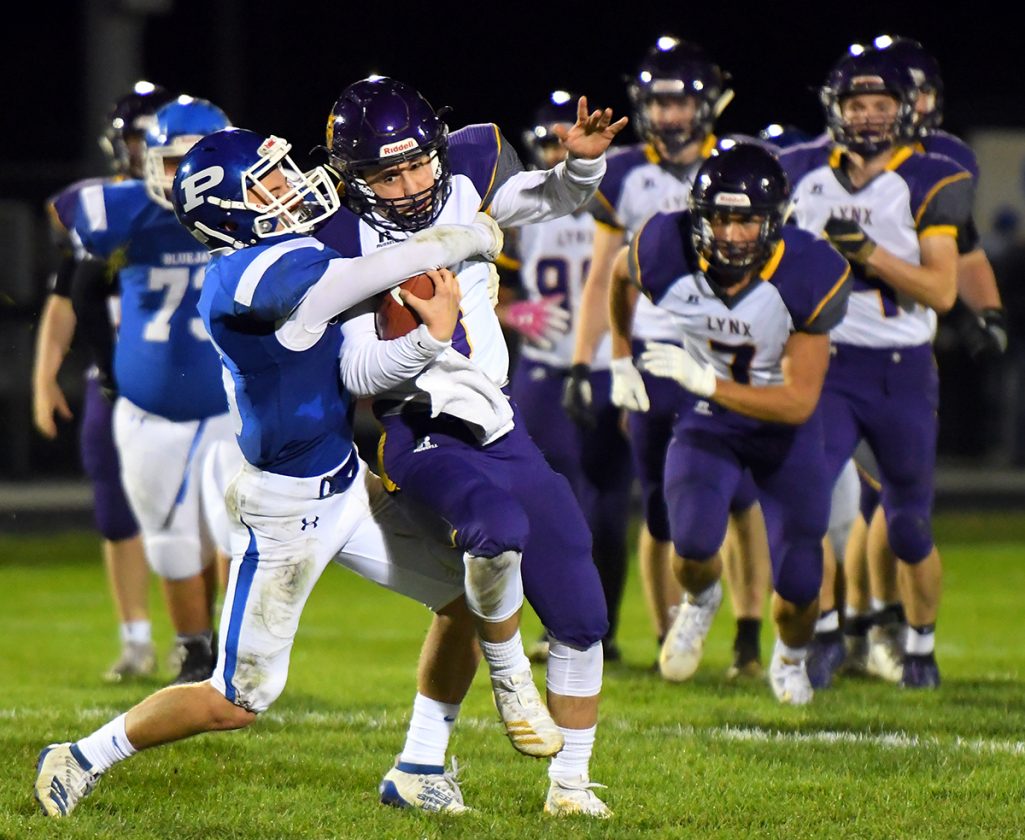 WEBSTER CITY — It could be argued that the Iowa prep football Ratings Percentage Index — commonly referred to as the RPI — is as confusing as stereo instructions.

But let’s keep it simple and just say this: The RPI isn’t really a fan of Webster City.

The Lynx are 30th in Class 3A in the first RPI rankings, which were released by the Iowa High School Athletic Association earlier this week. To put it into terms everyone can understand, that’s nine spots behind No. 21 Spencer, a team that WCHS beat on the road in Week 2, and four spots ahead of No. 34 Carroll, which beat the Lynx in Week 5.

So, yeah, confusing pretty much sums it up.

What it really means is that WCHS (4-2, 1-1 District 2) is a long shot to reach the state playoffs. For hypothetical purposes, say WCHS wins out, which would include a victory over Dallas Center-Grimes (RPI No. 12), and also say the Mustangs beat Carroll to force a three-way tie atop the district standings.

In the case of a three-way tie, the district championship goes to the team with the highest RPI ranking, most likely DC-G in this scenario. In other words, WCHS could do everything right down the stretch and still not receive a 10th game.

Lynx head coach Bob Howard doesn’t shy away from his opinion where the RPI is concerned — he wasn’t a fan when it was instituted a year ago and his feelings haven’t changed, so much so that he didn’t even pay attention when the first rankings were released.

“I couldn’t care less,” he said. “I haven’t looked at it and if we were 6-0 I still wouldn’t have looked at it. I was against the whole thing from the beginning.”

Howard has more important things to worry about, namely Humboldt (1-5, 1-1), which will host WCHS Friday night. The Wildcats lone win came over winless Boone, 7-6, in Week 5, but they played DC-G to a 17-12 decision last Friday night and Howard says they’ve shown continued improvement as the season has progressed.

“Humboldt has definitely improved since the start of the year,” he said. “They play a lot of sophomores like we do. Their kids have gotten better and I hope ours have too.”

Atop the Lynx priority list this week is containing Jamison Heinz, Humboldt’s speedy tailback who has 646 yards on the ground this season. A playmaker out of the backfield, in the passing game and on special teams, Heinz played a key role in the Wildcats 21-0 win over WCHS a season ago.

“Heinz is dangerous from anyplace on the field, so tackling is going to be huge,” Howard said. “If you let him get out in the open, we don’t have anybody that can catch him, so you have to be sound every single play.”

Humboldt linebacker Matt Miller is the centerpiece on defense with 471⁄2 tackles. He made eight stops, including two in the backfield, against WCHS a season ago.

“Miller is one of the best linebackers we’ve played on defense and last year he basically ran unimpeded all game,” Howard said. “We’ve got to get him blocked without completely disrupting our whole offense and that’s a challenge.”

WCHS possesses the Nos. 1 and 3 rushers in District 2 in junior tailback Trey Mathis (796 yards, 17 touchdowns) and senior wingback Garrett Whitmore (610 yards, six TDs). They ran all over Perry in a 50-13 thumping last Friday night, a score that could have been even more lopsided had the Lynx not fumbled three times inside the 10-yard line. Howard says sloppy ball handling will not work against Humboldt.

“You can’t get inside the 10-yard line and have penalties or fumble like we did against Perry,” he said.