No. 6 Titans pull away from Hawks in 4th quarter

SCC controls clock and piles up more than 400 yards of offense, limits SH to 142 yards 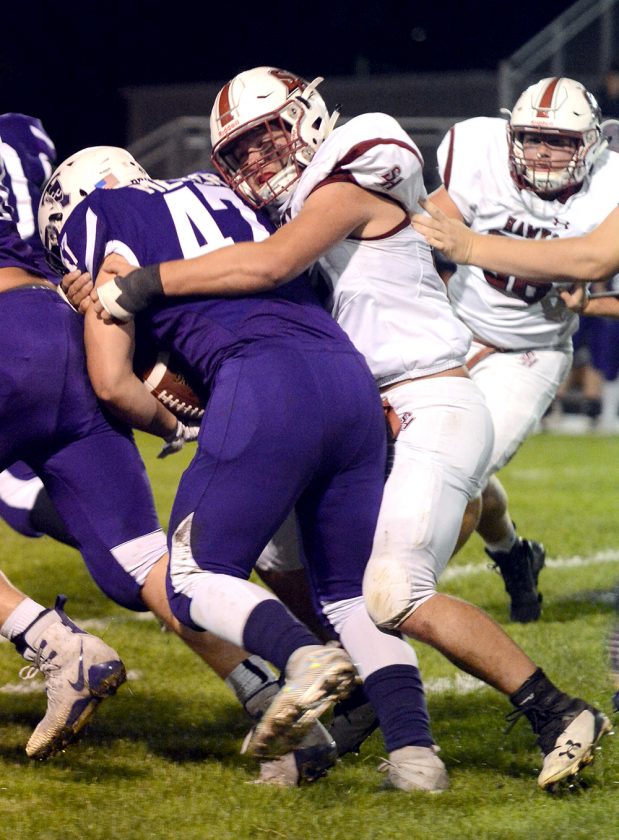 By the time the fourth quarter rolled around, the two-way playing Hawks were almost too tired to keep their eyes open.

Utilizing its superior depth and ball-control offense, South Central Calhoun scored in the closing seconds of the third quarter to take control and added an insurance touchdown midway through the fourth to pull away from the Hawks, 21-6, in the District 2 showdown.

“I was real proud of the way we came into this game without any fear of anything,” South Hamilton head coach Corey Klemp said. “We had an expectation to play with them and win the game. But as our kids will tell you, a loss is a loss regardless of who it comes (against).” 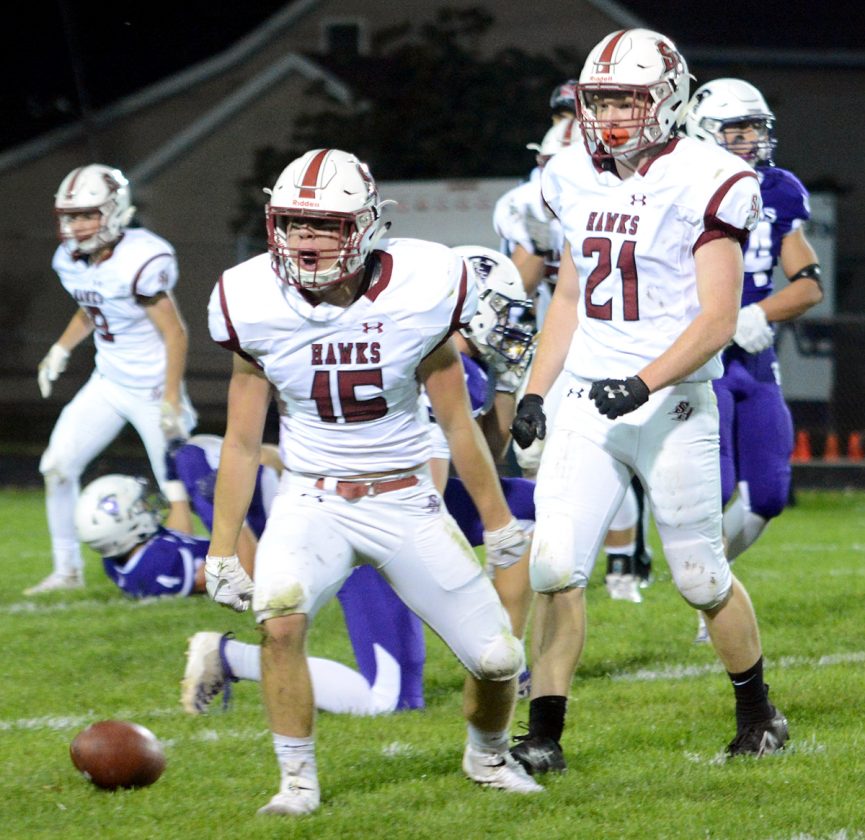 It was death by a thousand paper cuts for South Hamilton. SCC owned the time of possession by running 67 plays to just 36 for the Hawks. The Titans piled up 412 yards of offense, 374 of them on the ground, to only 142 for Klemp’s club.

It wasn’t that South Hamilton couldn’t move the ball against the SCC defense. It was that the Hawks couldn’t seem to ever get the ball.

Blake McAlister rushed for 161 yards and a touchdown on 16 touches for the Titans. Landon Schleisman picked up 79 yards and reached the end zone twice, and Keagen Meyer added 73 more ground yards. SCC only attempted seven passes.

Trevor Thompson made a season-high 12 tackles for South Hamilton. Jeremiah Smith, Lane Swenson and Colton Willis all had 71⁄2. Swenson also recovered a fumble and Brock Galetich came up with an early interception that led to the Hawks only touchdown.

Yes, the Hawks gave up a ton of yards, but sometimes you simply have to tip your cap to the opposing team.

“They’re balanced enough and deep enough that you can’t just say we’re going to stop this kid. They’ve got a lot of just this kids on their team and that’s what makes them a top-five team,” Klemp said.

Fullback Cade Flaugh led the South Hamilton offense with 74 yards on 15 carries. Thompson churned out 36 yards at halfback, while quarterback Freddie Lewis completed 2 of 7 passes for 27 yards. Austin Busch made a 22-yard grab.

Galetich’s pick of Titans’ quarterback Cole Corey on the third play of the game set up a Thompson 6-yard TD run and the Hawks maintained a 6-0 lead until the latter stages of the second quarter.

Schleishman found the end zone from 2 yards out and Zane Neubaum connected on the PAT with 3:09 to go before the half to give the Titans a 7-6 lead. McAlister added a 9-yard gallop to the house late in the third quarter to extend the lead and Schleisman essentially put the Hawks away with a 10-yard TD at the 7:40 mark of the fourth.

Klemp said the majority of his guys played on both sides of the ball and the workload eventually caught up to the Hawks.

“We told our guys going in that there were a lot of kids that we couldn’t give breaks. We were going to go as hard as we could for as long as we could,” Klemp said. “It was good enough for about three quarters, but then we just got worn down more than anything.

“I’m tremendously proud of the effort. This is maybe the best football we’ve played all year.”

South Hamilton will return home to Taylor Field Friday night to take on Pocahontas Area. Kickoff is set for 7 p.m.