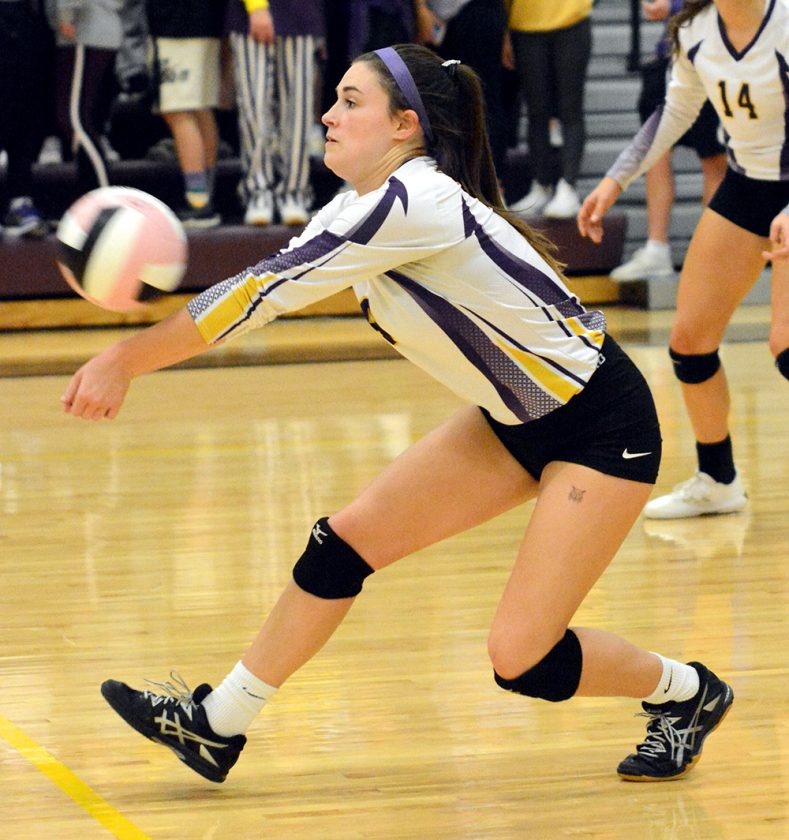 WEBSTER CITY — Senior Night was spoiled for the Webster City volleyball team Tuesday night, as 14th-ranked (Class 3A) Humboldt entered the WCHS gymnasium and quieted the home crowd throughout its 3-0 sweep of the Lynx in North Central Conference play.

Behind a match-high 13 kills from Jori Hajek, Humboldt (27-5, 6-1 NCC) solidified, at worst, the runner-up spot in the league with its 25-19, 25-17, 25-23 victory. Conference unbeaten and seventh-ranked (2A) Clarion-Goldfield-Dows can wrap up the outright title this evening with a win at Algona. A Bulldogs win would force a second straight three-way championship, this time between CGD, Humboldt and Algona.

WCHS (18-16, 3-4 NCC), which will finish fifth in the league, received 10 kills from Adalie Schwandt and eight more from Grace Hoversten. But a slow start put the Lynx in a 2-0 hole, and even a rise in play in the third set couldn’t change the outcome.

“The girls came out a lot better in the third game,” WCHS head coach Jess Howard said. “Had we come out with that mentality of we’re going to come out on top instead of we’re just going to compete, I think it could have been a completely different ballgame.”

The third set was a back-and-forth battle that culminated in a 23-all tie. Humboldt put the finishing touches on the sweep with back-to-back points. 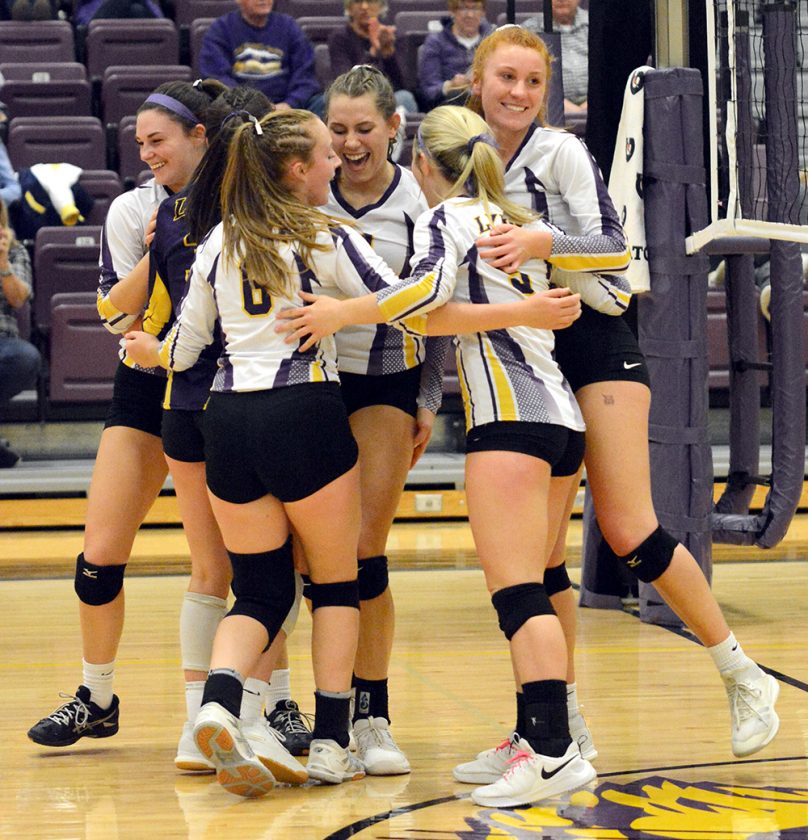 Webster City’s players celebrate a point during Tuesday’s match against Humboldt. The Lynx will take an 18-16 record into the postseason. DFJ photo/Tracy Queen

Haley Foster added six kills and 10 digs in the loss. Lynx libero Alayna Finucan, only a sophomore, led the defense with 17 digs, which leaves her just 25 short of reaching 1,000 in her career. She could become only the fourth WCHS player to ever reach that benchmark when the Lynx open up the postseason with a 4A regional quarterfinal match at home against Boone next Wednesday at 7 p.m.

WCHS ended the regular season with five losses in its last six matches, but three of the setbacks came against ranked opponents. Howard is hopeful that tough stretch will better prepare her players for the second season.

“We’ve had a couple weeks of really touch competition and that’s only going to get us ready for postseason play,” she said. “We’ve got a whole new season starting now and we need to make the most of our opportunity.”

Webster City’s players celebrate a point during Tuesday’s match against Humboldt. The Lynx will take an 18-16 record into the postseason. DFJ photo/Tracy Queen