Lynx close out season against Boone, look to grab momentum heading into offseason 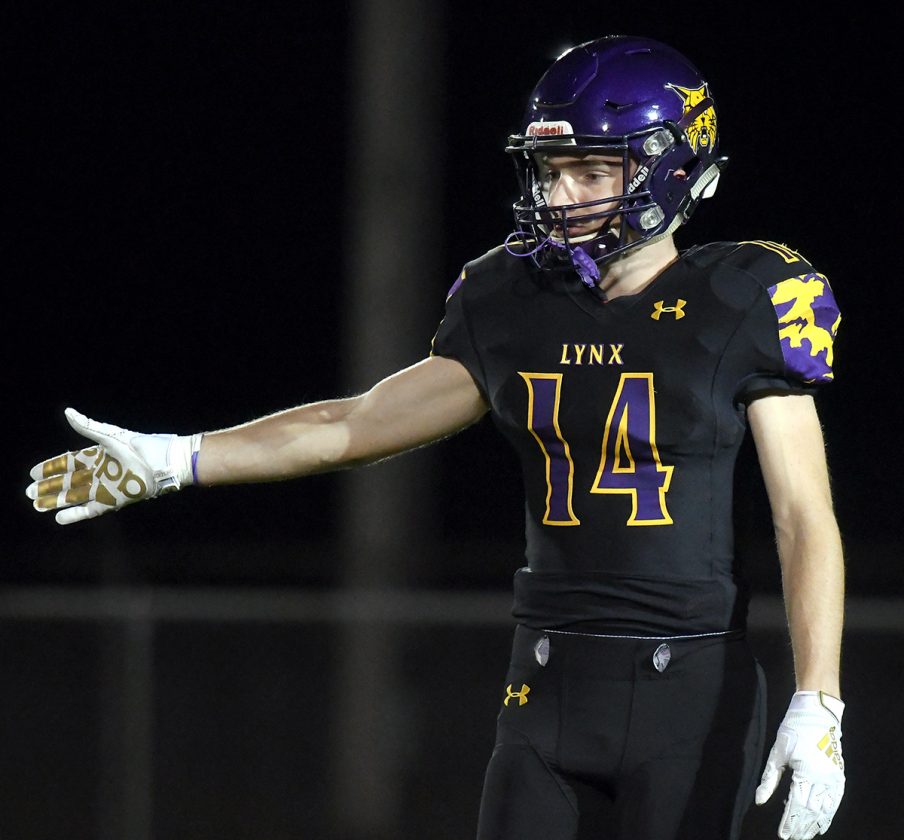 WCHS senior Garrett Whitmore goes back for a kickoff at the start of last week’s game against Dallas Center-Grimes. He’ll close out his football career this evening when the Lynx host Boone at 7:30 p.m. DFJ photo/Troy Banning

WEBSTER CITY — Any glimmer of hope the Webster City football team had of making the Class 3A state playoffs disappeared in the wake of last Friday’s 41-27 loss to 10th-ranked Dallas Center-Grimes.

So the season will end tonight, that’s just a fact. But, ultimately, the players will get to decide how it ends.

“This is a big game for us, but I always approach every game as a big one,” WCHS head coach Bob Howard said. “If you can win the first game of the year and the last game of the year, that’s always good for both ends of the program.”

A six-win season would be a bit of a boon for WCHS, which wasn’t necessarily expected to produce a winning record when camp began in early August. So, yeah, it means something. 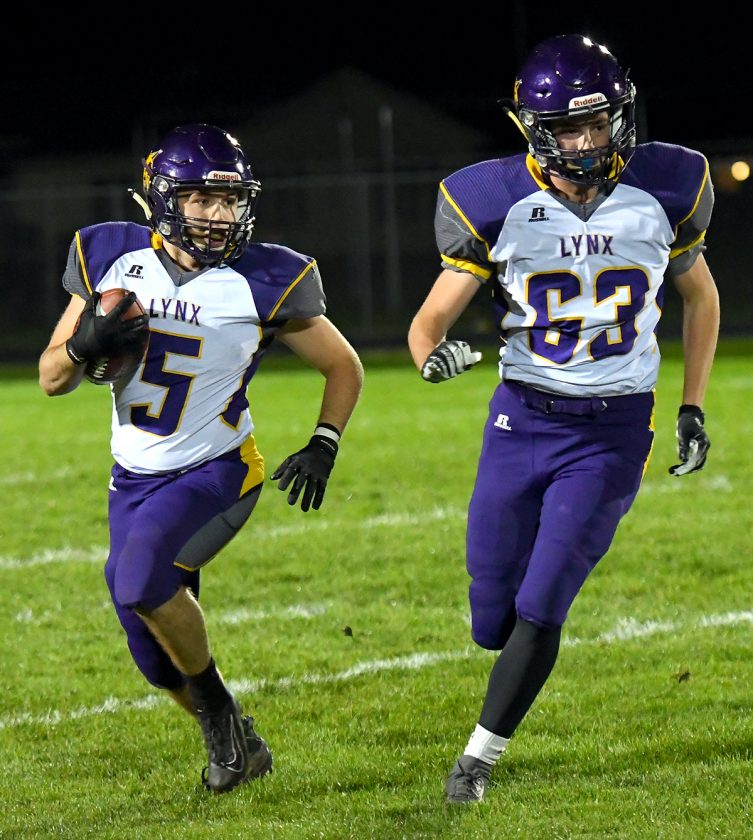 In other words, the Lynx have no intentions to simply phone it in. They certainly didn’t a season ago when they traveled to Boone in Week 9 and put a 45-6 beating on the Toreadors.

“I’m preaching that this can kick off the offseason, which I fully intend on starting the week after next,” Howard said.

Boone broke into the win column for the first time seven days ago with a 41-0 victory over winless Perry. But the Toreadors have been close on several other occasions. Four of their losses have been by seven points or less.

“They have been close,” Howard said. “We beat Gilbert (33-20), then the next week Gilbert beat them (15-8) in a close game. Humboldt beat them by one point (7-6) in a really close game, but comparing scores is always very dangerous.

“This is Boone and this is a rivalry. They have absolutely nothing to lose, they just won their first game and I’m sure they’re being pumped up this week.”

The rivalry has been one-sided in recent years, as WCHS has won the past eight meetings. However, prior to that, Boone won 11 in a row.

It will be a contrast in offensive styles this evening. WCHS boasts the No. 3 rushing attack in 3A with 2,192 yards, while Boone sits near the bottom of the class with just 378 ground yards. The Toreadors thrive through the air, courtesy of quarterback Morgan Smith, who has a district-best 1,111 passing yards. Smith completes just 43 percent of his passes though (87 of 204) and has been intercepted 13 times.

“I expect they’re going to throw a lot,” Howard said. “They run two or three running plays and then an awful lot of screens to the outside. But I hope they have to throw a lot because we sure don’t want them to be able to run on us.”

Boone’s top playmaker will be the smallest player on the field — 5-foot-4, 130-pound junior wide receiver Tegan Bock. He’s caught 26 passes, but he’s also a threat on special teams with two kickoff returns for scores. He averages 35.1 yards per return.

“Bock made a lot of plays against Perry,” Howard said “He’s an explosive player, especially in the kicking game.”

WCHS tailback Trey Mathis, a junior, has virtually locked up the district rushing title. He enters tonight with 1,200 yards — No. 2 on the 3A leaderboard — and a class-best 23 TDs. Garrett Whitmore, a senior wingback, has 671 yards, the third-most in the district behind Mathis and Humboldt’s Jamison Heinz (810 yards).

WCHS senior Garrett Whitmore goes back for a kickoff at the start of last week’s game against Dallas Center-Grimes. He’ll close out his football career this evening when the Lynx host Boone at 7:30 p.m. DFJ photo/Troy Banning