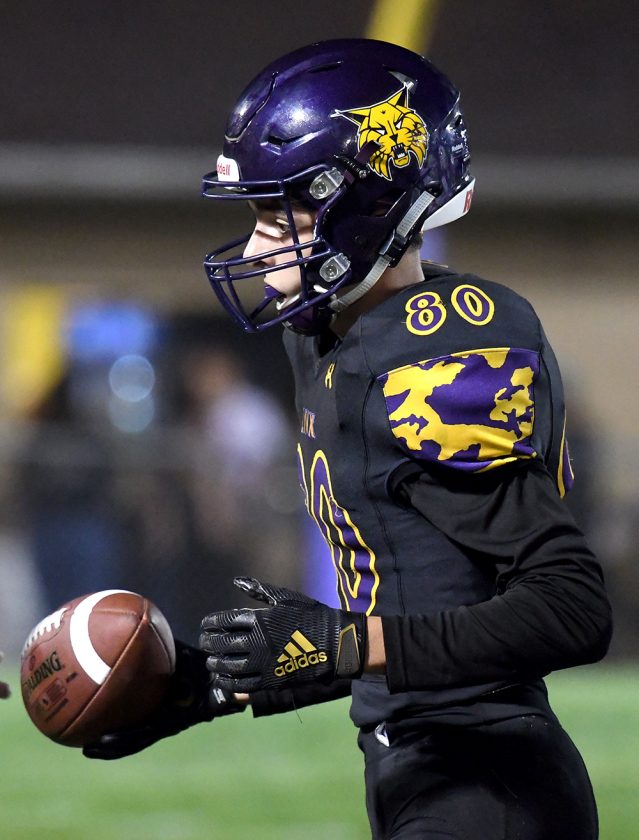 WCHS junior cornerback Tyler Olson hands the ball to the official following one of his seven interceptions this season. He’s had at least one INT in every game on his way to the Class 3A lead. DFJ photo/Troy Banning

WEBSTER CITY — A fraction of it probably is luck, the whole right place at the right time theory, but the bulk of Tyler Olson’s ball hawking prowess comes back to one unquestioned fact: The kid is simply an athletic freak.

Olson, Webster City’s junior cornerback, enters tonight’s Week 6 game at Perry (7 p.m. kickoff) with seven interceptions on the season, the most in Class 3A and just two off the state lead held by 8-man player Caden Schrage of Northwood-Kensett.

Olson has at least one interception in each game this season and twice he’s had multiple picks. He intentionally passed up on a three-INT night in Week 1 against Gilbert when he smartly batted down a fourth-down pass.

For some reason, opposing quarterbacks love to challenge the 6-foot-1, 170-pounder who can run stride-for-stride with wide receivers and out-jump most. And time and time again, he has made them pay.

“He’s got good ball skills and he tracks the ball well,” WCHS head coach Bob Howard said of Olson. “Yeah, he’s been in the right place at the right time some, but he’s made some pretty nice interceptions too.”

WCHS (3-2, 0-1 District 2) has been blessed in recent years in the secondary. Dylan Steen was named a first-team all-state defensive back in 2017 when he led the state in INTs with 10, and again in 2018 when he was No. 3 with seven. Steen is third on the all-time state leaderboard with 22.

Howard credits Olson’s all-around athletic ability for his success on the football field. He’s an all-North Central Conference basketball and baseball player, and this past summer he earned all-state status on the diamond as a pitcher when he shared the 3A lead for wins (11) and was fourth in strikeouts (102) while producing a 0.69 ERA.

He can be magical at shortstop too. Watch him play there for even an inning, the way he can seemingly track down any ball, and you quickly understand one thing — he’s just got a knack for it.

“Part of it is the baseball thing,” Howard said. “He starting out in the outfield there … that’s part of it.”

Olson, the younger brother of WCHS two-time all-state linebacker Caleb Olson, may get the opportunity to add to his total tonight against a Perry team that has thrown 10 INTs already this season. 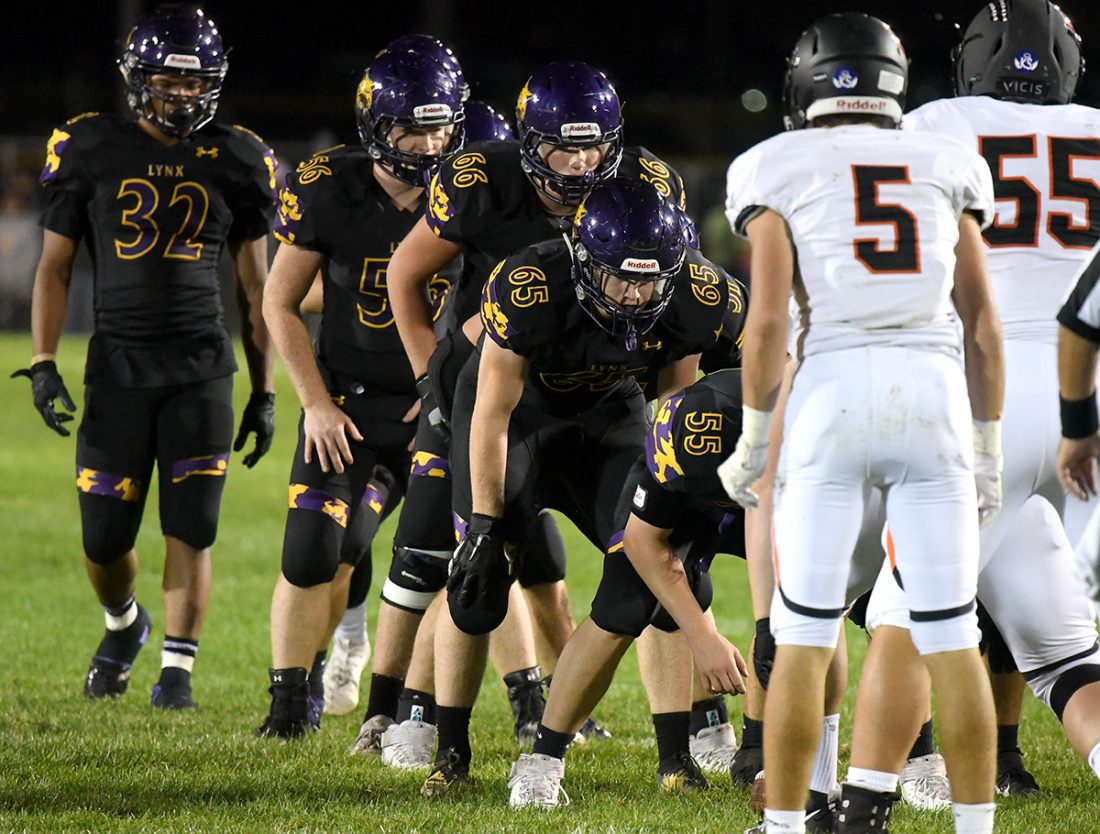 It was also be homecoming at Perry, a fact that is not lost on the Lynx players. During the early years of Howard’s tenure at WCHS, opponents frequently scheduled the Lynx for homecoming, but that quickly changed once Howard resurrected the program into a statewide power.

Is the fact that Perry scheduled WCHS for homecoming a message? Howard as no idea, but he can certainly play it up for motivation.

“People don’t pick you for homecoming because they think it’s going to be a fun dance,” Howard said. “In this case, I don’t know who they were going to pick, but I wouldn’t have picked us I guess.”

Perry won’t have only Olson to contend with. On the other side of the ball, the Blue Jays will have the unenviable task of trying to slow down junior tailback Trey Mathis, who is No. 4 in 3A with 714 yards rushing — or put it another way, 172 more yards than Perry’s entire offense has registered this season (542) — and a class-leading 15 touchdowns. He’s surpassed 100 yards in each outing this season and has more than lived up to Howard’s expectations.

“Trey Mathis is the real deal. He’s good,” Howard said. “We thought he was going to be a pretty good one … he’s strong and he’s fast and he has good instincts.

“He’s also benefitted from our line coming together sooner than I thought it might.”

Ending the two-game slump is the No. 1 goal for WCHS.

“If we take care of business, this should be a game that we can hopefully control,” Howard said. “I’m always more worried about us than our opponents, and for five weeks we’ve come out ready to play right off the bat. I can’t complain about that.”

The Lynx can’t afford another slip-up if they want to keep their postseason hopes alive.

WCHS junior cornerback Tyler Olson hands the ball to the official following one of his seven interceptions this season. He’s had at least one INT in every game on his way to the Class 3A lead. DFJ photo/Troy Banning