No. 6 Titans unbeaten in district for more than 3 years 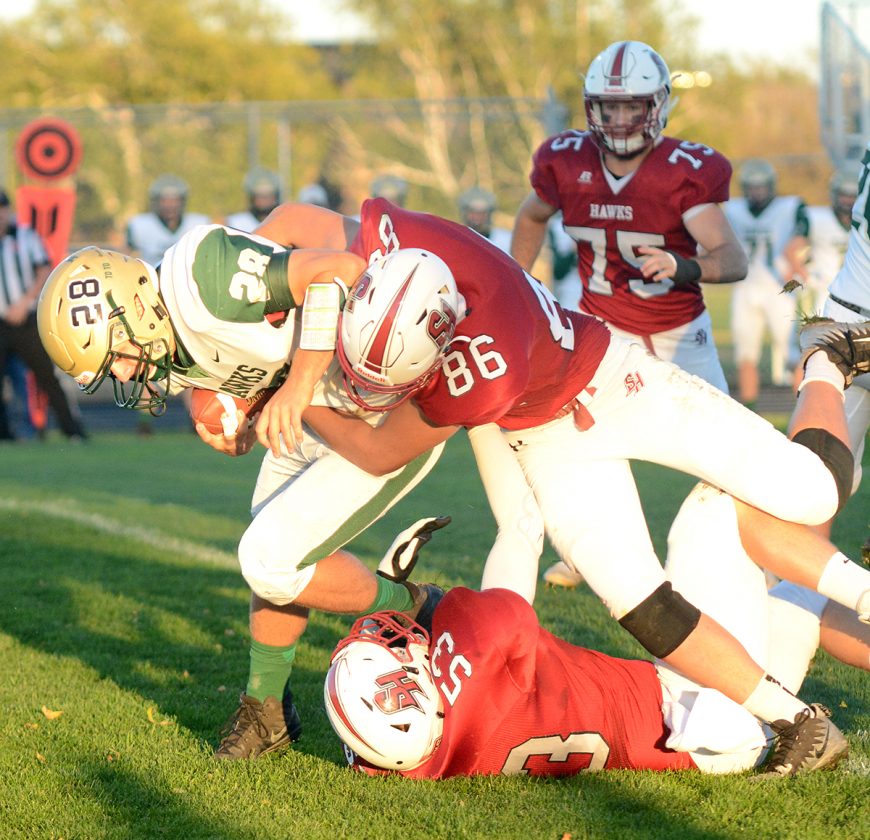 WEBSTER CITY — The South Hamilton football team will face its toughest test to date this evening when it makes the long trek to Lake City to tangle with sixth-ranked (Class 1A) and unbeaten South Central Calhoun.

With three consecutive victories under its belt, South Hamilton (3-2, 1-0) will attempt to take down Goliath, something no district opponent has accomplished against the Titans since Sept. 30, 2016 when Carroll Kuemper gained the upper hand, 35-22.

If South Central Calhoun (5-0, 1-0) has a weakness, either Klemp hasn’t found it or he isn’t telling.

South Central Calhoun, which has outscored its foes 204-21, may be even better on defense where it hasn’t surrendered more than eight points in any one game.

The Titans held off South Hamilton a season ago, 14-8, in what was a defensive struggle from the opening kickoff. The Hawks will look to make tonight’s contest another low-scoring affair.

The Hawks have been stingy themselves in recent weeks, allowing just six points in each of their last two games, wins over Manson-Northwest Webster and Madrid. The trio up front of Jeremiah Smith, Dominic Summers and Colton Willis have controlled the line of scrimmage, but that will be easier said than done this evening.