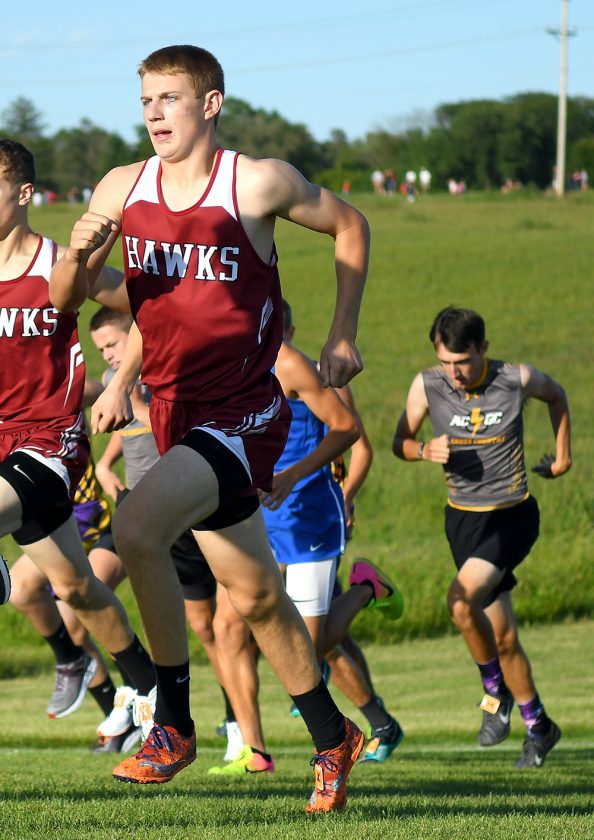 South Hamilton’s Quinton Grove heads down the course at the Gilbert Early Bird in Ames during the season’s opening meet. DFJ photo/Troy Banning

JEWELL — Slowly and methodically, Quinton Grove has been building himself, both mentally and physically, for two races. The first of them will take place later today.

“I’m excited and my body is feeling great,” Grove, a South Hamilton senior, said in the lead up to today’s Class 2A State Qualifying Meet at Fox Ridge Golf Course in Dike. “My head has been locked in ever since (the Heart of Iowa Conference meet), so it should be fun.”

Grove, already a three-time state qualifier, will be one of five ranked individuals in the field on the flat course. But he doesn’t just want to a fourth trip to state; he wants to head to Fort Dodge next weekend as a qualifying champion.

“I’ve definitely been thinking about that,” the No. 9 -ranked Grove, who earned all-state status with a ninth-place finish in Fort Dodge a season ago, said. “I’m going out to win it. Yeah, there are two kids (No. 5 Lake LeBahn of Union and No. 6 Kolby Winter of South Hardin) ranked in front of me, but what does that mean? Not much.”

Grove has one another milestone in his sights as well — the school record of 16:29, set 24 years ago by AJ Samuelson. Grove came within five seconds of it at the HOIC meet and sees no reason why he can’t make another run at it today. 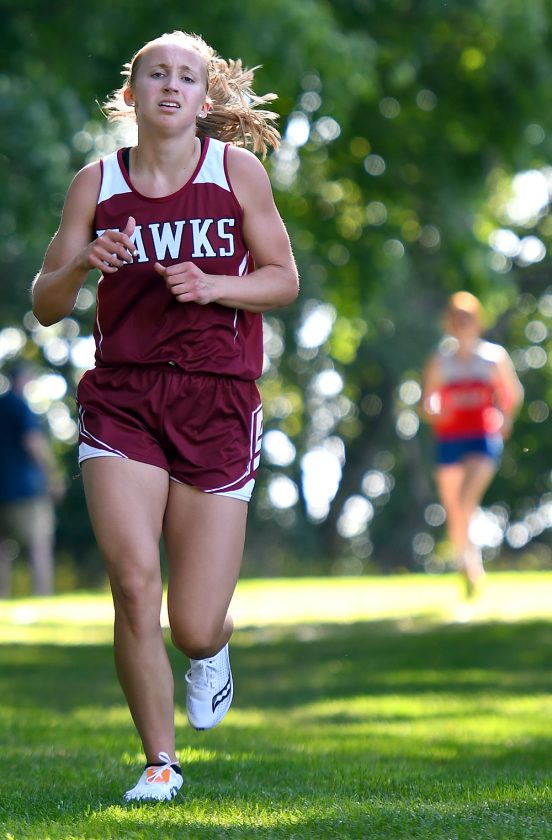 “That’s really the time I’m chasing at this meet,” he said. “It’s a flat course, so I think I can do it there.”

South Hamilton, which will seek out a fifth straight ticket to state, will need Grove to be at his best. But he’ll need help from Ty Skartvedt, Aaron Hegland, Gage Koster, Clay Willadsen, Seth Pencook and Eli Potter to make it happen.

The top three teams and top 15 individuals will advance to Lakeside Golf Course in Fort Dodge for the state meet on Saturday, Nov. 2. No. 3 Monticello, No. 4 South Hardin and No. 15 Grundy Center/Gladbrook-Reinbeck will be favored in the team race, but the Hawks feel like they have an outside chance if they play their cards well.

“I do think there’s an opportunity, but we’re going to need every runner to finish and run the way I know they can,” South Hamilton head coach Emily Bochmann said. “We’ve got a solid five up front, we just need everyone to have a good night.”

The pre-meet favorites on the girls’ side are No. 4 Monticello, No. 8 Jesup and No. 11 Dike-New Hartford. There are seven ranked individuals entered, led by No. 2 Emily Staal of Springville/Central City.

South Hamilton will have a tough time figuring into the team conversation, but junior Abby Ervin is focused on making a push towards the top 15 and gaining her first state berth. Teammate Paige Doolittle has been right with her throughout the late stages of the season as well.

Ervin thought her time had come a season ago, but a leg injury prior to the state qualifier left her hobbled and out of contention.

“I know Abby is pushing and really trying hard to make state,” Bochmann said. “She’s going to have kind of an uphill fight, but if she runs her race and she runs like she did at conference, I think she’s got an outside shot.”

South Hamilton’s Quinton Grove heads down the course at the Gilbert Early Bird in Ames during the season’s opening meet. DFJ photo/Troy Banning