Flaugh enters tonight as the top rusher in Class 1A?District 2 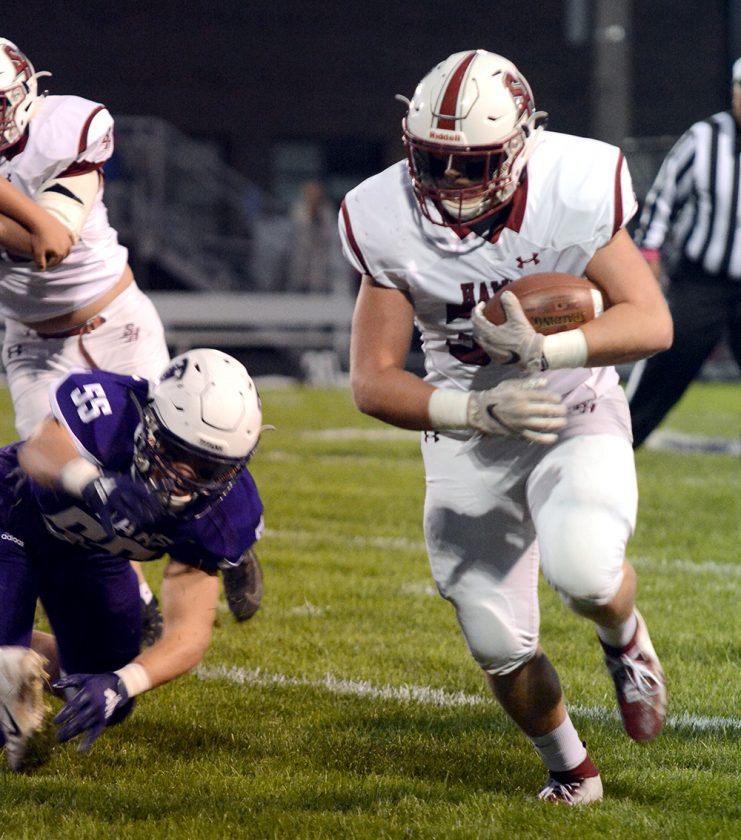 JEWELL — South Hamilton can move one step closer to a runner-up finish in Class 1A District 2 this evening when it hits the road to take on Ogden at 7 p.m.

South Hamilton will be tasked with trying to contain Ogden’s do-everything quarterback Sam Christensen, who has accounted for 1,728 yards and 21 touchdowns this season. Christensen leads the district in passing (1,221 yards and 11 TDs) and is No. 4 in rushing (507 yards, 10 TDs).

In 155 passes, Christensen has been intercepted just five times. He has a pair of weapons on the outside in Griffin Diggs (12.9 yards per catch, five TDs) and Kolby Moorman (16.3 yards per catch, 2 TDs).

South Hamilton will do what it can to keep the ball away from Christensen with its ball control offense. That starts with bruising fullback Cade Flaugh, the district’s rushing leader with 861 yards. He’s also reached the end zone a district-high 12 times.