Lynx held to a season-low 122 rushing yards, but rally late to make it interesting 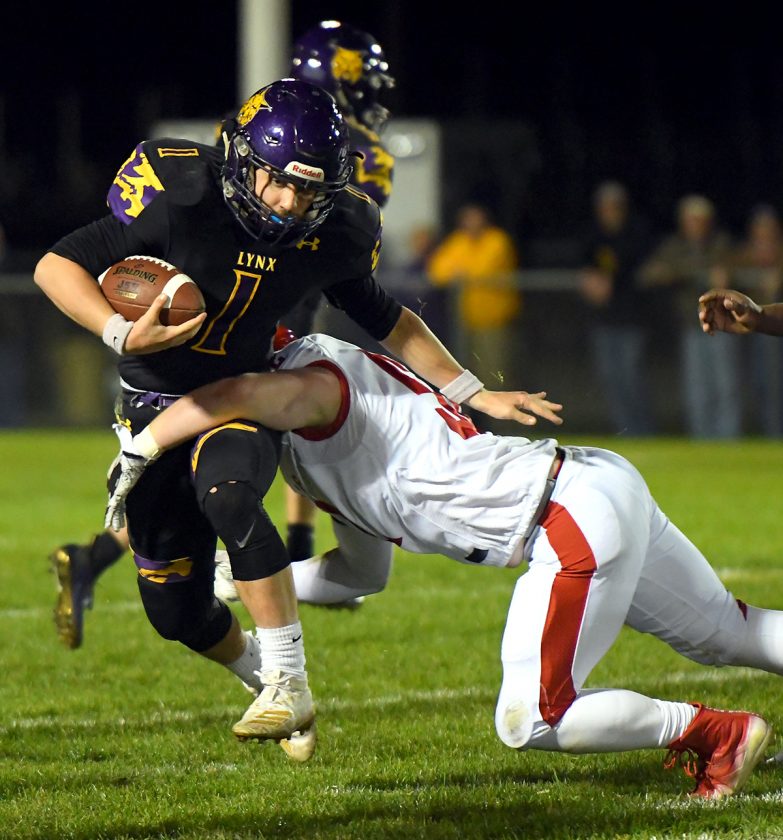 WCHS spinback Gabe Humphrey (1) is hit as he attempts to escape the pocket during Friday’s 41-27 loss to No. 9-ranked Dallas Center-Grimes at Lynx Field. DFJ photo/Troy Banning

WEBSTER CITY — Excuses are like … well, you probably know the saying. Maybe that’s why Webster City’s players refused that crutch as they stood drenched in sweat in the dark of night just a few paces from where they took it on the chin at Lynx Field on homecoming Friday night.

Jack Van Diest, a junior fullback and linebacker, brushed aside the fact that ninth-ranked (Class 3A) Dallas Center-Grimes had 71 players in uniform to Webster City’s 42. He wanted no part of the realization that the Mustangs’ freshman roster is almost as big as the Lynx entire program.

“I wouldn’t say the bodies were overwhelming,” Van Diest said after DC-G built a 35-14 lead after three quarters, saw its lead dwindle to 35-27 and then held on for a 41-27 win over the Lynx. “I think overwhelming was us getting penalties and starting first-and-20 or second-and-20. There’s not any plays in our playbook to get 20 yards.”

WCHS (5-3) was only penalized four times, but all were drive killers. And while DC-G might not have sapped the Lynx energy, its numbers advantage and the fact that all of its starters played only one way certainly played a role in the outcome.

“I don’t know if they wore us out or wore us down, but they are definitely a product of playing one way and they get twice the (repetitions in practice),” WCHS head coach Bob Howard said. “They can do a lot of things because they get twice the time to practice, and more power to them for being able to do that.” 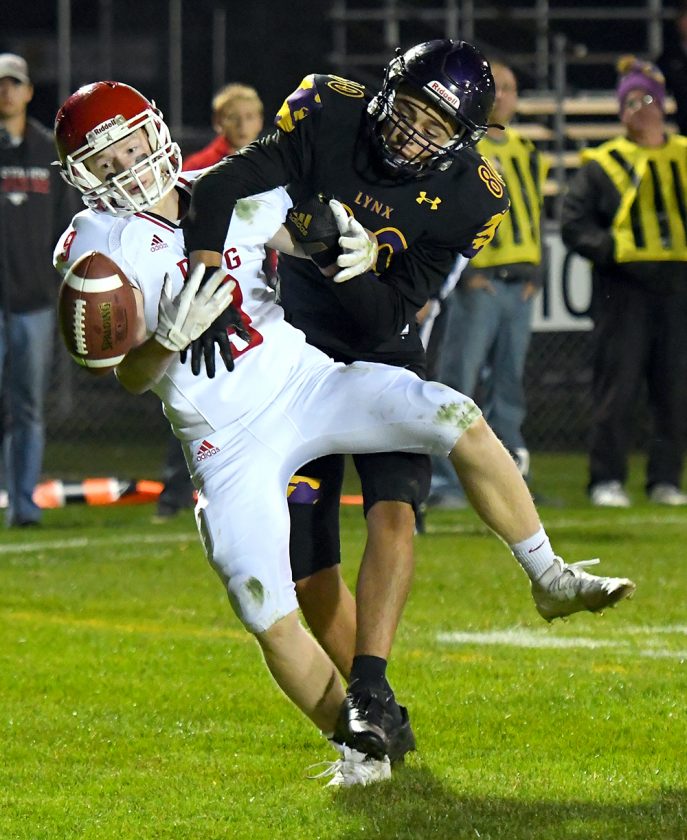 Even with all of the build-in advantages, the Mustangs (7-1) still had to sweat it out of the final 12 minutes to preserve their spot atop the District 2 standings alongside Carroll.

A Trey Mathis interception on a screen pass set up a 1-yard touchdown run by the WCHS junior linebacker and tailback with 7:11 remaining to pull the Lynx within 14. DC-G fumbled the ball away on their next possession when a snap flew over the head of quarterback Ty Walker, and a few plays later, on fourth-and-goal from the 7, wingback and homecoming king Garrett Whitmore took the ball around the left end and stepped just inside the pylon to make it 35-27 with 2:03 on the clock.

The home crowd’s excitement grew moments later when Van Diest was able to recover an onside kick near the DC-G sideline. WCHS was 53 yards away from potentially knotting the game with a touchdown and two-point conversion.

But reality went in the other direction.

Whitmore was dropped for a loss on the next play and it was followed by a Gabe Humphrey pass that sailed into the arms of DC-G safety Nic Lawton. 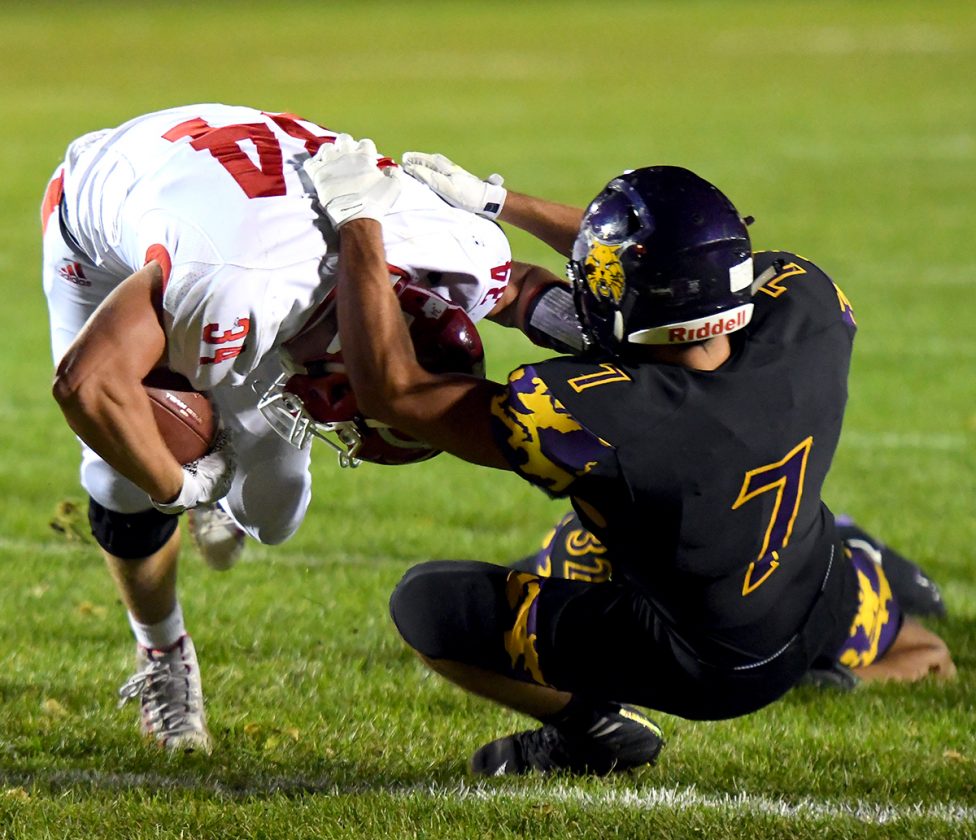 The Mustangs put the game on ice courtesy of a 55-yard gallop to the house by bruising tailback Zach Brand with 1:38 remaining.

“Execution wise it didn’t go so well, but the heart was pretty good,” Van Diest said of the Lynx rally. “Our team doesn’t like to quit.”

Brand, who missed four games to injury earlier this season, was a wrecking ball on his way to 217 rushing yards and two TDs on 31 carries. Walker also threw for 207 yards and four scores to three different targets. Six different Mustangs caught at least one pass.

“They have a nice diverse offense,” Howard said. “And (Brand) is good.”

DC-G also limited the Lynx to a season-low 122 rushing yards and only 2.7 yards per carry. WCHS had 12 plays that went for either zero yards or a loss, and the offensive penalties — two holding calls, a personal foul and a procedure — backed it up even more. 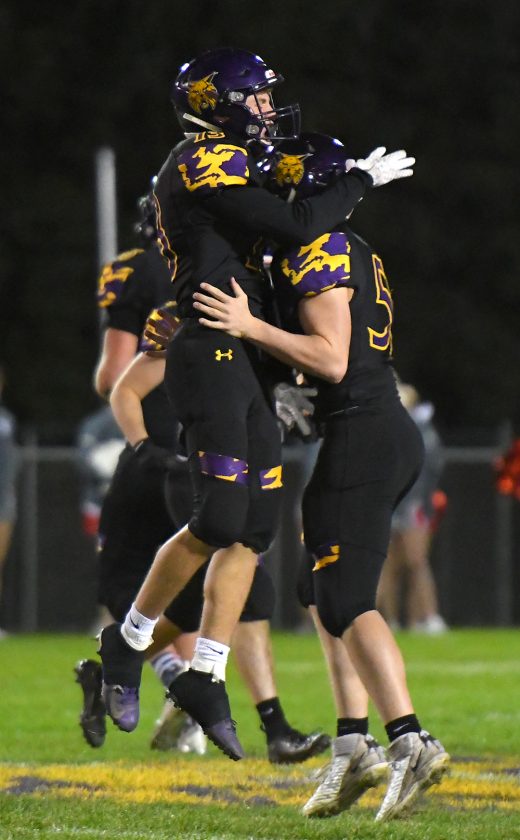 “We fight, but we make a lot of mistakes too,” Howard said. “We put ourselves in too many holes.”

DC-G out-gained WCHS 469-209, and 87 of the Lynx yards came on a fluke play in the first quarter. A Humphrey pass intended for Tyler Olson was batted into the air by Lawton, but it ricocheted right to Whitmore, who turned on the jets and took it to the house.

Whitmore made another big play late in the first half — a 69-yard kickoff return that set WCHS up at the Mustangs’ 25. With just 22 ticks left in the half, Mathis plunged across the goal line from the 1 to pull the Lynx within 21-14.

Keyed on throughout the contest, Mathis — the district’s leading rusher — still churned out 92 yards on 23 totes. But DC-G limited Whitmore to only seven yards on 11 attempts, while Humphrey added 23 yards on 12 carries.

The Mustangs busted things open with TDs on both of their third-quarter possessions. Brand went up the middle for a 23-yard score and Walker hit Caden Grimes on a 19-yard fade in the corner of the end zone. 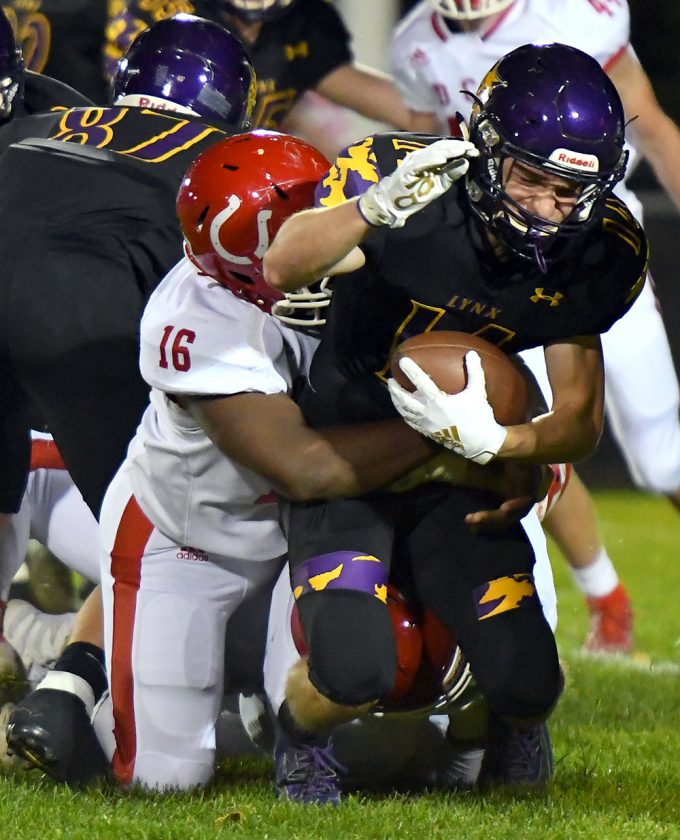 Grimes also had a 35-yard TD grab in the first half. Isaac Boley reeled in a bomb that he took 71 yards for a score and Cody Hall had a 3-yard TD reception on fourth-and-goal in the first half as well.

Walker made the one mistake on the Mathis interception, but he stayed away from Olson, the 3A leader in picks with nine. It was the first game this season in which Olson didn’t walk away with at least one INT.

Van Diest led the WCHS defense with 10 tackles and he was in on two sacks. Malachi Montes and Olson registered 81⁄2 and 71⁄2 tackles, respectively. Connor Hanson and Alex Ford both added a tackle for loss.

Out of the playoff picture, WCHS will close out the season at home against Boone (1-7) on Friday. But Howard says his team is playing for more than just pride.

“It’s a very big deal and we’re approaching it as a big deal,” he said. “It will be a big game to finish off the season well.”

To do that, Mathis says the Lynx have to remain focused.

“We can’t slack off and we can’t take any shortcuts,” Mathis, who leads 3A in rushing TDs with 23, said. “For all the people that thought we weren’t going to do anything this year, it’s of great importance to us.”

WCHS spinback Gabe Humphrey (1) is hit as he attempts to escape the pocket during Friday’s 41-27 loss to No. 9-ranked Dallas Center-Grimes at Lynx Field. DFJ photo/Troy Banning