Butz stuns even herself at NCC meet, takes Lynx girls along for the ride 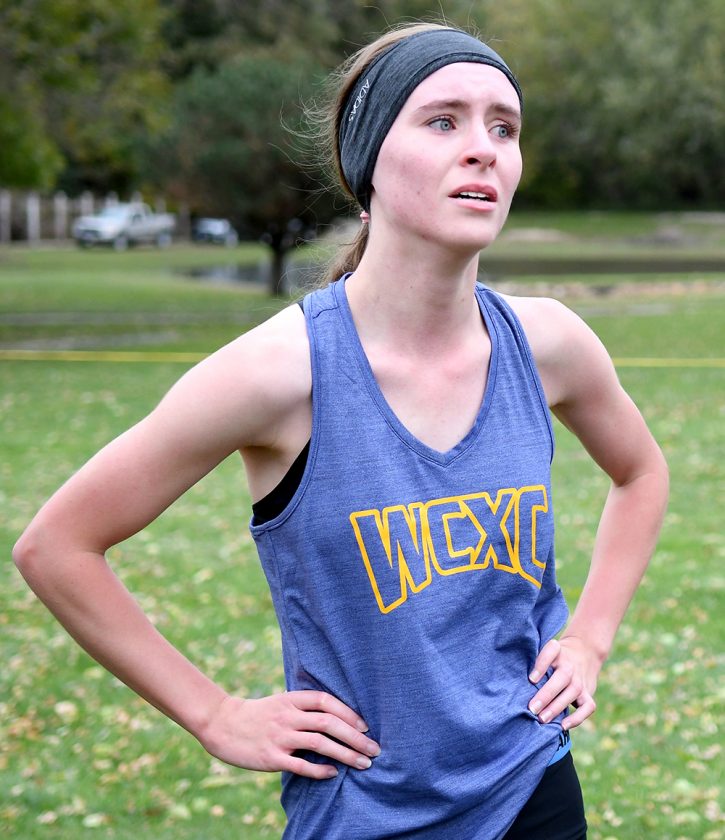 WEBSTER CITY — Kaelyn Butz kept repeating the same phrase, over and over again, as she stood with her hands on her hips inside the finishing chute at Tuesday’s North Central Conference cross country meet.

Butz, a Webster City junior, wasn’t loud or demonstrative. It was almost as if she was slowly allowing herself to believe what had just happened.

And reality was a great thing.

Stuck in the 26-minute range all season long, Butz had the breakthrough she’s dreamed of on her home course. She toured the Webster City Links alongside teammate Jacie Crutcher and eventually pulled in front late en route to an 11th-place finish in 22:17, which tied her career-best time. 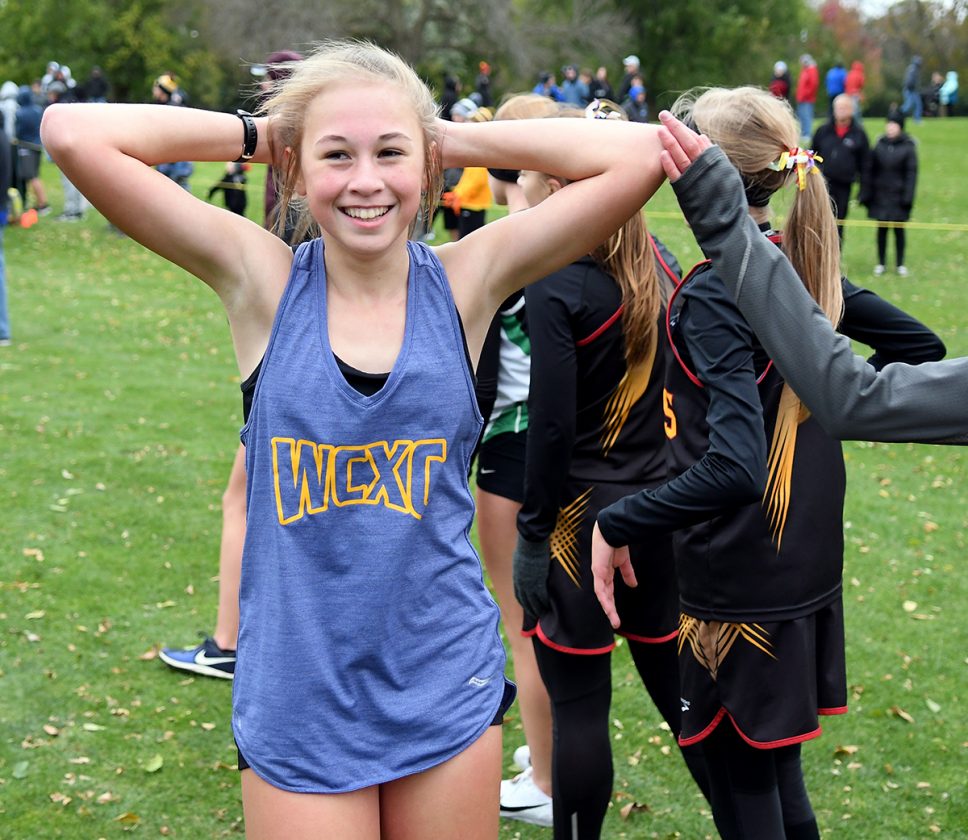 “I couldn’t believe it, I was just so happy,” Butz said of her reaction after crossing the finish line. “Throughout the entire season I’ve been in the 26s and I couldn’t get out of them. So when I saw the 22 I was so excited.”

Crutcher, who had led WCHS in every race this season prior to Tuesday, gets the assist for Butz’s performance.

“It was a little after the mile and a half mark and Jacie said to me, ‘Stay up with me,’ so I knew I had to do it,” Butz said. “I just kept looking forward.”

Crutcher put together a quality performance as well. She came across the finish line just nine seconds after Butz with a time of 22:26, a season’s best and good enough for 15th in the field of 52 competitors. 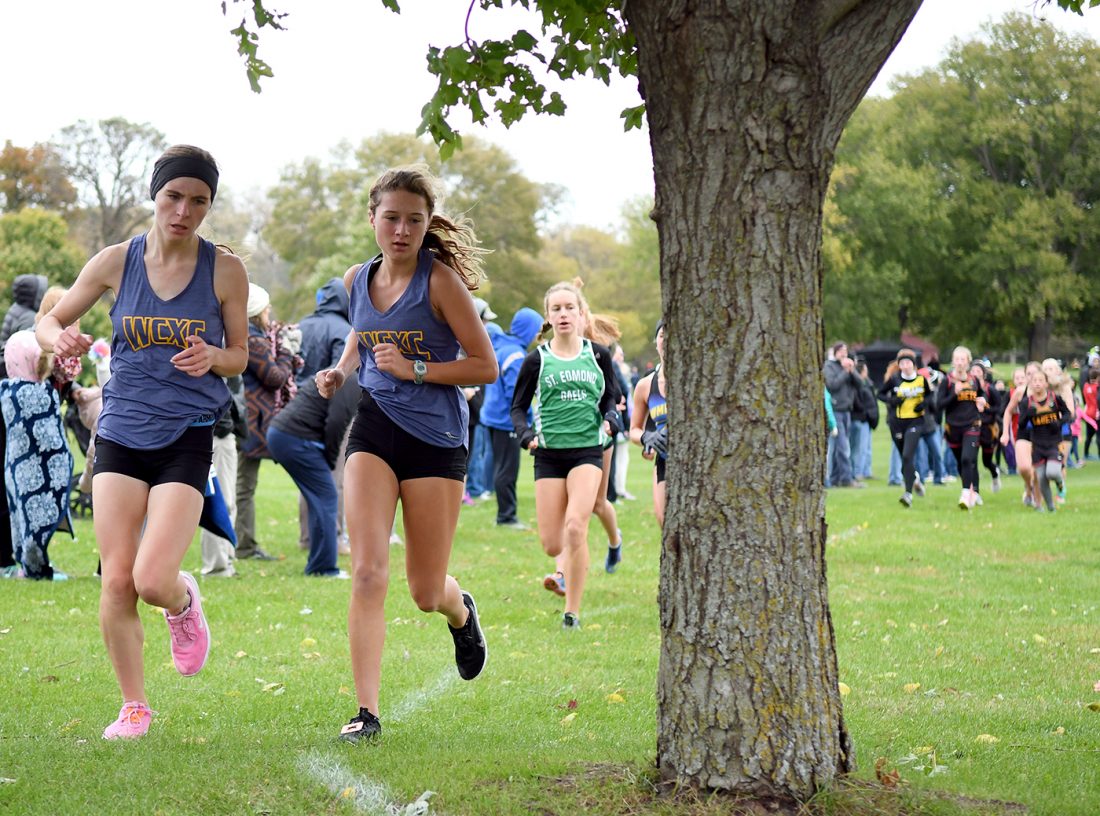 The duo keyed the top showing of the season for the youthful Lynx, who placed fifth with 123 points, well in front of sixth-place Clear Lake (155). That finish had an equally stunning effect on Butz.

“I’m at a loss for words I guess,” she said. “We were like, ‘Oh my gosh, it’s cold and it’s windy,’ and we were nervous because it was conference. So I’m sure we’re all surprised with how well we did.”

Iowa Falls-Alden/AGWSR placed three runners inside the top seven and ended Humboldt’s six-year stranglehold atop the conference. The Cadets tallied 50 points to coast to the team title, 20 points ahead of both runner-up St. Edmond and Algona (70). The Gaels secured the runner-up position on the strength of the sixth runner tiebreaker. Humboldt (71) was one point behind in fourth.

Humboldt senior Bryce Gidel became the most accomplished runner in league history by becoming the first female or male to win four individual titles. She out-kicked the Cadets’ Ellie Meyer over the final 400 meters and crossed in 19:05 to break her own course record (19:39), set during the Lynx Invite in 2017. Meyer (19:15) also smashed the previous record. 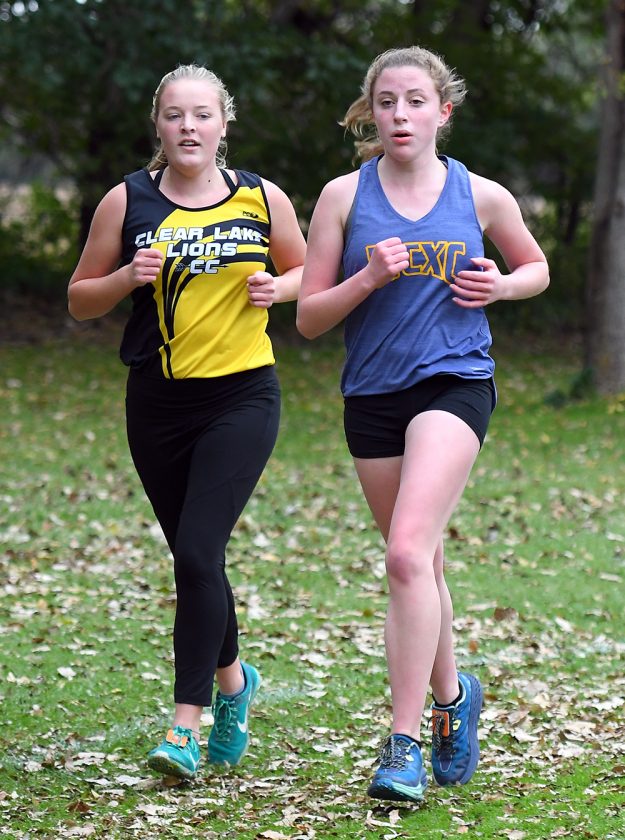