WCHS sophomore to wrestle against the nation’s top 106 pounders in Greensboro, N.C., next month 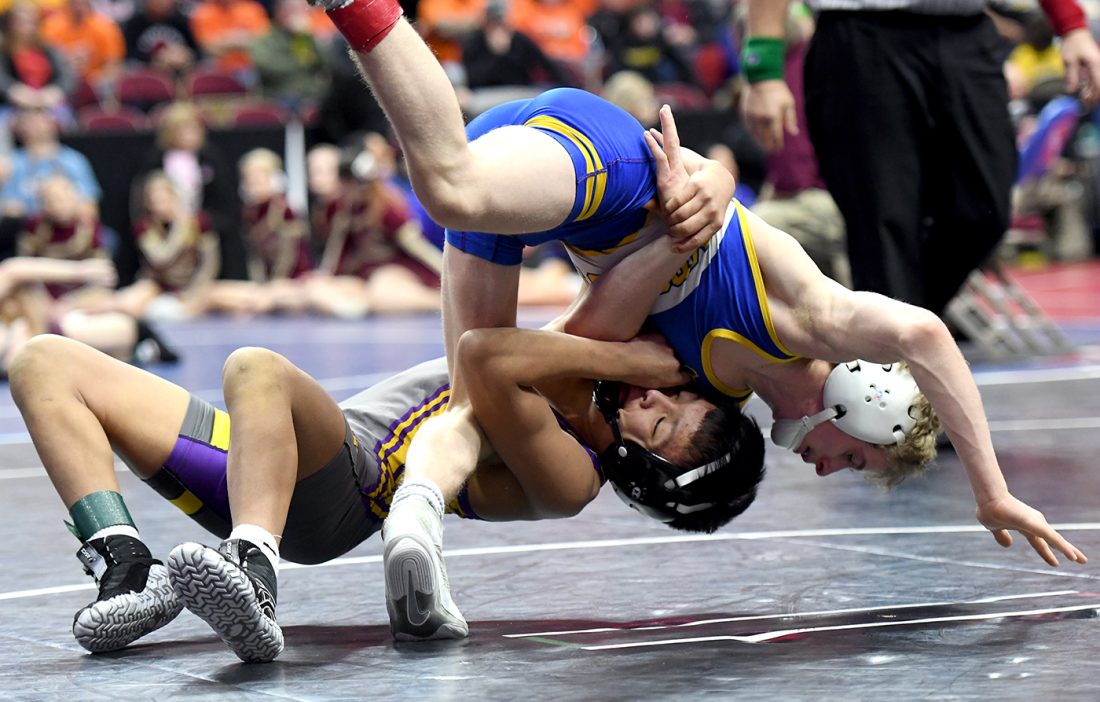 WEBSTER CITY — Webster City sophomore wrestler Camron Phetxoumphone will take his shot at many of the nation’s best 106-pound grapplers later this fall when he takes part in the Super 32 Challenge in Greensboro, N.C.

Widely regarded as one of the top preseason folkstyle tournaments in the country, the Super 32 will be held Oct. 12 and 13.

“I’m really pumped for it,” Phetxoumphone said. “I’ve been training really hard these last few months. It’s a really tough, crazy tournament, but just going down there and representing my state and school will be really cool.”

Phetxoumphone earned the ability to register early for the Super 32 by placing second at an early-entry tournament in Kansas City this past weekend. Phetxoumphone went 3-1 with a fall, technical fall and 8-2 decision to reach the finals. He dropped a 7-3 decision in the championship bout to Christopher Coates out of Louisville, Ky.

Phetxoumphone said his focus has been on the Super 32 since a disappointing performance at the Junior National Freestyle Championships in Fargo, N.D., this summer.

“I obviously don’t want it to turn out like Fargo,” he said. “Since Fargo, I’ve changed my mindset. I just wanted to focus on wrestling more and cancel out everything else. I’ve focused 100 percent on wrestling these last few months.”

Phetxoumphone will begin his second season with the Lynx wrestling program in November. As a freshman, he compiled a 40-6 record at 106, won a North Central Conference title and placed fifth in Class 2A at the state tournament.

He says he expects to remain in the lightest weight class this upcoming season as he attempts to compete for a state championship.

“I’m so ready for the high school season and I just can’t wait for what our team has to bring,” he said. “I think (the Super 32) will get me prepared for high school and the upcoming season.”

To help offset the cost of the trip to Greensboro, Phetxoumphone is selling egg rolls for $1 each.