NOW IT GETS REAL 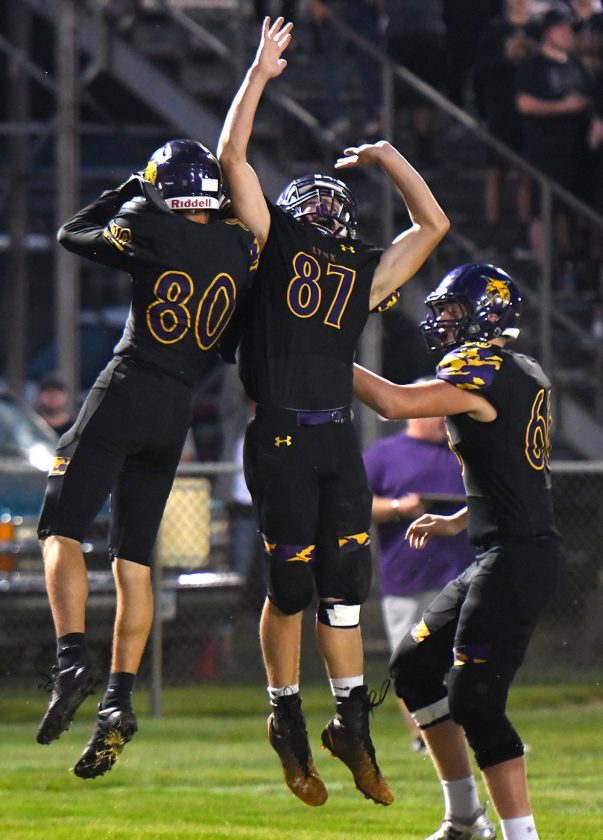 WEBSTER CITY — Storms will have to be weathered by Webster City on several different fronts when district football gets underway this evening.

For starters, the Lynx (3-1) are one of the key players in the spotlight match-up in Class 3A District 2, as they’ll host defending district champion Carroll (1-3) at 7:30 p.m. And then there’s the actual weather, expected to be lousy — potentially cold, rain and lots of it, to be specific.

But whether the night is moderate and sunny or a quagmire, Lynx head coach Bob Howard knows his club has a job to do. The simple truth is that District 2 is not perceived to be a 3A powerhouse division and the likelihood of more than one team pushing on to the playoffs next month is slim at best. In other words, even one loss could be crippling.

So there’s no room for a hiccup.

“This is the big game in the district this week and whoever wins this, they’ve got one leg up on everybody else,” Howard said. “Whoever is going to the playoffs out of our district needs to win every one, but you’ve got to win this one so you can get to the next one. Every win counts the same.” 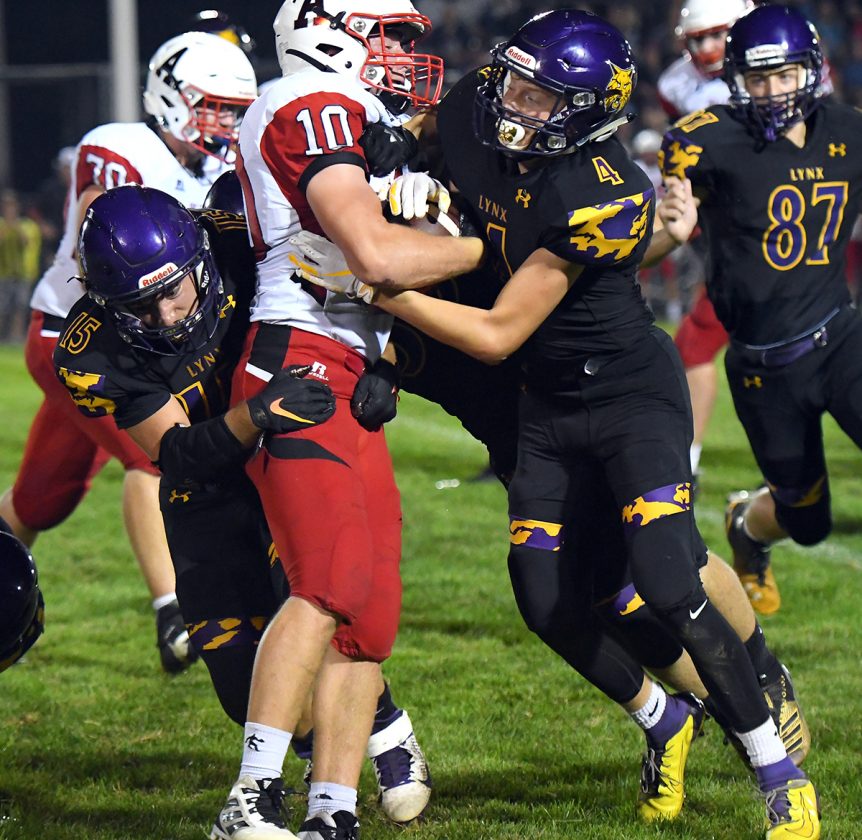 WCHS is coming off a loss, but it was one that galvanized a Lynx club that has thrived with a chip on its shoulder through four weeks of the season. No one predicted WCHS to be 3-1 at this point in the season, and very few people expected it to push third-ranked (Class 2A) and unbeaten Algona (4-0) to the final seconds seven days ago before the Bulldogs exhaled with a 34-33 victory.

And you better believe that setback was motivating.

“It’s fuel going forward for us for sure,” WCHS senior spinback Gabe Humphrey said after last week’s contest. “We have a great shot at winning this district and we’ve got great things to look forward to.”

Carroll isn’t about to hand over the title though, and just like a year ago when the Tigers entered the district slate with just one win, they are not to be taken lightly. At 1-3 at this point 12 months ago, Carroll rattled off five consecutive wins to sweep through the district.

And one of the biggest pieces to Carroll’s district championship team is back under center. After throwing for 1,496 yards a season ago, Colby Vincent is again in charge of the Tigers’ offense. He’s accumulated 596 yards and six touchdowns through the air through four weeks, which included losses to Glenwood, Harlan and fourth-ranked (4A) Fort Dodge.

Carroll will run out of the spread and let Vincent operate in three and four wide receiver sets. Four of his options on the outside — Tory Feldman, Luke Woosley, Colby Christensen and Ryan Johnston — all average better than 11 yards per catch.

“They’re running the same plays and stuff as last year … it’s nothing we really haven’t seen,” Howard said. “They ran the ball a little bit against Fort Dodge, but part of that was how (Fort Dodge) played defense.”

The expected weather could play a factor. If the rain clouds open, will that hinder the Tigers’ downfield scheme? Perhaps, but it could also muddy up the Lynx vaunted ground game, which is predicated on misdirection and snaps to various players out of the shotgun.

“You never know how you’re going to respond with ball handling (in wet conditions), but usually that would help us,” Howard said. “During offseason speed training, we go out at 6:30 in the morning in the summer and it’s always wet. So we do a lot of work on foot placement and not slipping and sliding, so hopefully some of that will help.”

The biggest issue the WCHS offense could face is Chase Gladden, Carroll’s 6-foot-3, 255-pound defensive tackle that owned the Lynx offensive line when the Tigers beat the Lynx, 28-14, last season. Gladden had just two tackles, but he nearly singlehandedly closed the running lanes between the tackles.

“Gladden is very good,” Howard said. “He’s big and he’s fast and he has a good motor. He took us a part last year in the first half, so we’ve spent a lot of time addressing him.”

WCHS brings the No. 6-ranked rushing offense in 3A into the contest. Tailback Trey Mathis is No. 4 on the individual leaderboard with 573 yards and a class-high 13 touchdowns, while wingback Garrett Whitmore is 12th with 411 yards and a 7.3 yards per carry average.