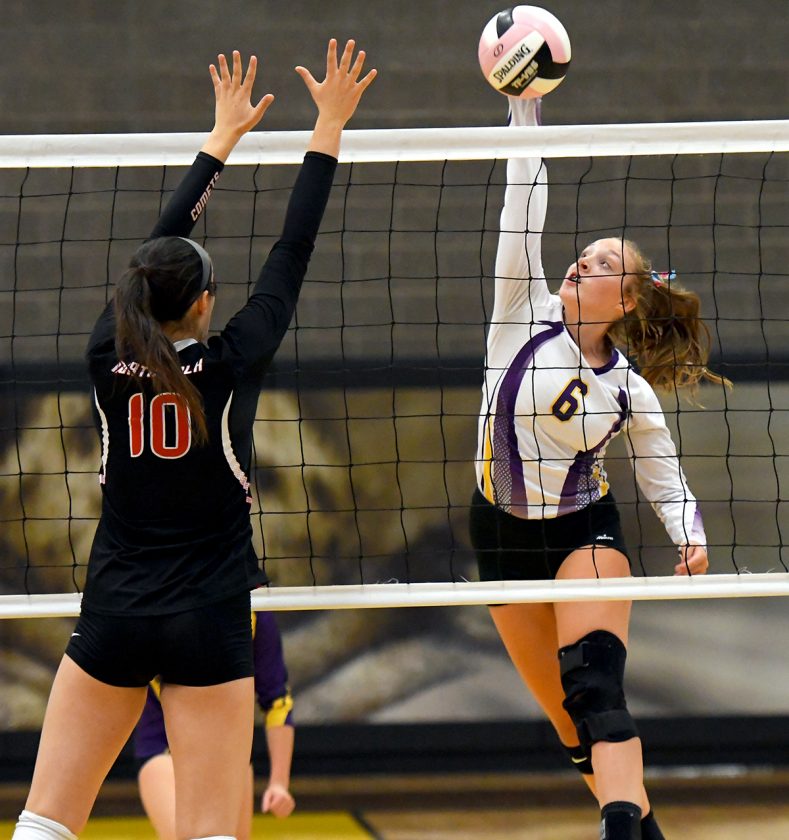 WEBSTER CITY — Twelve straight sets, six consecutive matches, it was all going so well for the Webster City volleyball team.

And then North Polk stepped onto the opposite side of the net and showed the Lynx there’s still plenty to work on.

Webster City’s perfect start to the season was upended by the Comets in the final match of a triangular inside the WCHS gymnasium Tuesday night. Quicker to the ball and more powerful with its swings, North Polk quickly jumped on the Lynx and never relented in a two-set sweep, 25-11 and 25-20.

“North Polk was really consistent defensively and they were able to get a hand on a lot of the hard-hit balls we had,” WCHS head coach Jess Howard said after her club’s six-match win streak came to an end. “We let them control the tempo of the game and it affected us both offensively and defensively.”

Serve receive troubles early in the opening set quickly put WCHS (6-1) in a bind and it was never able to work its way out. The Comets (6-2), meanwhile, seemingly popped every ball up and were more consistent with their swings. They were never threatened in the bout. 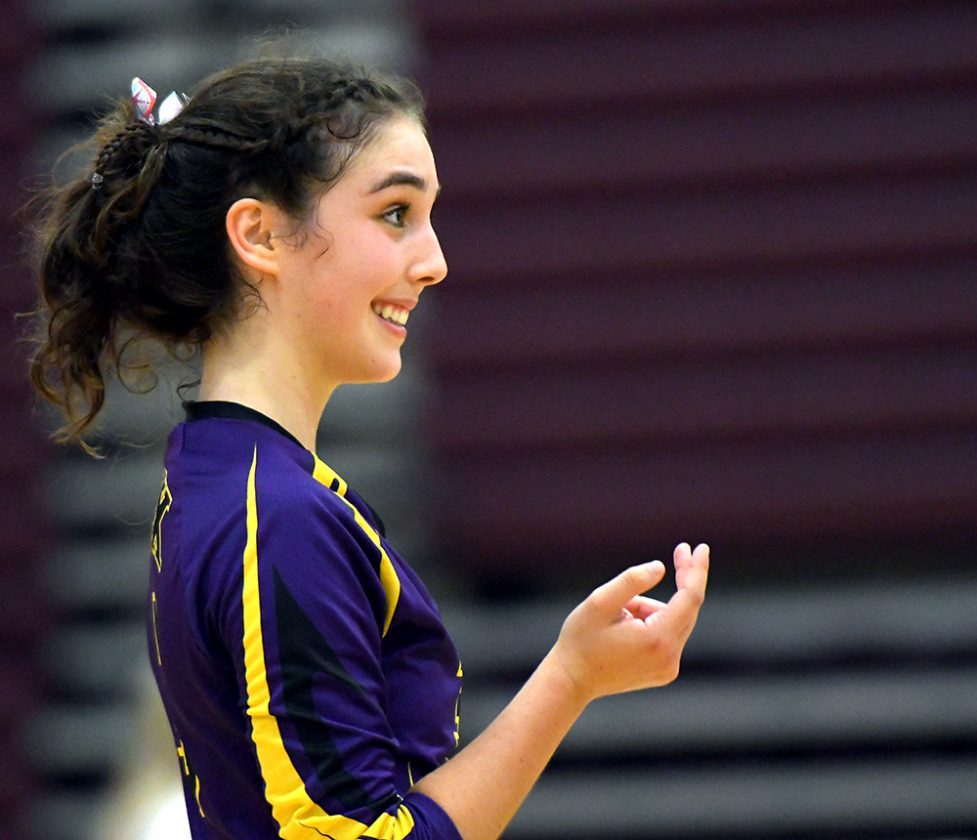 WCHS sophomore libero Alayna Finucan smiles following a point against North Polk on Tuesday. She had 21 digs in the match. DFJ photo/Troy Banning

But Howard quickly pointed out that there’s plenty that can be learned from a setback.

“We just have to grow from this before our first conference match (tonight at Algona),” she said. “We’ve got to take from this how hard you have to work for every single point.”

WCHS made 12 attack errors in the loss. Morgan Gallentine, Adalie Schwandt and Grace Hoversten all had four kills for the Lynx, and Haley Foster added three.

Long rallies allowed WCHS libero Alayna Finucan to throw herself around the court for 21 digs, triple the amount of any of her teammates. Jenna Miller had eight assists. 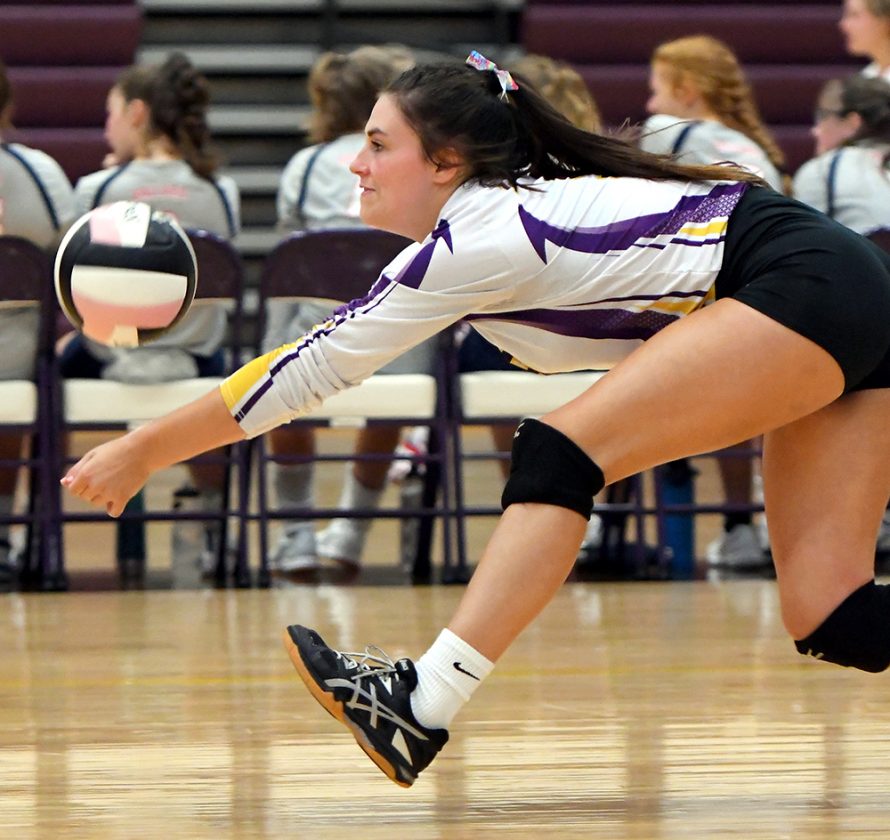 Schwandt and Hoversten were nearly unstoppable in the middle of the court, as they combined for 16 kills and just one error in 27 chances. Gallentine, who splits her time between hitter and setter, had five kills and 10 assists. Miller again directed the offense the majority of the time and registered 13 assists.

Finucan had nine digs and Foster finished with seven.

Howard said WCHS dominated the early and late stretches of their match with Ballard (0-4). Slow periods during the middle of the sets allowed the Bombers to hang around.

“Had we played the way we started the first game and ended the second game, it wouldn’t have been a contest,” she said. “We had some lapses and we just have to stay focused from beginning to end.”

WCHS sophomore libero Alayna Finucan smiles following a point against North Polk on Tuesday. She had 21 digs in the match. DFJ photo/Troy Banning