Four seniors Schwandt, Hoversten, Foster and Gallentine at their best 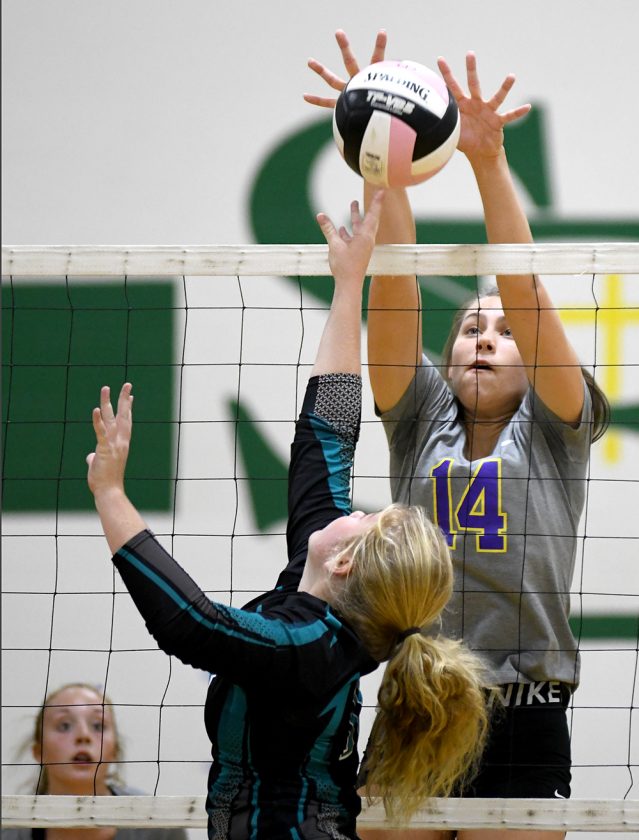 WCHS senior Adalie Schwandt (14) blocks the ball back onto Southeast Valley’s side of the net during Saturday’s St. Edmond Invite in Fort Dodge. Messenger photo/Britt Kudla

They want their final run with the Webster City volleyball team to be memorable and they’re off to a pretty good start.

Playing what Lynx head coach Jess Howard called the best volleyball of their careers, the seniors powered WCHS to the team title at Saturday’s St. Edmond Invite. The Lynx (5-0) swept all 10 sets on the day and won by an average of eight points per set, not exactly close in a race to 21.

“The maturity and leadership was great from those four and that’s what you want to see,” Howard said of her seniors. 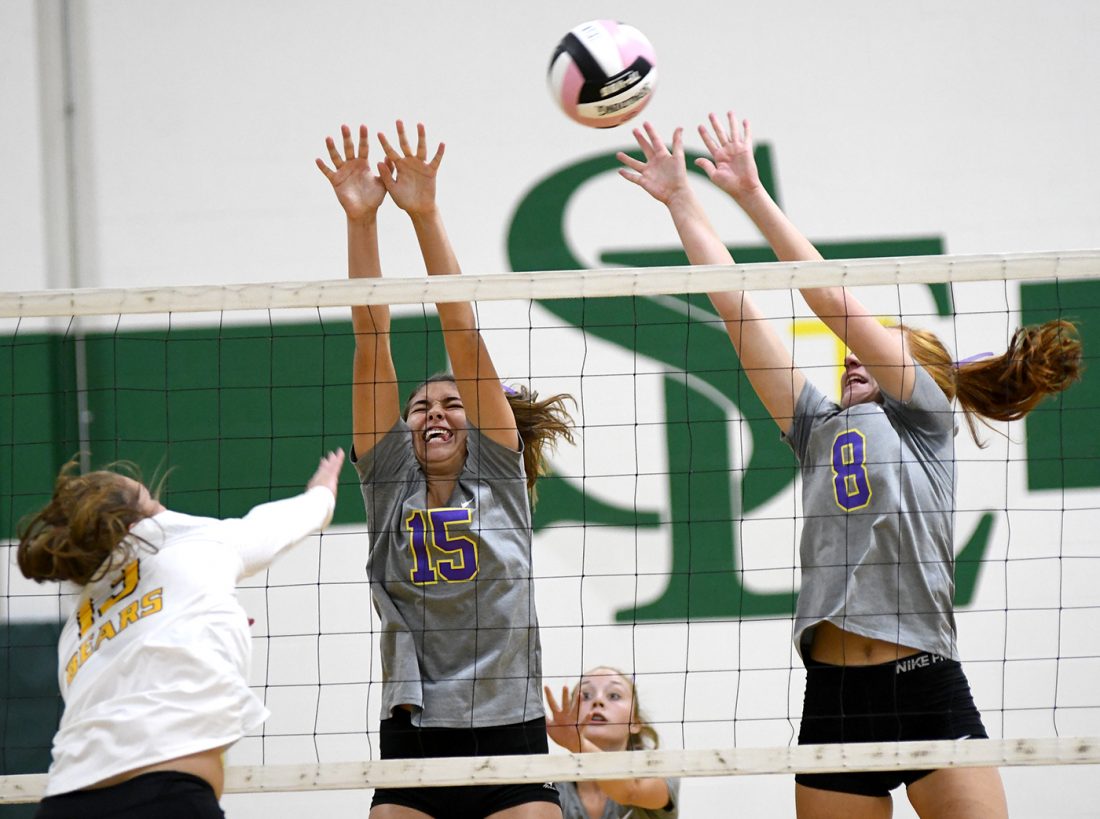 A-P was the tournament runner-up at 3-2.

Howard was encouraged by her team’s play in the front and back rows. WCHS blasted 88 kills, keyed by Schwandt with 34 and Hoversten with 18. Foster and Gallentine cranked out 13 each.

Schwandt, Hoversten and Foster all hit .250 or better. And Foster stood out in back as well where she came up with 30 digs, second on the team behind only sophomore standout Alayna Finucan, the libero who piled up 44.

“We were very consistent at net and powerful at net,” Howard said. “Sometimes you get to the point where you’re hitting the ball out of desperation rather than purpose, but all day I felt like we hit with a purpose. We were able to attack in both the front and the back, and that allowed us to be effective all the time.”

Gallentine in particular caught her coach’s eye. Setting from the back row, she dished out a team-high 46 assists. Jenna Miller took over once Gallentine moved to an attacker role in the front. Miller handed out 23 assists.

“Morgan had a great day … she did well at the net and she did well with (setting) the ball where it needed to be,” Howard said. “With Haley, it’s going to be huge to have her play well defensively like she did (on Saturday). She made good choices when she was swinging also.”

WCHS will make its home debut this evening when it hosts Ballard and North Polk in a non-conference triangular. Play will begin at 5:30 p.m.

WCHS senior Adalie Schwandt (14) blocks the ball back onto Southeast Valley’s side of the net during Saturday’s St. Edmond Invite in Fort Dodge. Messenger photo/Britt Kudla